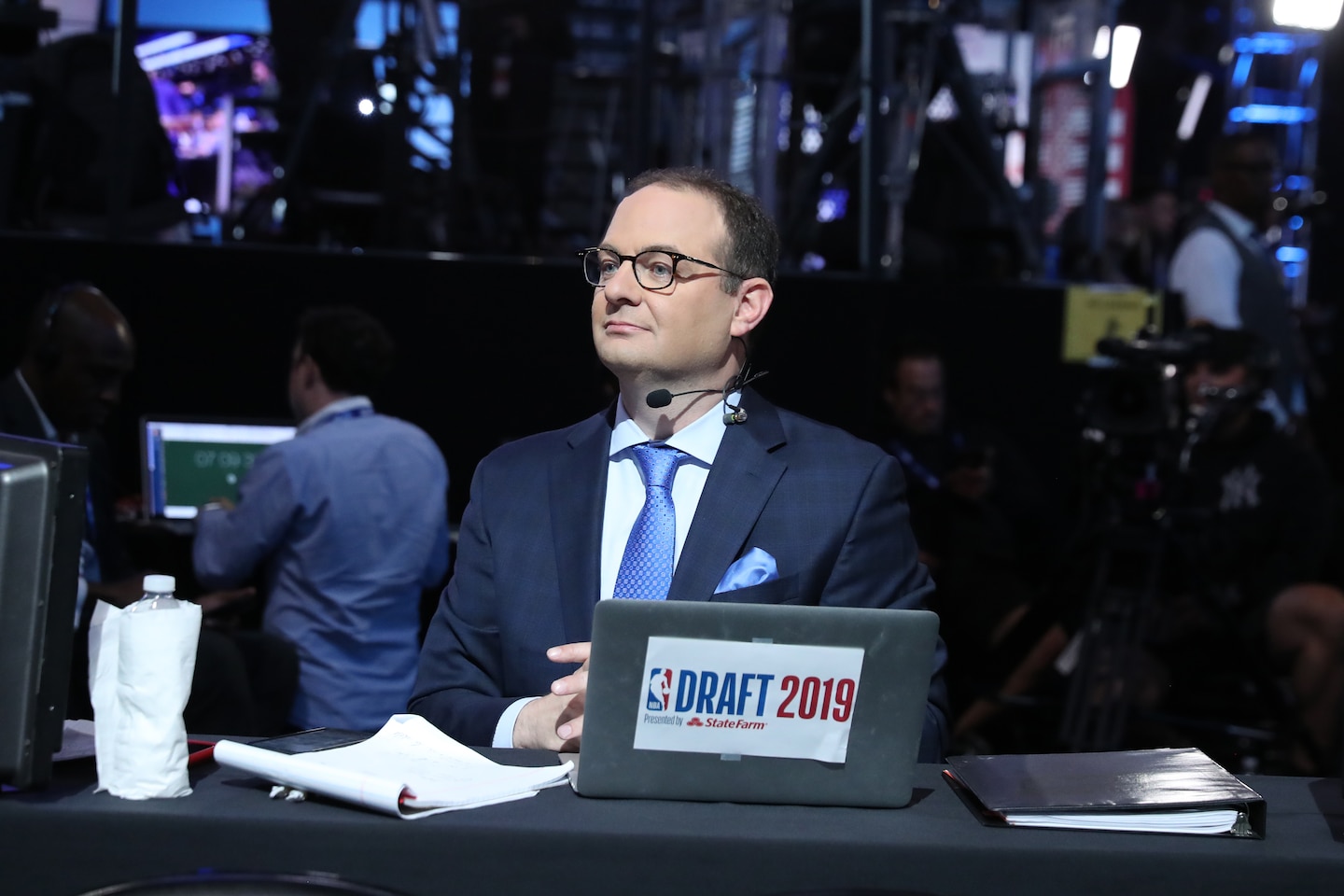 The suspension came after Hawley tweeted an image of an email from Wojnarowski on Friday in which the reporter responded to a news release from the senator’s office with an expletive.

Hawley’s release had publicized a letter he wrote to NBA Commissioner Adam Silver. Hawley criticized the league for deciding to allow messages that promote social justice on its jerseys this summer but not allow messages that support law enforcement or are critical of China’s Communist Party.

In the email sent to Hawley’s press office, Wojnarowski wrote, “F— You,” without censoring the expletive.

Hawley posted an image of the email on Twitter with the message: “Don’t criticize #China or express support for law enforcement to @espn. It makes them real mad.”

Wojnarowski tweeted an apology Friday, writing: “I was disrespectful and I made a regrettable mistake. I’m sorry for the way I handled myself and I am reaching out immediately to Senator Hawley to apologize directly.”

ESPN released its own statement Friday, which read: “This is completely unacceptable behavior and we do not condone it. It is inexcusable for anyone working for ESPN to respond in the way Adrian did to Sen. Hawley.”

According to a person with knowledge of the exchange, Wojnarowski made attempts to contact Hawley’s office Friday to apologize but did not hear back. A spokeswoman for Hawley said the senator was not looking for an apology. Hawley tweeted Sunday that ESPN shouldn’t have suspended Wojnarowski but rather should do more reporting on China’s relationship with the NBA.

As part of the resumption of the NBA season after a hiatus of more than four months amid the novel coronavirus pandemic, the league and its players’ union negotiated messages that players could display on the backs of their jerseys in support of the Black Lives Matter movement and the protests of police brutality and racial injustice happening across the country. In his letter to Silver, Hawley suggested players also display messages that support police and the military.

Hawley’s letter was also critical of the league’s support of social justice causes vs. its handling of Houston Rockets General Manager Daryl Morey, who last fall tweeted his support for pro-democracy protesters in Hong Kong ahead of an exhibition tour in China. The NBA has lucrative television and business ties to China; after backlash from the Chinese government, Morey deleted the tweet and the league called his comments “regrettable.”

Wojnarowski, who is among ESPN’s highest-profile reporters and is best known for routinely breaking news to his 4 million Twitter followers, played a role in that controversy as well. After he liked Morey’s tweet, he was bombarded with threats on Twitter for the perceived slight toward China and support of Hong Kong.

Some prominent figures in the NBA came to Wojnarowski’s defense this weekend. Asked Saturday about Hawley, Los Angeles Clippers Coach Doc Rivers said, per the Los Angeles Times: “I’ll make a challenge: We will do things for the troops as long as [Hawley] acknowledges Black Lives Matter. I think that would be really cool for him to do.”

Rivers added: “You know, it’s funny. Whenever we talk about justice, people try to change the message. Colin Kaepernick kneels. … It had to do with social injustice, and everyone tried to change the narrative. How about staying on what we are talking about and dealing with that instead of trying to trick us or change or trick your constituents? How about being real?”