The NBA has arrived at Disney. Here’s what it looks like inside the Florida bubble. 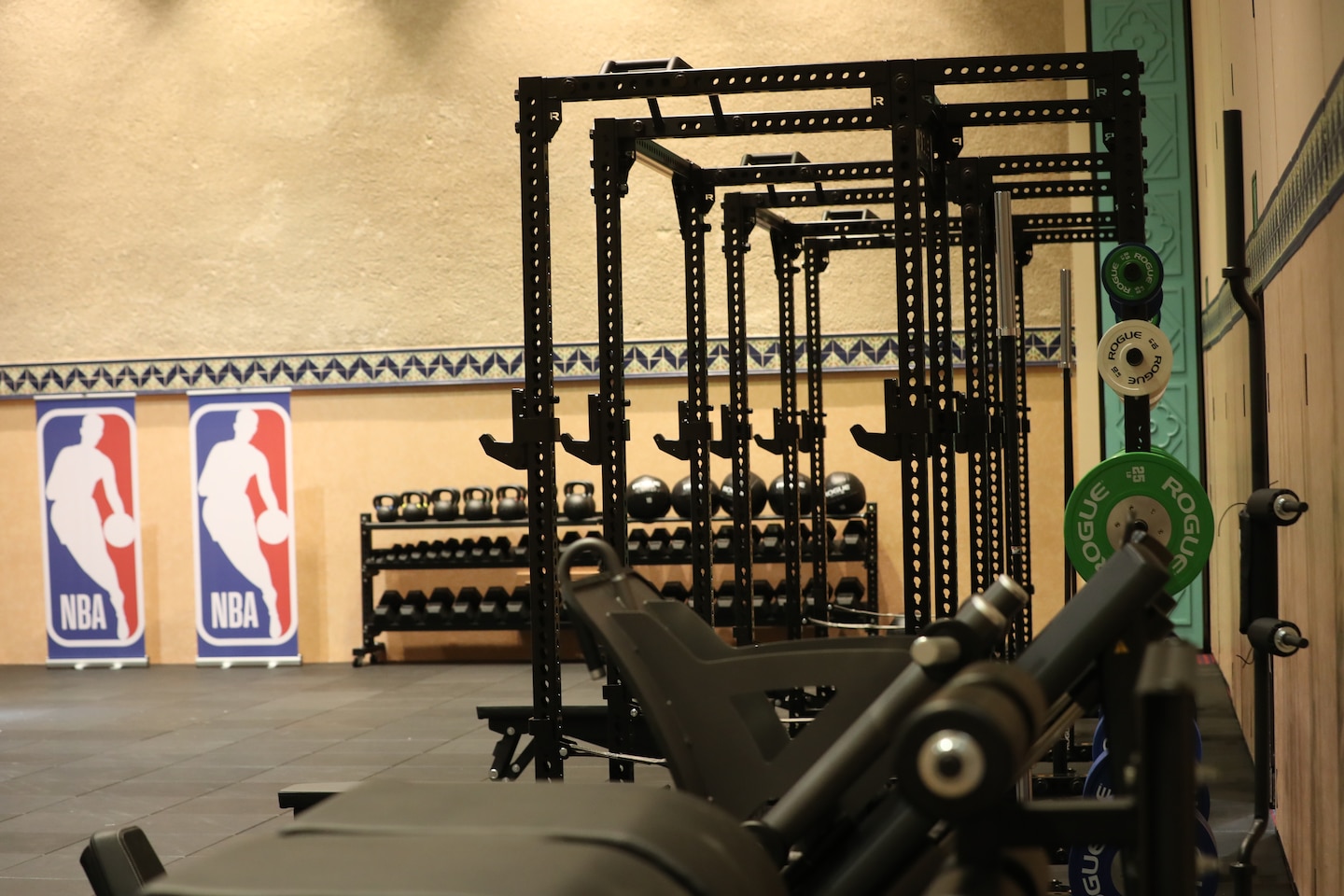 This was the world’s tallest freshman orientation. Seven-footers, with NBA-branded bracelets to access their rooms on their wrists, emerged from a 36-hour mandated quarantine and tried to familiarize themselves with the largely empty and lake-dotted grounds. They shuttled from ballrooms that have been transformed into makeshift practice courts to their hotels, whose stores hawked Mickey Mouse basketball jerseys.

With temperatures reaching 95 degrees and occasional thunderstorms rolling through, players lounged by resort pools, tried their hand at fishing and lawn sports, and hit the links on their days off.

“We all realized how hot Orlando is,” Anthony Davis said, speaking for his Los Angeles Lakers teammates and for the more than 1,000 bubble inhabitants who have traveled here from around North America.

Outside Disney’s sprawling campus, the coronavirus continued to rage — regularly topping 10,000 new cases per day in the state over the past week, including a national-record 15,300 on Sunday. Inside, there was, rightly or wrongly and perhaps only temporarily, a feeling of separation from the health crisis. Vast, empty parking lots greeted a select group of 10 reporters from independent outlets, including The Washington Post, on Sunday, and the hotel property, with lush palm trees and signs warning about alligators and snakes, was eerily quiet.

Weeks of player apprehension and resistance to the plan to play 88 regular season games and four postseason rounds over three months culminated this week with subtle objections and direct complaints about health, social justice and quality-of-life issues.

Philadelphia 76ers star Joel Embiid donned a full-body hazmat suit for his trip to the coronavirus hot spot, appending the tagline, “Get rich or die trying.” Jaylen Brown told reporters he was “very disappointed” in the list of activist messages that players can wear on their jerseys when play resumes July 30. The Boston Celtics forward had participated in a protest march in Atlanta following George Floyd’s death in police custody.

Multiple players snubbed their noses at their new accommodations and quarantine meals, with Lakers guard Rajon Rondo comparing his room at the Gran Destino tower, the nicest of the three hotels housing NBA players, to a Motel 6. And, after saying goodbye to their families, who are not allowed into the bubble initially, both LeBron James and Damian Lillard said they felt like they were going away to prison.

“We’re about to be in luxury jail for three months,” Tobias Harris said on a YouTube video recorded and edited by his 76ers teammate Matisse Thybulle.

Like summer campers or foreign exchange students, though, the players found ways to adjust. Ja Morant, the rookie of the year favorite with the Memphis Grizzlies, pushed back on criticism of the accommodations, saying they were “fine” because he is “not a silver spoon guy.”

One question hangs over the proceedings and will determine whether the good times last: Will the bubble hold? Major League Soccer sent home two teams from its nearby bubble after positive tests, a step the NBA can’t easily take given its tight schedule and postseason stakes.

“We designed this campus so that we could be as protected as possible from the environment around us,” NBA Commissioner Adam Silver told Fortune last week, repeating his confidence that players would be safer inside the bubble than outside while stopping short of making a definitive prediction. “This virus has humbled many. We’re following the protocols, and we hope it works as designed.”

Silver has stressed the importance of beginning play with a clean baseline of no positive tests, because basketball carries an elevated coronavirus risk considering it is a full-contact sport that is played indoors. While 25 players tested positive during initial screenings before traveling to the Orlando area, the NBA has not yet released the testing results for players since their arrival and is expected to do so soon.

Additional complications linger. Multiple stars, including Kawhi Leonard, James Harden and Nikola Jokic, arrived late or had yet to arrive in Orlando as of Sunday. On Monday, Russell Westbrook tweeted that he tested positive for the coronavirus. Practices have already started in advance of tuneup scrimmages, which begin July 22.

Even so, evidence of the league’s deep commitment to maintaining the sanctity of the bubble can be found in its careful handling of the media upon arrival. All writers will undergo daily shallow nasal swab and saliva coronavirus testing, with results typically returned by BioReference Labs within 15 hours. They will also remain isolated in their rooms for a full week, receiving boxed meals at their doors, tracking their progress by filling out a daily symptom questionnaire through a phone app and providing regular temperature and pulse oximeter readings.

Once writers are cleared to explore the bubble, they will wear proximity alarms on their credentials that beep if they spend more than 10 seconds within six feet of another person. Optional health tracking rings will assist the league’s proactive symptom monitoring efforts.

But the uncomfortable prodding, unusual invasions of privacy and overbearing regulations are the price of admission for everyone who was willing to journey to Florida. The NBA and its players decided that the business of basketball must go on, so here they are trying to make the most of it.

“It has that AAU feeling,” James said, fondly recalling a childhood filled with travel tournaments. “That’s a great feeling. It’s all about the joy of the game and the love for the game.”