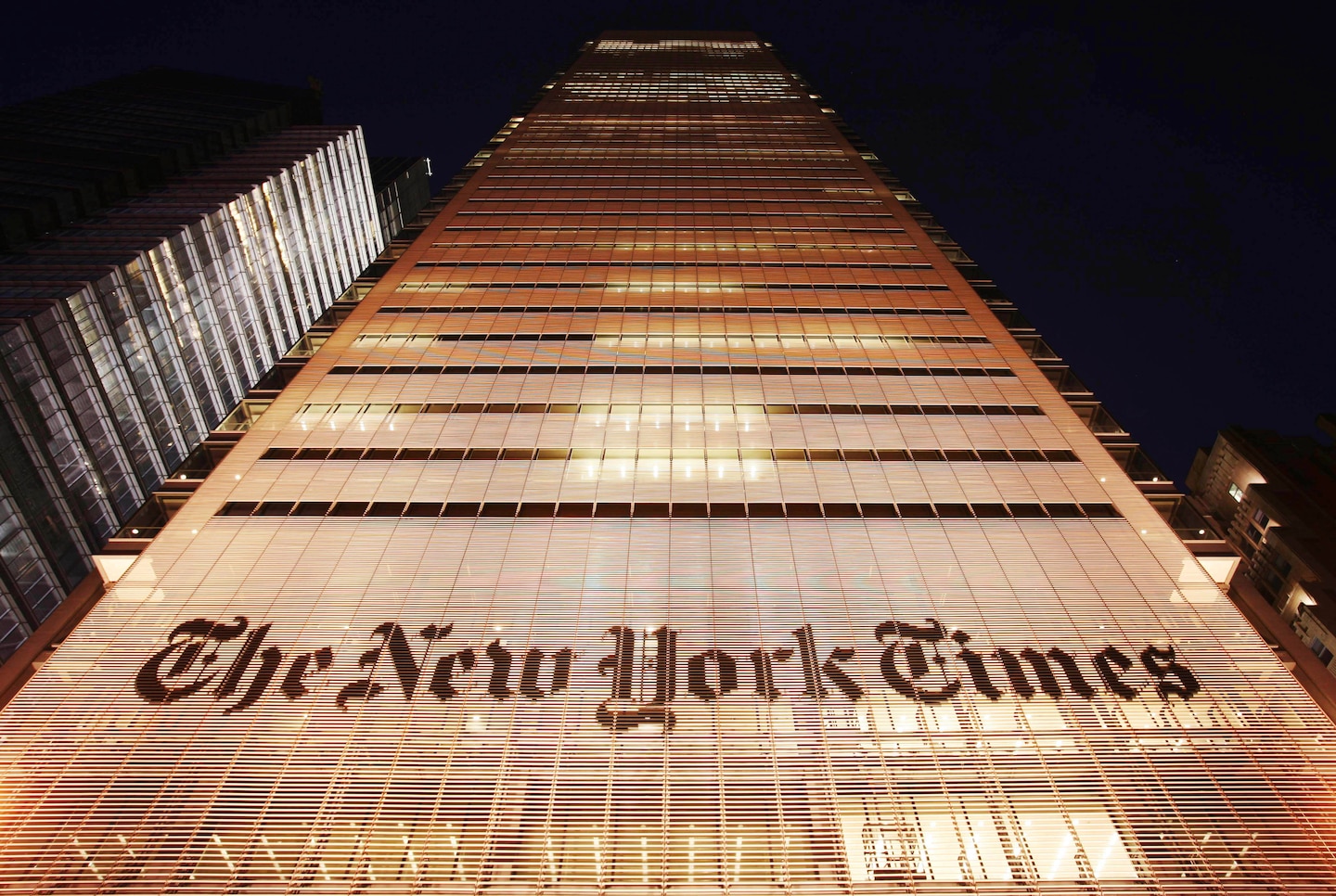 “The paper of record is, more and more, the record of those living in a distant galaxy, one whose concerns are profoundly removed from the lives of most people,” she wrote. “Nowadays, standing up for principle at the paper does not win plaudits. It puts a target on your back.”

Weiss came to the Times in 2017 from the Wall Street Journal as part of former opinions editor James Bennet’s vision to show the “many shades of conservatism and many shades of liberalism.” But she quickly became a lightning rod for both her social media posts and her published writings, including a large feature on the “intellectual dark web” — a collection of media personalities and thinkers whom she described as “locked out of legacy outlets” — and an essay criticizing college protest movements, in which she cited a hoax Twitter account. She blamed a far-left “mob” for attacking her following several errors she made.

“Twitter is not on the masthead of The New York Times. But Twitter has become its ultimate editor,” Weiss wrote in her resignation letter. “As the ethics and mores of that platform have become those of the paper, the paper itself has increasingly become a kind of performance space. Stories are chosen and told in a way to satisfy the narrowest of audiences, rather than to allow a curious public to read about the world and then draw their own conclusions”

Hours after the Times confirmed Weiss’s departure, writer Andrew Sullivan announced he was leaving New York Magazine by the end of the week. He, like Weiss, has lamented that the current cultural and political climate stifles open debate.

“I have no beef with my colleagues, many of whom I admire and are friends,” Sullivan tweeted. “The underlying reasons for the split are pretty self-evident.” But he expressed solidarity with Weiss: “The mob bullied and harassed a young woman for thoughtcrimes. And her editors stood by and watched.”

Weiss has long complained about “cancel culture” — she signed a controversial open letter published by Harper’s this month on the subject. Her critics have accused her of hypocrisy, noting an episode when she lashed back at a lesser-known writer by flagging a vulgar word in a tweet to the attention of the woman’s employers, and her own history as a campus activist who took aim at professors.

In her resignation letter, Weiss wrote “my forays into Wrongthink have made me the subject of constant bullying by colleagues who disagree with my views,” some of whom, she said, had called her “a Nazi and a racist.”

“What rules that remain at The Times are applied with extreme selectivity,” she wrote. “If a person’s ideology is in keeping with the new orthodoxy, they and their work remain unscrutinized. Everyone else lives in fear of the digital thunderdome. Online venom is excused so long as it is directed at the proper targets.”

Weiss’s letter drew concern from many readers with her claim that some Times colleagues have “openly demeaned” her on the company’s internal Slack messaging platform.

“It’s one thing that many of our readers and staff disagree with @bariweiss’ views — fine,” tweeted Times correspondent Rukmini Callimachi. “But the fact that she has been openly bullied, not just on social media, but in internal slack channels is not okay.”

Corners of the pro-Trump Internet and conservative lawmakers also seized upon Weiss’s resignation letter — “eloquent, profound, incisive — and true,” wrote Sen. Ted Cruz (R-Tex.) — as evidence that the newspaper stifled views that veered from the left.

Atlantic staff writer Caitlin Flanagan tweeted that the way the Times treated Weiss “is unconscionable. It’s not civil, It’s not in the reader’s interest, and the well-documented culture of extreme harassment will, I hope, now come to light. This is the biggest media story in years.”

Some of her critics, though, chafed at Weiss’s portrayal of herself as a victim, arguing that the “mob” outrage her work has inspired is essentially the kind of free speech she purports to champion. “If your entire brand is that you’re going to say the things you think people don’t want said, then it’s completely disingenuous to act surprised when there’s blowback,” tweeted journalist and web publisher Elizabeth Spiers. “Or to suggest that it’s somehow unfair, as if everyone owes you their silence.”

In a statement Tuesday, acting editorial page editor Kathleen Kingsbury said, “We appreciate the many contributions that Bari made to Times Opinion.” A spokesperson for the Times said that publisher A.G. Sulzberger does not plan to issue a public response to Weiss’s letter.

Kingsbury assumed the role previously occupied by Bennet, who resigned last month after staffers revolted against the paper for its decision to publish a controversial op-ed by Sen. Tom Cotton (R-Ark.) that argued for military incursion into U.S. cities racked by protests against police violence. Many staffers argued that it was dangerous to give Cotton’s argument the platform of the Times’s opinion page, and that it would put black people in particular danger. They also noted Cotton included claims debunked by the Times’s own reporting.

The internal drama played out on social media, and many staffers took exception with Weiss’s characterization of it as a “civil war inside The New York Times between the (mostly young) wokes the (mostly 40+) liberals,” noting that the criticism came from a range of Times employees.

Bennet and Sulzberger initially defended the decision to publish the essay as part of the section’s mission to present a range of opinions. But following the considerable outcry among staffers, the newspaper abruptly announced the Cotton op-ed had gone through “a rushed editorial process” and “did not meet our standards.”

On Tuesday, Kingsbury said she is “personally committed to ensuring that The Times continues to publish voices, experiences and viewpoints from across the political spectrum in the Opinion report. We see every day how impactful and important that approach is, especially through the outsized influence The Times’s opinion journalism has on the national conversation.”

This story has been updated.