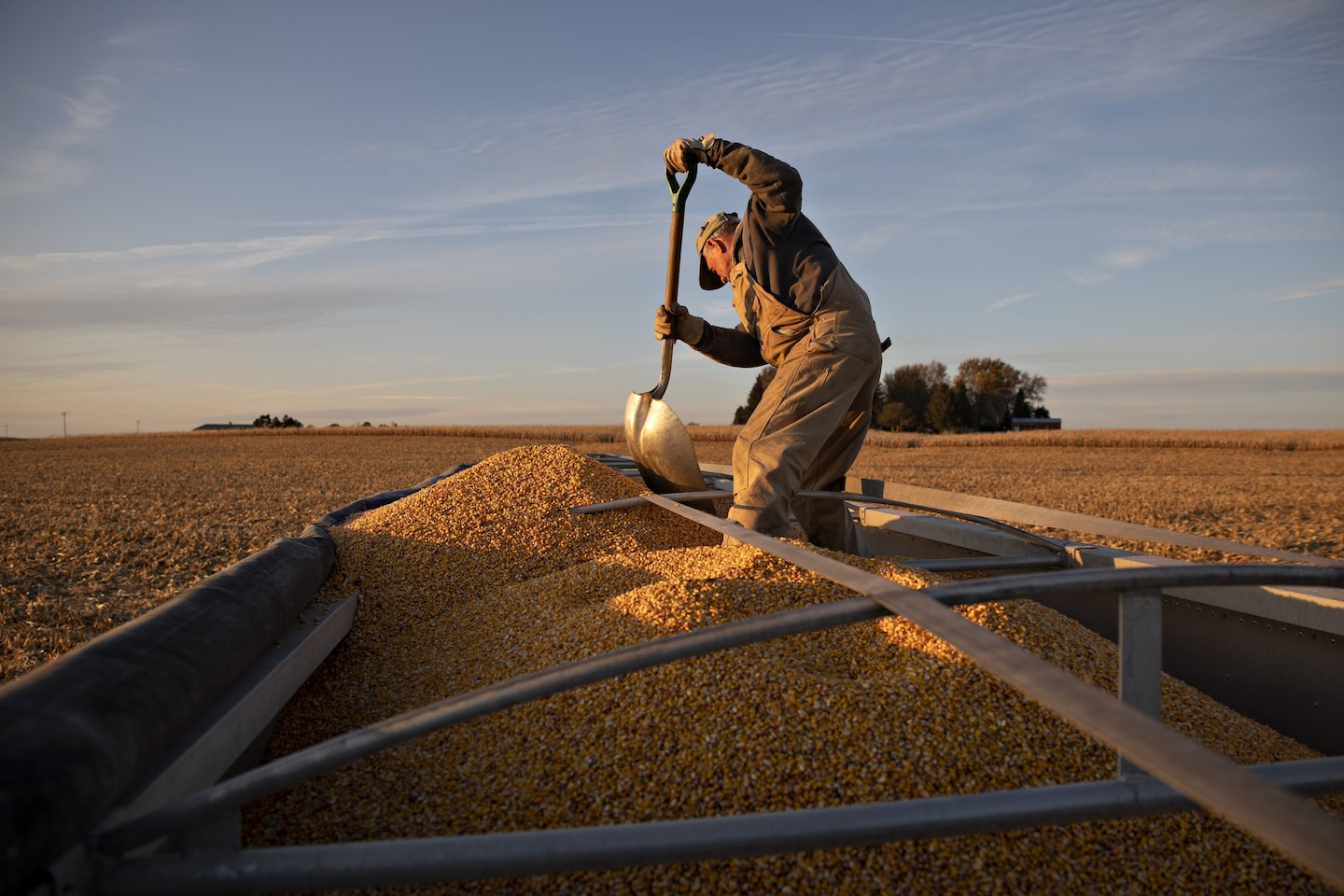 And for more than 875,000 borrowers, the data shows that zero jobs were supported or no information is listed at all, according to the analysis.

The flaws raise questions about the claims by the Trump administration that 51 million jobs were “supported” by the Paycheck Protection Program (PPP), which has been a rare bright spot for the administration at a time of a surging coronavirus pandemic and a suddenly stalling economic recovery. Many economists credit the program with helping staunch the deep wounds in the job market by offering forgivable loans to small businesses that rehire or keep workers on their payroll.

But repeated claims by President Trump and administration officials about the success of the program are belied by errors in data collection, according to the Post analysis.

For every loan offered to businesses under the program, the SBA lists a number of “jobs retained.” But in numerous cases, the listed number of jobs retained exceeded the total employment at the company, according to interviews with individual loan recipients.

The Post found half a dozen businesses that said they had fewer employees than the SBA reported the businesses had retained. Bankers also said employment figures for hundreds of businesses had been incorrectly reported by the SBA.

The data also claimed that International Dunnage, a manufacturer in Thunderbolt, Ga., saved more than 500 jobs. But the company says it has just seven employees and two owners.

“I don’t know where you got the 500,” owner David Crenshaw said in an email.

The problematic figures extend to entire sectors. The data claims that companies listed in the field of landscape architecture retained 114,000 jobs — more than three times the number of people who worked in that sector in 2019, according to Labor Department statistics.

The PPP also supposedly preserved tens of thousands more jobs than are known to exist in other industry sectors, such as oilseed and grain farming, performing arts and employment placement.

Some businesses may have reported the wrong industry code when applying for a loan. However, experts said that could not explain the scale of the discrepancies, especially considering that jobs at companies with more than 500 employees are for the most part not eligible for PPP support.

Treasury Department and SBA officials say that job numbers and industry classification information were provided by borrowers and that by allowing companies to self-certify their information the government could more quickly distribute funds to companies struggling to make ends meet amid the pandemic.

But the problems in the data complicate efforts to assess the impact of the program. The Trump administration has declared the program an “indisputable success,” but that declaration is premature, experts say, cautioning that economists will need much more time and information to assess the results of taxpayers’ significant investment.

Trump administration officials have repeatedly touted the 51 million jobs as a top reason they consider the program a success, but they have used differing terminology to explain the program’s effect on employment.

Trump said the program is “saving and supporting the jobs of tens of millions of American workers” at a July 2 news conference.

In a congressional hearing last month, Treasury Secretary Steven Mnuchin said the PPP, which is authorized to spend up to $660 billion on forgivable loans, was “supporting an estimated 50 million jobs.”

In the data the SBA released last week, the agency included for each loan the number of “Jobs Retained,” which officials said equates to the figures companies filled in on their applications in a field asking for the “Number of Employees.”

But by sometimes saying millions of jobs have been “saved” and in other instances saying jobs have been “supported” or “retained,” administration officials have not been clear about the program’s effect. More-accurate data about how the funding has supported employment should become available as borrowers have their loans forgiven, which requires them to demonstrate how they delivered funding to workers.

Experts said the actual number of jobs affected in some way by the program is probably smaller than the 51 million claimed by the administration.

“At this point in time, it’s hard to believe that the 4.89 million PPP loans granted by the SBA would support 51.1 million small-business jobs,” Beth Ann Bovino, chief U.S. economist at S&P Global Ratings, said in an email.

“Even if we assume no data collection errors, based on other data from the SBA and the Census [Bureau], it still seems doubtful that the loans would support that many jobs,” Bovino said. “One would have to assume that the 4.89 million loans largely went to small businesses with significant payrolls, a very unlikely outcome.”

A Treasury Department spokesperson, speaking on the condition of anonymity to comply with the administration’s rules for discussing the data, said that some borrowers may have provided incorrect information about the jobs. And some, according to the data, did not provide information at all.

“Although borrowers’ loan applications are required to include the number of employees supported by the loan, we understand that some borrowers may have erroneously omitted this information,” the spokesperson said in an email.

The spokesperson said that “the reported number of jobs supported by the PPP (over 50 million) is based on the information provided by loan applicants during the application process. That total number is consistent with Treasury’s estimate that the average small business employee compensation for a 2.5-month period for 51 million employees totals approximately $520 billion.”

Experts across the political spectrum agree that the program quickly delivered money to a heavy majority of the country’s small businesses, and the PPP is credited with driving down the unemployment rate.

That does not account for the issues in the data, however.

Nuage Consulting, a Jacksonville, Fla.-based technology consulting firm, received a $200,000 loan. Without the loan, partner Glenn Saunders said, the firm would have had to downsize. Instead, it added a few employees.

The PPP loan “allowed us to buckle down and really focus on the things that would help us through the global slowdown,” Saunders said. “Instead of focusing on ‘How are we going to make payroll?’ we were able to think about how we’re going to grow.”

However, Nuage said the money helped support only 10 full-time employees — far fewer than 500 jobs that the SBA data claims were saved.

Steve Berggren, general manager of the Tennis and Fitness Centre outside Chicago, said he continued paying the club’s employees, including tennis pros and personal trainers, after closing in mid-March. In early May, the business received a $265,000 loan. The loan to the club, which offers fitness classes, racquetball and eight indoor tennis courts, saved 500 jobs, according to federal data.

But Berggren said he did not know where that claim comes from. Only 87 employees work for the club regularly, he said. In 2019, the club handed out about 110 W-2s, including occasional workers such as substitutes and guest instructors.

After seeing the information on their loans, bankers have begun casting blame on the SBA for what they say is badly misrepresented jobs data.

Zions Bank, of Salt Lake City, issued 476 loans of more than $150,000 on a single day, May 3. Each of those borrowers, according to the SBA data, is listed as having exactly 500 employees, the maximum allowed for PPP borrowers. One of them was Trinity Episcopal, the Texas church that has only 12 paid employees.

Different jobs numbers were listed for those companies on their applications when they were sent to the SBA, according to bank spokesman Rob Brough.

“The numbers we reported and the numbers our borrowers listed were accurate according to the borrower-provided information,” he said in an email. “The SBA appears to have had an error in its reporting system, which caused these numbers to be inaccurately reported.” He said Zions has “reached out to the SBA to engage them in addressing this issue.”

Jack Heath, president of Washington Trust Bank in Spokane, Wash., said he was alarmed to see zero “jobs retained” in the SBA data for some of his bank’s loans. He issued a statement Friday saying he believed the SBA’s computer system had misinterpreted information provided by banks, potentially at a large scale.

“The SBA’s report has obscured the very real amount of good PPP loans have done,” Heath said in a written statement.

Wells Fargo issued 3,900 loans of more than $150,000, and every single applicant listed nothing in the jobs field, according to the SBA data. Bank officials would not directly address the reason.

“The SBA didn’t require banks to submit information about payroll (including the jobs retained metric) and it won’t be required until the application process for loan forgiveness, where applicants will need to document their payroll information,” the bank said in a statement issued by spokesman Manuel Venegas.

Federal rules prohibit companies from using the PPP loans to support non-U. S. workers or operations. But the SBA directs companies to count employees of foreign affiliates to determine whether they meet the loan program’s 500-employee eligibility cap.

The SBA did not respond to questions about whether that means non-U. S. jobs are included in the 51 million purportedly supported by the program.

The SBA also instructs businesses to count all employees, whether they work full or part time. Some companies with many part-time or occasional workers are therefore counted as having many more employees than full-time equivalent positions.

For example, Cutting Edge Elite, a Brooklyn-based events staffing company with 10 office staffers, is listed as having 500 employees. But that is the number of active temps it typically has in any given month, according to co-founders Nathan Perry and Lucas Mendieta. The hours those 500 people work was equivalent to about 40 full-time equivalent positions before the pandemic, Perry said, and now is equivalent to about 20.

Economists and other experts said that the administration did well to get money into the economy as quickly as possible and that in some ways it was not surprising to see such data failures, even for such a central metric such as jobs.

“Here we have a grant program that was designed to cast money around the country promiscuously,” said James Angel, associate professor of finance at Georgetown University’s McDonough School of Business. “Only time will tell how effective it has been.”

What about that 51 million number?

“I would take it with a grain of salt.”

Alyssa Fowers contributed to this report.