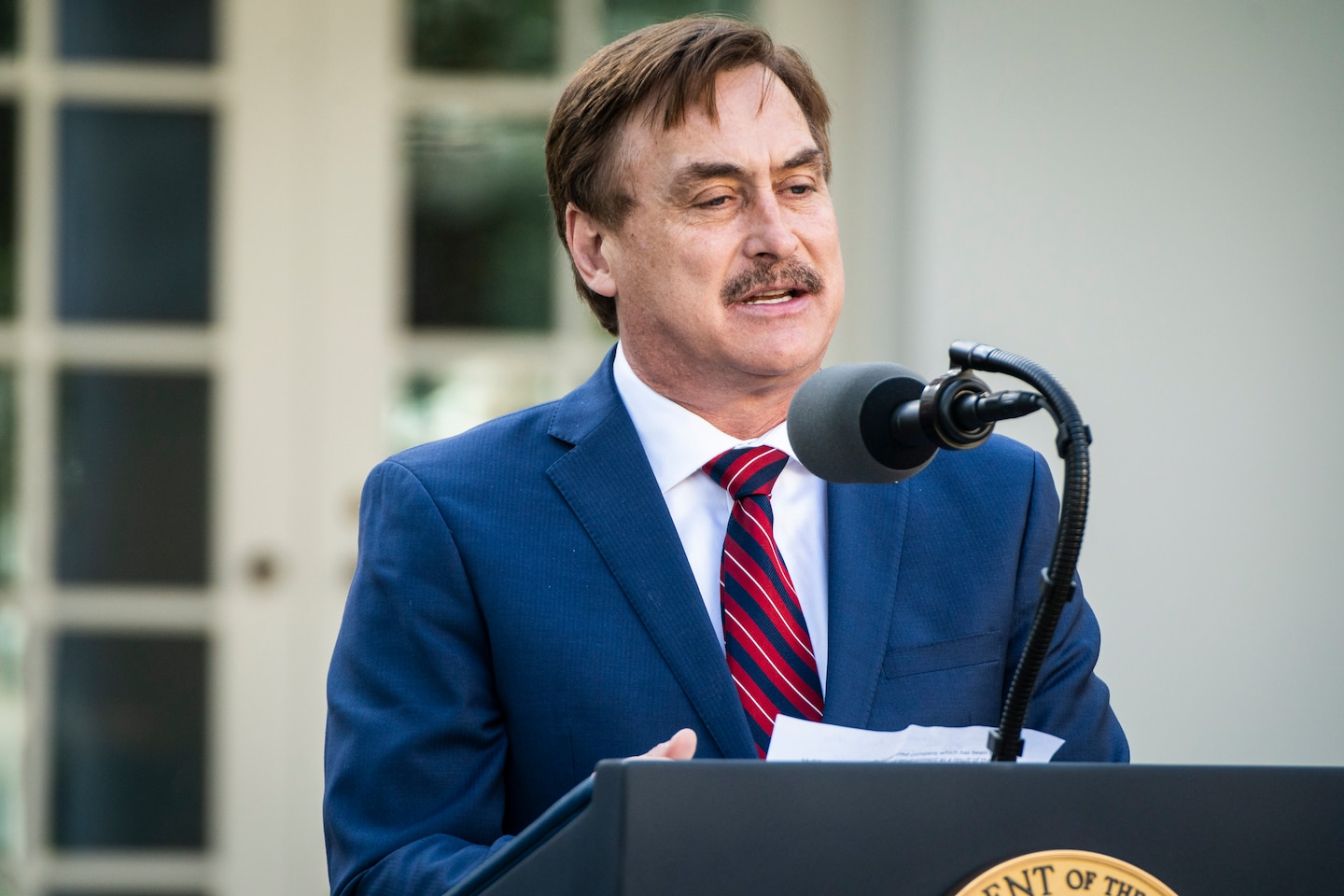 While stopping short of an apology, Carlson called Neff’s anonymous chat forum comments “wrong” — but he denied any rhetorical link to Neff’s work for him: “We don’t endorse those words. They have no connection to this show.”

One person who doesn’t think that Carlson needed to say anything apologetic on Monday night was Mike Lindell, of Minnesota-based pillow manufacturer MyPillow — Carlson’s top advertiser.

“Why should someone apologize for something someone else does?” Lindell asked in an email exchange with The Washington Post on Tuesday.

The company founder and CEO thought the host handled the situation properly. “He said what he should have said,” Lindell said. “He said the comments were terrible.”

Lindell’s comments hold additional weight because of the outsize role his company plays in supporting Carlson’s show. Over the past three months, ending June 30, MyPillow was responsible for nearly 40 percent of all paid advertising on Carlson’s show, according to data from measurement company iSpot.tv. Just in the month of July, MyPillow has spent 44 percent of the nearly $5 million in advertising that has aired on the prime-time show.

Lindell is something of a folk hero in conservative media circles, referred to colloquially as “the MyPillow guy” by supporters who swarm him at political conferences and events. He appeared at the White House on March 30 to talk about his company’s efforts to produce masks for health-care workers.

But, he’s especially familiar to Fox News viewers, considering how frequently his ads run on the channel — particularly during the network’s prime-time opinion programming. In the three-month period ending June 30, MyPillow was the network’s top advertiser, according to iSpot.tv, and spent more than double the second-biggest advertiser, Nutrisystem.

“I feel blessed to be able to advertise on all of the major networks and national cable stations, including on Tucker Carlson Tonight,” Lindell said. “I advertise MyPillow to help people across the country. I support my business, our customers and my employees.”

In recent weeks, Carlson’s show has lost a few major brands as advertisers. One previously unreported split came with Connections Academy. The online education institute ran an ad on Carlson’s Friday night edition, but that was a mistake, a spokesperson for parent company Pearson told The Post on Tuesday.

“Hate speech, in any form, is not tolerated at Connections Academy and the schools we support,” the spokesperson said. “We stopped advertising on Tucker Carlson a month ago. Several ads inadvertently ran over the weekend as a holdover from a previous Fox advertising schedule.”