With babies due, Lars Eller and Carl Hagelin prepare to enter, and leave, NHL bubble 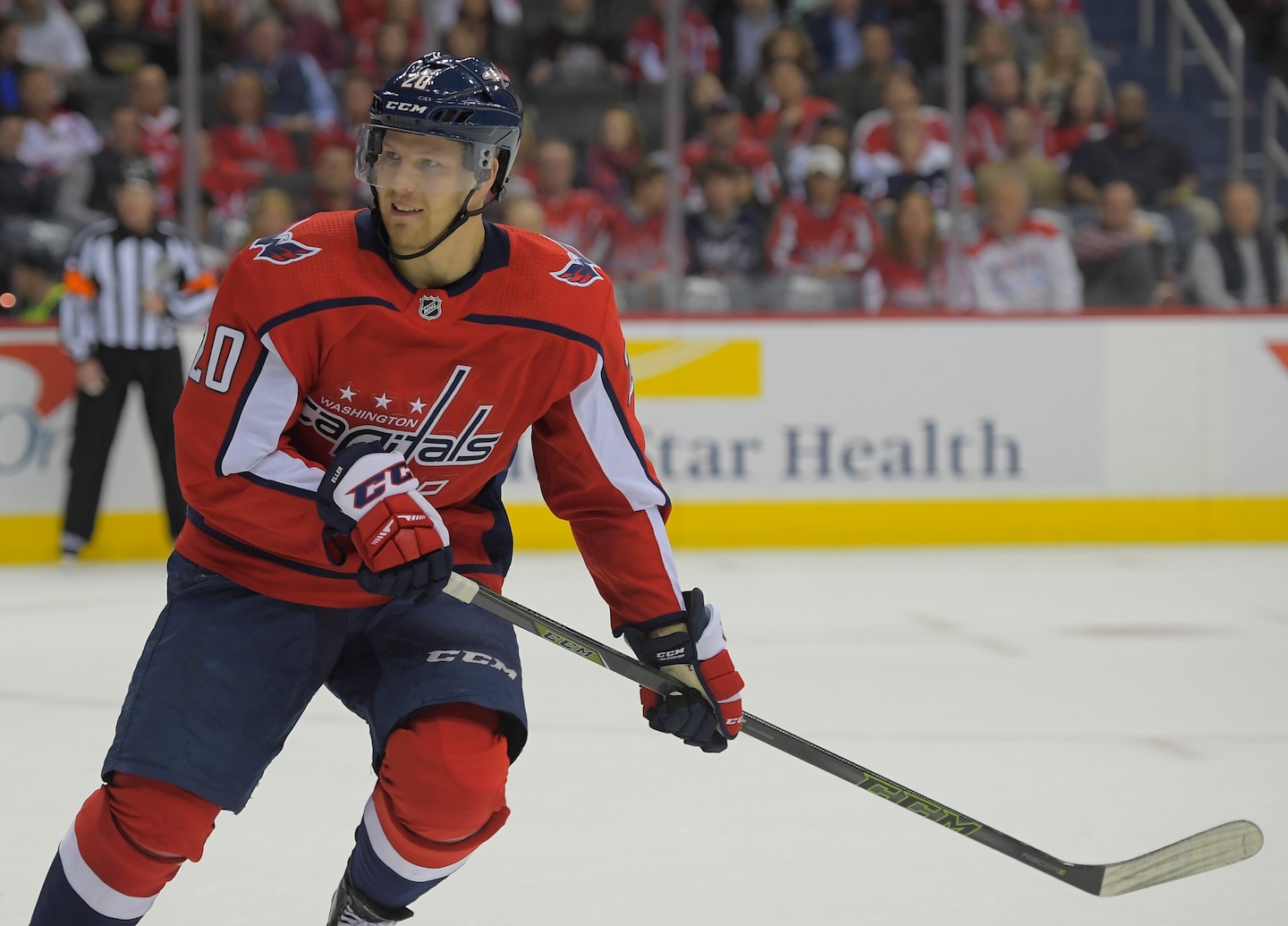 Family continues to be at the forefront of all conversations as players return to the rink, and decisions are being made with great care. Under the NHL’s protocols, players will be able to leave the hub cities and come back under certain circumstances, including the birth of a child. When they return, they will have to isolate and test negative for the virus for four consecutive days before being cleared to play.

With his baby due so soon, Eller is making plans to be there.

“You’re going to have to take a lot of precautions for when you leave,” said Eller, who also has a 7-year-old daughter, Sophia. “Depending on how you travel and you travel back and forth and who you’re going to be in contact with and so on, I’ll have to serve some time inside the bubble and test a number of times before I can join my teammates again and play games. We’re working on trying to figure out how we do that the best possible way. That’s what’s going to happen.”

Winger Carl Hagelin has a similar situation, with the birth of his second child expected in September. He also is planning to be there for the birth, but he said Tuesday he hasn’t put much thought into it because it’s a little further away. The Hagelins also have a 2-year-old daughter, Blanche.

“For me, I spoke to my wife, too, and she said, ‘As long as you come back when the kid is born, you’re welcome to leave,’ ” he said. “She knows hockey is a big part of my life and it’s a big part of our family’s life, and so we have an opportunity here to win the Stanley Cup and that’s the goal right now.”

Multiple players opted out of the league’s return-to-play plans because of family considerations, including former Capitals defensemen Karl Alzner and Mike Green. No Capitals player opted out — the deadline to do so was Monday — but they have candidly discussed the importance of keeping their families safe.

Training camp is considered one of the most delicate parts of the NHL’s plans. For two weeks during camp, players will not be required to self-isolate away from the rink. Instead, players and club personnel are expected to stay at home as much as possible, avoid unnecessary interaction with nonfamily members and not spend social time together in close contact.

NHL clubs will test players and personnel every other day during training camp, and results must be available within 24 hours. Individuals whose results are not received within that time will not be allowed in team practice facilities.

“I think this phase presents the biggest risk in terms of we’re a bubble here in the rink, we can control who does what and all that, but once everybody goes home, you’re relying on individuals to be smart and take precautions,” Eller said. “You’re relying on the people that you’re hanging out with to do the same thing. So there’s no doubt in my mind this is the riskiest part, and I wouldn’t be surprised at all to see if there’s going to be more positive tests around the league, maybe even here. I would not be surprised.”

Each player is taking different precautions. Center Nicklas Backstrom decided his family — fiancee Liza Berg and their three kids — would stay in Sweden when he came back to the D.C. area in late July. Berg gave birth to the couple’s third child, Alizee, in late March. Alizee joins sister Haley, 6, and brother Vince, 3.

“I think we decided pretty early that I was going to go over myself,” Backstrom said. “We liked our setup better for my fiancee and kids to stay back in Sweden there. It wasn’t really a long conversation. … We all want sports back, and we want to do what we love, you know?”

Coach Todd Reirden followed a similar approach. Reirden’s teenage son, Travis, was born with common variable immunodeficiency, a disorder that leaves his body unable to defend against bacteria and viruses. To keep him in the safest environment possible, the family decided Reirden’s wife, Shelby, and Travis would stay in Indiana near Shelby’s family and friends during training camp.

Reirden said he is still figuring out whether he will have a chance to see his family before the team travels to Toronto on July 26, but he is comfortable with their decision.

Notes: The Capitals continued to skate in two groups during the second day of camp. All players on the training camp roster participated except backup goaltender Ilya Samsonov, defensive prospect Alex Alexeyev and forward Shane Gersich. Samsonov and Alexeyev missed their second day of practice; Gersich had practiced Monday.

For the rest of the season, teams are not allowed to share player injury and/or illness information, the league and the NHLPA announced last week, “out of respect for an individual player’s right to medical privacy.” . . .

The NHL announced the Capitals will play the Carolina Hurricanes in an exhibition game at 4 p.m. on July 29 in Toronto. Also, the Capitals’ round-robin opener against the Tampa Bay Lightning will begin at 4 p.m. on Aug. 3; times for the team’s other round-robin matchups are to be determined.