Racing Presidents won’t be inside Nats Park, but the fourth-inning show will go on 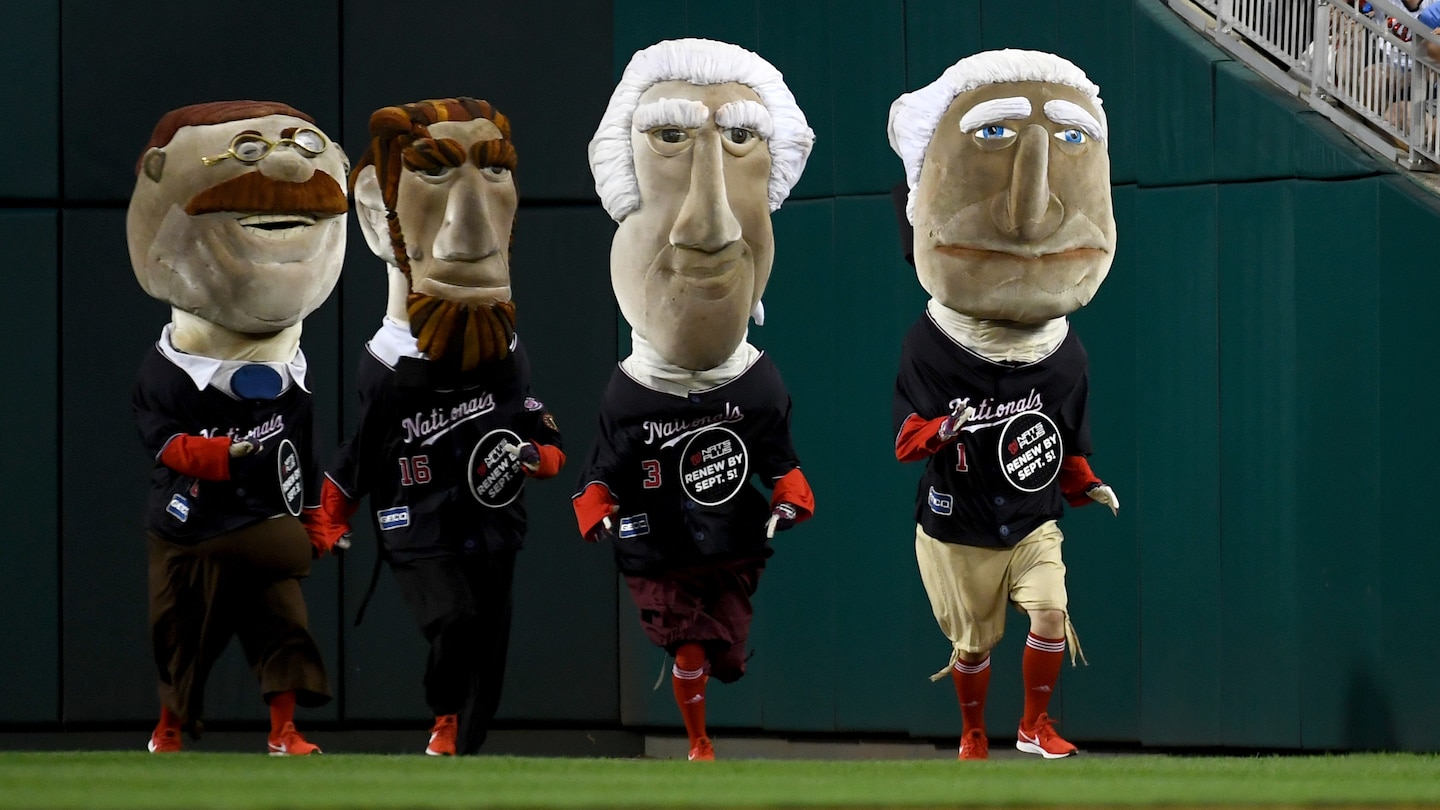 With Opening Day approaching, a Nationals spokeswoman said The Presidents’ Race, a tradition that debuted in July 2006, will continue to be featured, albeit in altered form, on game broadcasts and the team’s social media accounts.

“It wouldn’t be a Nationals game without our Racing Presidents, so we will be including the fourth-inning race during games,” the spokeswoman said in a statement. “It will look different, but the joy and fun of the race will be a part of the 2020 season.”

The races, which typically feature the Rushmores — George (Washington), Tom (Jefferson), Abe (Lincoln) and Teddy (Roosevelt) — running along the warning track from the center field fence to a finish line in front of the Nationals’ dugout, will initially be taped and take place outside of the stadium. The format could change later this summer.

The team spokeswoman also said that Screech, the team’s bald eagle mascot, will not attend Nationals home games this season, eliminating the possibility that the reflection from his enormous World Series ring will distract players on the field.

The Milwaukee Brewers are taking a similar approach with their Famous Racing Sausages, encouraging fans to suggest race locations other than Miller Park by filling out a form on the team website. Suggested locations, which won’t be publicized in advance to avoid crowds, must be within an hour drive of Milwaukee and accommodate an outdoor race of at least 300 feet.

“We can’t bring fans to games right now, but we can take the races to the community,” Brewers President of Business Operations Rick Schlesinger said in a statement. “It’s not Brewers baseball without the Johnsonville Famous Racing Sausages, and this is a tradition that has to keep running.”

In other important racing mascot news, the Great Pierogi Race won’t take place at Pittsburgh Pirates games this season, but a team official told The Athletic that the team is working on developing a virtual pierogi race that fans can follow on an app.