Why the Nationals are wearing gold-trimmed jerseys on Opening Day 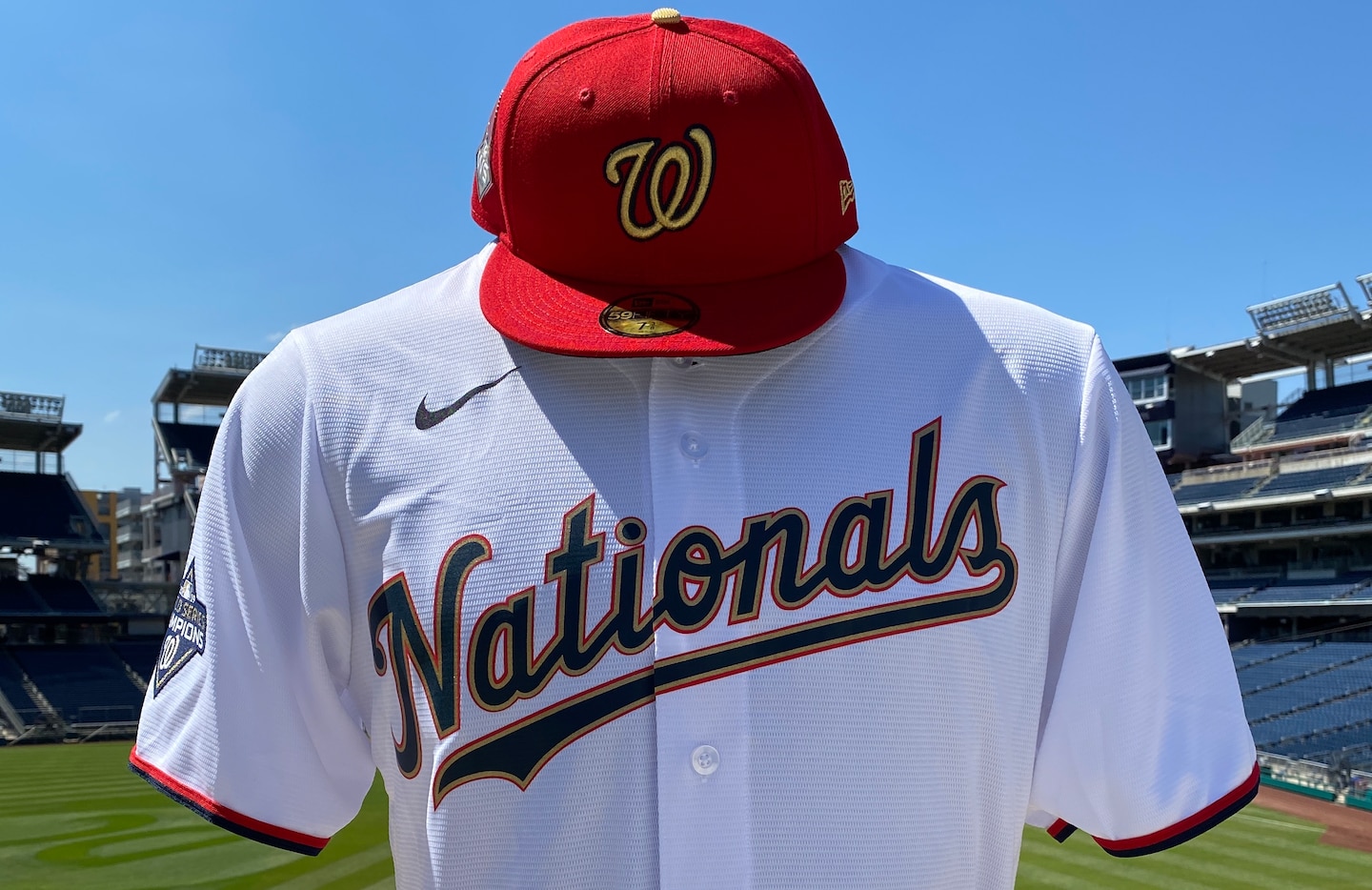 The front of Washington’s special jerseys, which several players and Manager Dave Martinez showed off when they received their World Series rings in the Nationals Park clubhouse earlier this month, are white with navy blue “Nationals” script outlined in gold and red. The blue script is a nod to the lucky blue alternate jerseys the Nationals wore for the final 13 games of last year’s postseason.

The names on the back of the jerseys are blue outlined in gold and red, while the numbers are primarily gold. The right sleeve features a gold World Series champions patch, while the left sleeve features a gold version of the Nationals’ circular logo with one star above it to symbolize the team’s first World Series title. The gold get-up also includes a special red cap with a gold curly “W” and button, or squatchee, and a gold Commissioner’s Trophy patch.

Player jerseys, caps and other gold-accented novelty items will go on sale Thursday. Youth and adult replica jerseys start at $95 and $150, respectively, and may be customized for an additional charge.

As Uni Watch founder Paul Lukas details in this history of gold-trimmed jerseys, the Red Sox, who snapped an 86-year title drought in 2004, wore gold-accented jerseys for their pregame ring ceremony at Fenway Park in 2005 before changing into their regular home white jerseys before first pitch. Two years later, the St. Louis Cardinals became the first defending World Series champions to wear gold-accented uniforms in an actual game, doing so for their opening series of the 2007 season.

The Phillies wore gold-trimmed uniforms on Opening Day in 2009, and while the Yankees didn’t tinker with their classic pinstripe look after winning the World Series that year, every subsequent World Series champion has gone gold, at least for one game, in the 10 years since.

It’s not unprecedented for a team to break out its gold uniforms at various points throughout the season. The defending champion Kansas City Royals, for instance, wore gold-accented uniforms for their season-opening series and Friday home games in 2016. They brought gold-accented jerseys back as an alternate uniform in 2017 despite not repeating as World Series champs, though gold is one of their official team colors.

For the Nationals, the gold trim marks a return to the team’s roots. From the franchise’s inaugural season in D.C. in 2005 through 2010, Washington’s regular home white jerseys featured gold beveling on the red block “Nationals” word mark outlined in blue.