China tells U.S. to shut consulate in Chengdu, in retaliation for Houston closure 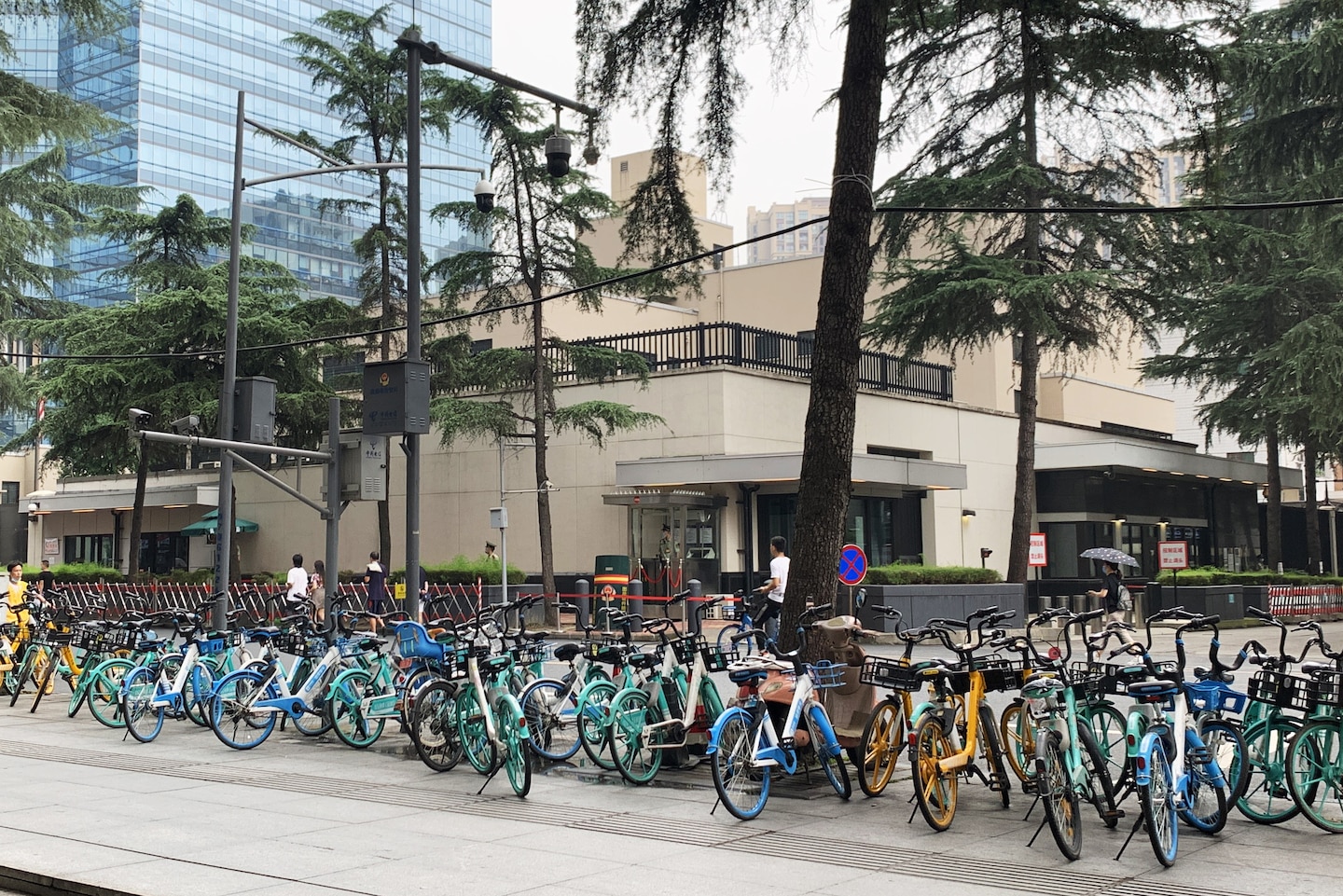 “Even though the relationship is worsening, we have not yet reached the worst point,” said Cheng Xiaohe, a professor of international relations at Renmin University in Beijing.

The bottom, he said, would be measured by two things: The closure of embassies in each country or military confrontation, whether intentional or accidental.

“It’s better for both sides to stop and make a change. We all know we are moving in the wrong direction,” Cheng said. “But President Trump is trying to create an external crisis to distract Americans’ attention and unite them behind him before the election.”

Analysts on both sides say bilateral relations are at their worst since 1972, when President Richard Nixon began overtures to the People’s Republic of China, leading to the start of formal diplomatic relations in 1979.

As if to signal an end to that era, Secretary of State Mike Pompeo delivered a speech at the Richard Nixon Presidential Library and Museum in Yorba Linda, Calif., on Thursday, in which he declared American engagement with China a dismal failure.

“The old paradigm of blind engagement with China simply won’t get it done. We must not continue it. We must not return to it,” Pompeo said. “Today, China is increasingly authoritarian at home, and more aggressive in its hostility to freedom everywhere else. . . . If the free world doesn’t change Communist China, Communist China will change us.”

China had vowed to retaliate after the United States on Tuesday ordered it to close its Houston consulate by Friday. U.S. officials described the facility, which oversaw diplomatic and consular affairs for eight southern states and Puerto Rico, as an espionage hub, without elaborating.

Some analysts thought that China would respond by closing the U.S. consulate in Wuhan, which has been empty since the novel coronavirus outbreak spread across the city in January and appears unlikely to reopen soon.

Instead, Beijing took aim at the post in Chengdu, a southwestern city staffed by about 15 American diplomats that hosts political, economic and agricultural departments, the Chengdu American Center, and issues visas.

The consul general in Chengdu is Jim Mullinax, a diplomat who has spent most of his career in Asia, serving in Indonesia, the Philippines, Indonesia, Taiwan, Hong Kong and Shanghai.

More than 13 million people were watching state broadcaster CCTV’s live stream from outside the Chengdu mission at lunchtime Friday. Photos posted on Chinese social media showed a heavy police presence around the compound on Consulate Road, and crowds of people gathering to see what was happening.

In announcing the mission’s closure, China’s Foreign Ministry in a statement blamed the Trump administration for bringing diplomacy into the countries’ wider rivalry and described Beijing’s response as legitimate and necessary.

“The current situation between China and the United States is something China does not want to see, and the responsibility rests entirely with the United States,” the ministry continued. “We once again urge the U.S. to immediately revoke the erroneous decision to create necessary conditions for the return of bilateral relations to normal.”

Hu Xijin, the editor of the nationalist Global Times newspaper, tweeted that the Chengdu mission had 72 hours to shut up shop, the same deadline given to the Chinese consulate in Houston.

The U.S. Embassy in Beijing did not immediately respond to a request for comment, but later Friday it reissued travel guidance to Americans in China, warning them of arbitrary enforcement of local laws “for purposes other than maintaining law and order,” potentially involving detention and the use of exit bans.

The Chengdu consulate, which opened in 1985, has been a flash point before. It was surrounded by protesters in 1999, after the United States accidentally bombed the Chinese Embassy in Belgrade during a NATO mission, killing three Chinese journalists.

It was also where former Chongqing police chief and vice mayor Wang Lijun sought refuge in 2012, telling U.S. officials that the wife of his boss, the powerful party chief Bo Xilai, had murdered a British businessman.

The consulate’s geographic area of responsibility covers Sichuan, Yunnan, and Guizhou provinces, as well as Chongqing city and the Tibet Autonomous Region.

Tibet is a particularly sensitive subject.

As it looks for new ways to confront China, the Trump administration has taken aim at Beijing’s restrictions on Tibet, which the Communist Party keeps under tight control. The administration this month said it was limiting visas for an unspecified number of Chinese officials because Beijing obstructs access to Tibet by American diplomats and other officials, journalists and tourists.

Asked why Chengdu was chosen, Foreign Ministry spokesman Wang Wenbin said Friday that some of the personnel there had “interfered in China’s internal affairs and harmed China’s national security interests,” an apparent reference to American officials’ interest in Tibet.

“If China did it the Trump way, we could have evicted the U.S. consulate in Hong Kong, which would be a real slap in the face for the U.S. intervention in Hong Kong affairs,” said Shen Yamei, a research fellow of American foreign policy at the China Institute of International Studies, a think tank affiliated with the Chinese Foreign Ministry.

But the fact that the United States is now down two consulates in China — Wuhan and Chengdu — makes it likely that Washington will seek to shutter another Chinese post, said Cheng, the Renmin University professor.

The Chinese consulate in San Francisco is harboring a researcher who lied about her affiliation with a Chinese military university and entered the diplomatic mission after being interviewed by the FBI last month, Axios reported this week, citing court filings.

Lyric Li and Liu Yang contributed to this article.