Patrick Corbin is sharp, but the Nationals’ rebuilt bullpen falters in loss 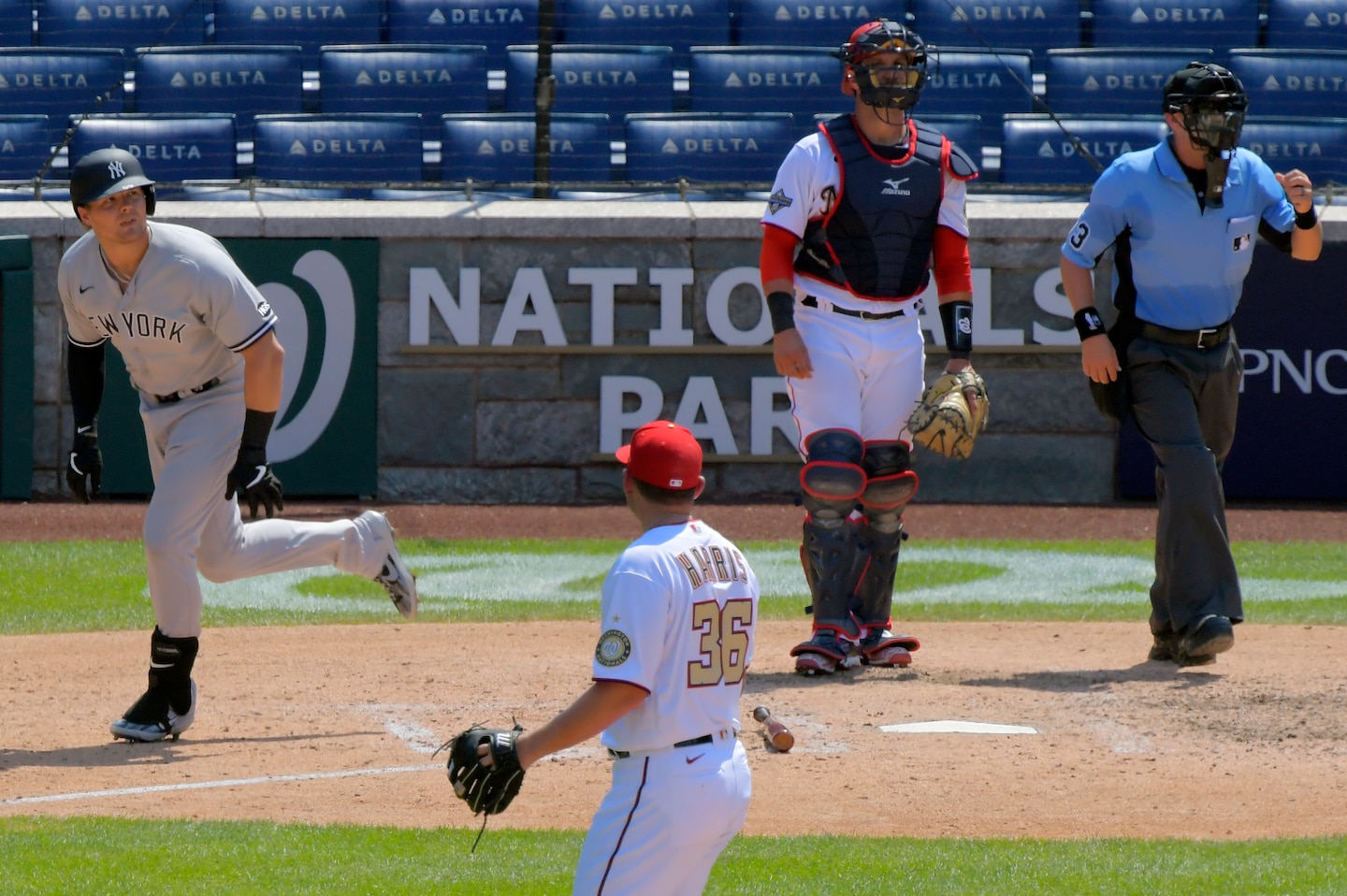 After weathering this issue throughout last season, the Nationals made three moves to build a better bullpen. They picked up Doolittle’s $6.5 million club option. They signed the 36-year-old Harris for three years and $24 million. And they brought back Daniel Hudson on a two-year, $11 million deal. They each rushed to prepare in the past few weeks and were never going to perform without hiccups.

But two came back-to-back, and they came right away, and here’s the simple math of a 60-game season: Early is also late.

“I mean, look, the reality is that’s the fourth time I’ve faced hitters,” Doolittle said, adding he was “super frustrated” with the results. “What this season is going to come down to is which team, with pitchers, can make the adjustments the quickest and get into midseason form essentially.”

When Corbin toed the rubber around 1:05 p.m, this experiment was still only four days old. The seats behind home plate were empty aside from a handful of people, including the Nationals’ idle starters and some team personnel. The only naked eyes on Corbin belonged to the Nationals, the Yankees, security guards, a couple dozen reporters and those squinting from nearby rooftops, whether through binoculars or straight into the cloud-specked sky.

From the beginning, once Corbin nicked the edges with two fastballs, the start was something to see. Pitchers had just three weeks to ramp up in summer training. Corbin’s preseason preparation was no different. But with a low-90s fastball and a high reliance on his slider, Corbin may be primed for the circumstances.

On Saturday night, Yankees starter James Paxton was missing a few mph on his fastball. Erick Fedde, the Nationals’ starter, quickly went from the mid-90s to low-90s, then watched Giancarlo Stanton rip a room-temperature fastball into the stands. Corbin, on the other hand, doesn’t need his velocity in peak form. It only has to be good enough, as long as his slider’s sharp.

“That’s going to play this year,” Manager Dave Martinez said Sunday morning of whether soft throwers could excel early on. “We talk a lot about the timing of hitters and catching up to velocity. These guys that can throw a curveball for strike one, sliders for strike one and work ahead of hitters. [It] gives hitters something else to think about.”

Corbin retired the first 11 batters he faced, leaning on his slider-sinker combination. Last year, he led the majors with 161 strikeouts on the slider. The next closest was 127. So it was fitting that six of his eight strikeouts came on the pitch, including two against a flailing Stanton. Gleyber Torres, Miguel Andújar and Michael Tauchman also learned not to swing when Corbin spins that pitch at the bottom of the zone.

But the Yankees woke up in the seventh, tagging Corbin and Harris with solo homers. Corbin yielded one to Torres before exiting with one out in the seventh at 75 pitches. Harris then entered for his Nationals debut, struck out Stanton and hung a 2-0 cutter that Luke Voit ripped out to left. Despite Corbin tossing five one-two-three innings, the game would be decided by two lineups, two bullpens and whoever blinked first.

“I told Davey when he came out that I felt good enough to continue,” Corbin said, noting that his longest preseason start was five innings. But by the time he reached the dugout, he realized how little he had left: “I think right when I was done, I was pretty gassed.”

Doolittle stumbled to the end of summer training, with his velocity hovering in the high-80s. His fastball averaged 91.6 mph Sunday, a positive sign, and his mechanics felt the best they have since baseball restarted July 3. But the outcome still left him frustrated, especially with his delivery synced up.

The most frustrating part was issuing a leadoff walk to Aaron Hicks. That’s dire against the Yankees, Doolittle explained, with Gary Sánchez, DJ LeMahieu and Aaron Judge looming. He struck out Sánchez looking with a borderline four-seam fastball. Then LeMahieu singled, Judge lined out to right and Torres dropped a hit into center that scored Hicks.

After a short conversation on the mound, Martinez hooked Doolittle. The closer kept the ball — a weird wrinkle for 2020 — and tossed it into his mitt with frustration. Washington will be without left-handed Roenis Elías for the foreseeable future after he was placed on the 60-day disabled list with a left elbow flexor strain. That thinned the bullpen to two lefties in Doolittle and veteran Sam Freeman, which means high-leverage opportunities will be there, and fixes have to come fast.

Hudson, to his credit, worked a scoreless ninth to give the Nationals a shot. They had stranded the bases loaded in the eighth. Next they put a runner on second with no outs in the ninth, breathing life into the final effort. But it was short-circuited by a matter of inches. Emilio Bonifácio’s left foot leaked off third base on a steal attempt, and Dan Bellino’s “Out!” call echoed to the 400 level.

That’s how the Nationals’ weekend petered out.