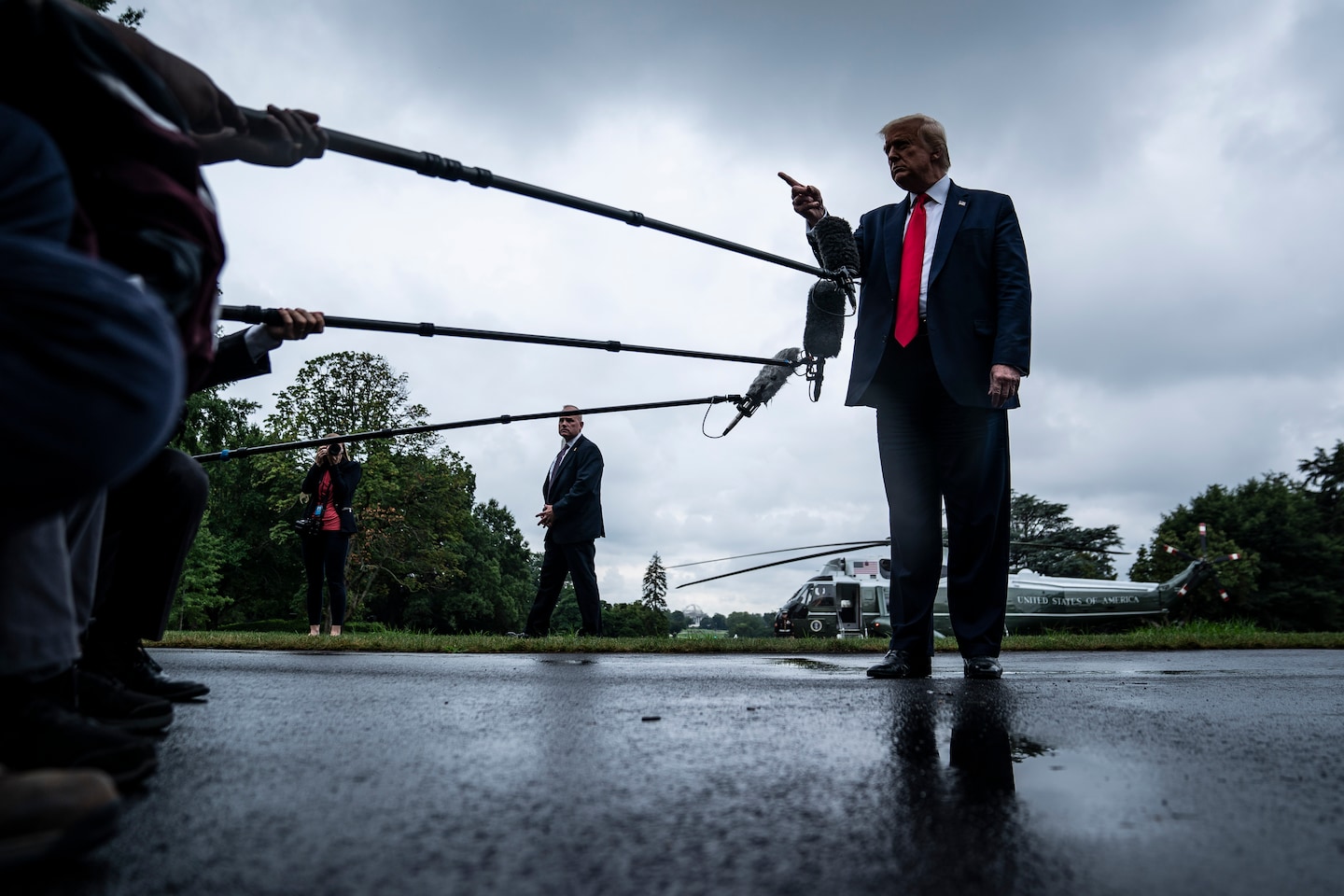 Perhaps hoping to postpone that indignity, he has suggested postponing the election —supposedly to prevent fraud — which only Congress could do. Trump’s proposal performs a public service: With it, he probably — one cannot be certain — has finally unfurled a flag so bedraggled that not even congressional Republicans, those gluttons for servitude, will salute it.

Today’s presidential noise aimed at fomenting doubts about election integrity should summon the nation to belated seriousness about preventing the calamity of a botched election. Low expectations of government competence, although increasingly reasonable, are intolerable regarding this election, because governments often live down to expectations. We know what to expect from Trump.

Writing for the Bulwark, Kim Wehle, law professor and former U.S. attorney, notes that there are approximately 250 million voting-age Americans. Of those eligible to vote in 2016, Hillary Clinton received votes from 29 percent, Trump from 28 percent — and 39 percent did not vote. A Knight Foundation study of 12,000 “chronic non-voters” found that more than a third abstain because they think their votes do not matter or that “the system is rigged.”

In a normal year, a 60 percent turnout of eligible voters — the 2016 rate — would be sufficient. Normally, it is not urgent, or even prudent, to hector and prod to the polls people so uninterested in the nation’s civic life that they must be hectored and prodded. This, however, is not a normal year, because the nation’s chief executive, possibly anticipating a defeat in the electoral college as well as in the popular vote, is sowing the suspicion that the election will be rigged — stolen by floods of fraudulent votes. This suspicion will ferment in a substantial minority of American minds.

Although the polls look bad for Trump’s future, they look even worse for the nation’s. The fact that 46 percent of those who voted in 2016 opted for Trump is much less dismaying than the fact that today, in the RealClearPolitics average of polls, 43 percent approve of his job performance. In 2016, he was a largely undefined figure to low-information voters, who are a large majority. Now, however, everyone has had three and a half years of exposure to him, and more than 2 in 5 Americans seem amenable to four more years of this.

Three things are clear. First, Trump will again lose the popular vote. Second, if he loses it narrowly, he will claim — as he did when he won in 2016, and as he is beginning to do preemptively — that fraud produced his margin of defeat. Third, many — perhaps most — of his voters, in their inexhaustible credulity, will agree.

So, this year every vote cast against him — not just in the relatively few swing states, but also in states he will carry easily and those he will lose decisively — matters. The larger his national popular vote margin of defeat, the more his predictable sore-loser whining will seem not just contemptible but risible.

Hence it is imperative that the conduct of this election depend as little as possible on the U.S. Postal Service and state and local governments doing unusually difficult things. Polling places must be staffed during a pandemic. There will be unprecedented demands for mail ballots, which must be tabulated quickly.

The Republic’s domestic tranquility depends on encouraging a historic level of early voting. In 2016, more than 41 percent of ballots were cast before Election Day. Ideally, 70 percent will be this year. To minimize the scope for Trump’s sociopathy, the nation needs a timely determination of the outcome — before sunrise Wednesday, Nov. 4. To facilitate this — to prevent days or even weeks of uncertainty, during which Trump can fertilize discord — states should immediately stipulate that mailed ballots must be postmarked five days before Election Day, so that counting can be completed by that evening.

During World War II, the nation bought 60,000 acres of eastern Tennessee wilderness and built an instant city — streets, houses, schools, shops and the world’s most sophisticated scientific facilities in Oak Ridge, a component of the Manhattan Project. Americans can do amazing things when alarmed, as they should be about administering the 2020 election.