For mascots, the show must go on. My time as the San Diego Chicken shows how it can. 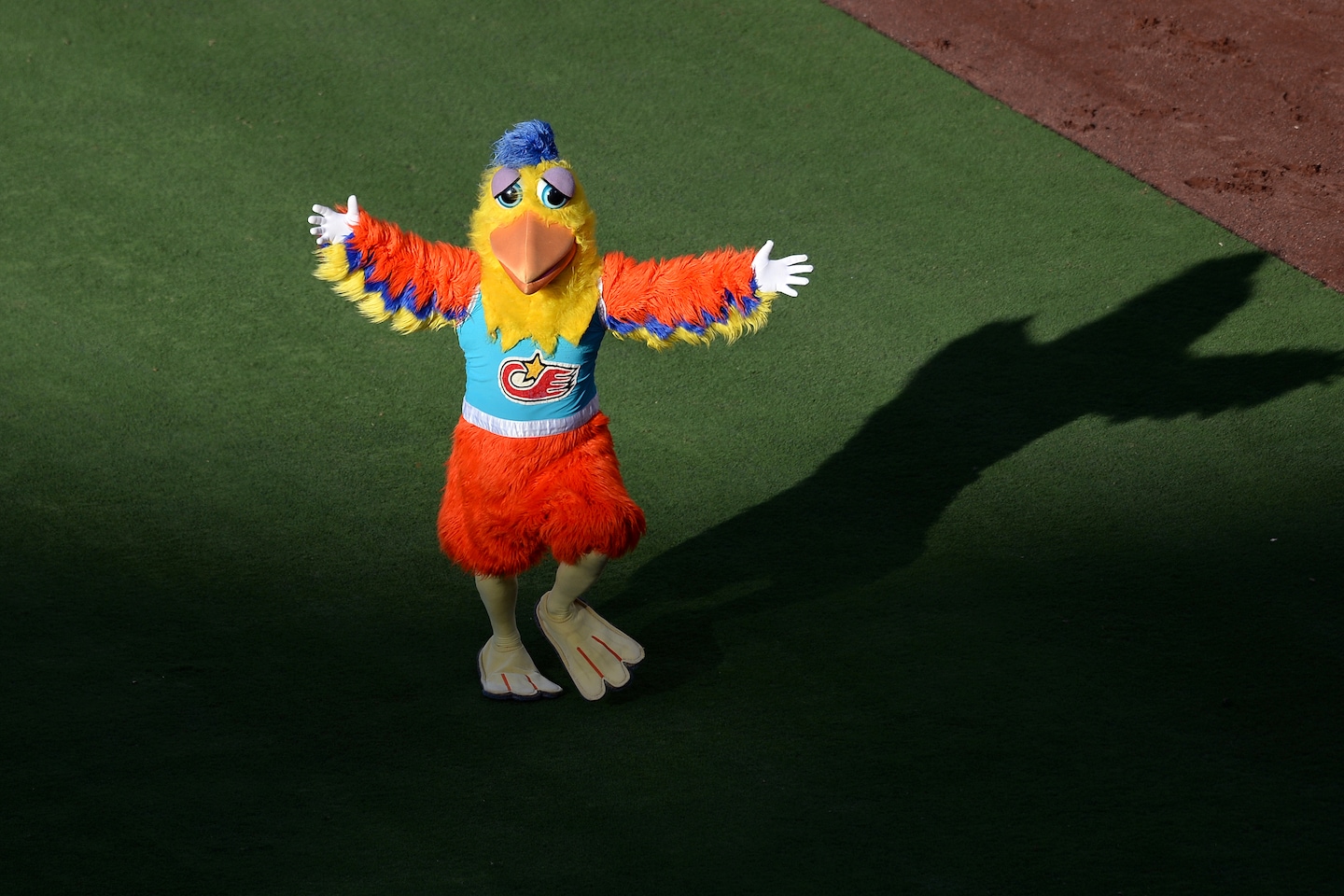 All of which leads to an important question: Under these circumstances, why on earth would baseball need a mascot performer like me? A team mascot at a stadium without fans looks as lonely and out of place as an ice cream truck without kids. And for a while, MLB tried to keep the characters away — apparently deeming us unessential to the game.

Respectfully, I disagree. This is exactly the moment when we mascots are needed most.

I first donned my chicken suit in the 1970s, during my college days, as a promotional stunt for a radio station. In embracing the second skin of my costume, I was transformed, personally and professionally. I became more than just a guy dressed as poultry, even more than — as some have called me — “the Godfather of Feathers.” Like all mascots, I am an ambassador, entrusted with the sacred responsibility of representing the club and serving our fans, regardless of the obstacles. Surely the lords of the game recognized this when they decided to let mascots appear at games — albeit barred from the field of play.

That’s not to say these endeavors will be easy. But based on my experiences, I’m confident the feathered and fiberglassed can rise to the challenge.

Even as the grandstands are hushed, they’re still a prime stage to be engaged with imagination. In my early days, I had to play with the cellar-dweller San Diego Padres when empty stadiums were the norm. But the show went on.

I adopted the zeal of a fuzzy Harpo Marx. A foul ball would careen into empty sections, and I’d race fans for the prize, wrestling, unsuccessfully, into their rugby-like scrum. As a ruse, I’d coax away a peanut vendor’s basket and carry it myself to help sell his supply. Then I’d peel away down the aisle, tossing free bags to all as he gave chase.

Good times. Dumb laughs. And great TV. For a glimpse of The Chicken, network cameras would turn away from the game’s action. Did I mention the Padres were playing?

Today’s MLB mascots can follow suit, so to speak. A case can be made for letting us safely foray onto the field between innings for a routine: After all, when I’m totally wrapped under fur, feathers and foam, nothing penetrates. Many times I’ve given thanks for the spongy beak over my face, the perfect defense against viruses, general cooties and Phillies fans. I’ve never missed a single scheduled sports event because of illness — a record of more than 7,000 games, viewed by more than 65 million people in live attendance in 50 states and eight countries.

Yet even if mascots must remain in the stands, they can harness one of the secrets of the trade: self-amusement. Dance like no one is watching. Cheer like the last fan standing. Rollick in the aisles without lawyers and liability. Own the place from within the costume’s spiritual space.

But, be assured, someone always is watching — and you never know whose day you might make. On a hot summer night during the 1980s in Ohio, I was performing for the Columbus Clippers, the New York Yankees’ top minor-league club at the time. As the game went into extra innings, the number of fans began to dwindle. Innings 15, 16, 17, 18 crept by, but I stayed with the game. After running out of sight gags and honoring every request for autographs and photos, I cavorted amid the vacant seats. I cackled out bird calls and kept boogieing to music atop the dugouts.

In the 19th inning, the game still tied, the few fans who remained were sleeping off their beers. Regardless, I continued with the theatrics. Duty called. Mercifully, at 1:30 in the morning, play was suspended under a city curfew.

Moments later, toting my chicken head in hand, I straggled into the Clippers’ clubhouse. After six hours of performing, my suit and body were slathered in sweat. I was spent.

Then the captain of the team, Rex Hudler, called from across the room. “Teddy, you showed us something tonight,” he said. “We saw you from the bench putting out to the end. It fired us up to keep going. Thanks, man.” The team then applauded.

These are the moments that make baseball magical — those connections between players, fans, TV cameras and, yes, mascots. Even under the constraints of covid-19, this kinship is still possible. I know my fellow mascots are up to the task.