Iraq’s prime minister announces early elections, which will be held next year 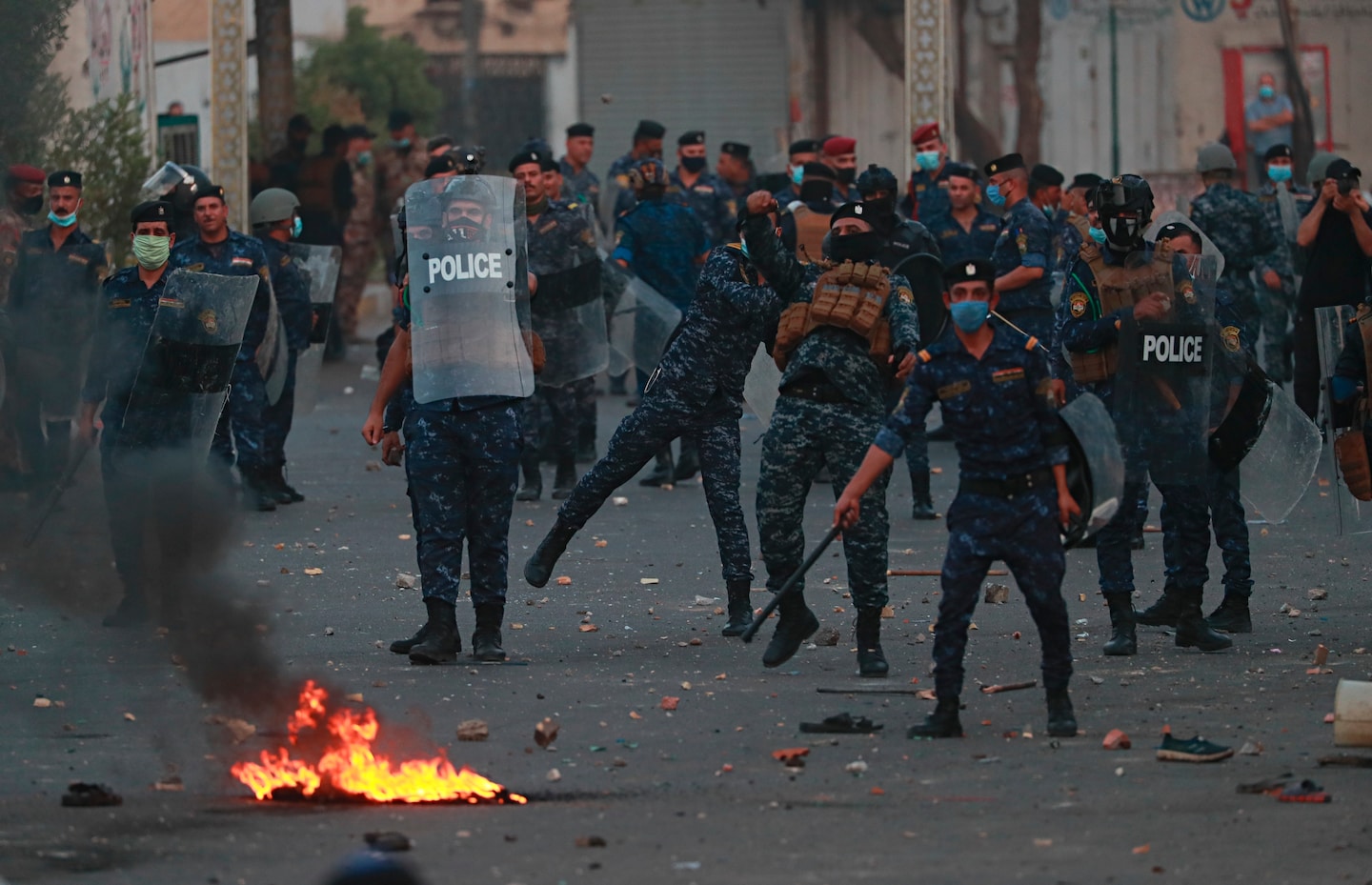 The announcement, in reality, puts the onus for holding fresh elections onto Iraq’s competing political factions because they must reach a consensus over a new election law, and parliament will need to agree on its own dissolution.

It was unclear whether Kadhimi would run for a second term if the early elections take place. Two other political leaders who had sought to become prime minister before Kadhimi had failed to win broad backing from Iraq’s divided political scene, and lawmakers from a crucial parliamentary bloc backed by Iran said they agreed to Kadhimi’s selection only if he would not run for reelection.

In a 13-minute televised speech, Kadhimi made a point of addressing the country’s intellectuals and youth protesters.

“Your free will will make this an Iraq of hope, not an Iraq of chaos and conspiracies,” he said, urging them to organize themselves politically if they wanted to achieve change.

The United Nations mission to Iraq welcomed the call for early elections.

In the space of two months, Kadhimi has faced the daunting task of trying to restructure an Iraqi economy based almost entirely on oil revenue, which has plummeted due to the coronavirus pandemic. He has also clashed with Iran-backed militias as he seeks to prevent Iraq from becoming a battleground for clashes between the U.S. and Iran.

Confronted with an array of forces aligned against him, including corrupt and well-armed groups, Kadhimi has tried win support from Iraqis through near-daily images showing him going about his business, meeting voters, visiting state institutions, and holding talks with religious leaders. On Iraqi social media, posters often joke that his photographer holds the country’s most exhausting job.

Although widespread protests have not resumed, scattered demonstrations are occurring once again, this time protesting economic failure and chronic power shortages during a heat wave, with temperatures in Baghdad reaching 125 degrees Fahrenheit last week.

“Will elections by themselves address people’s concerns about Iraq’s political system? I don’t think so,” said Sajad Jiyad, a visiting fellow at the European Council on Foreign Relations, citing deep-rooted vested interests across Iraq’s political parties — and often backed by armed groups — which have long stymied much-needed reforms. “That’s really the greater issue here, rather than when elections are going to happen.”

Early elections have been a key demand of the protest movement, along with accountability for months of violence used against the protesters, including live ammunition and heavy tear gas canisters fired by riot police and Shiite Muslim militias into crowds of young men and women.

On Thursday, Kadhimi’s spokesman, Hisham al-Dawoud, said that a government committee was investigating the deaths of some 560 protesters and security forces killed during the unrest that began Oct. 1. He said authorities would register “all victims of the protests as martyrs,” entitling their families to each receive roughly $8,400 in compensation.

Those payments, Dawoud admitted, would likely cover little more than the cost of funerals, burials and initially getting families back on their feet.

“Nothing will bring them back,” he said of the protesters.

Hours later, the country’s interior minister, Othman al-Ghanimi, said three members of the security forces would face trial for their roles in the death of two protesters in central Baghdad on Monday.

“They have been suspended and the investigation is ongoing,” the minister stated.

Mustafa Salim contributed to this report.