Yes, federal debt is out of control. But this is not the time to pinch pennies. 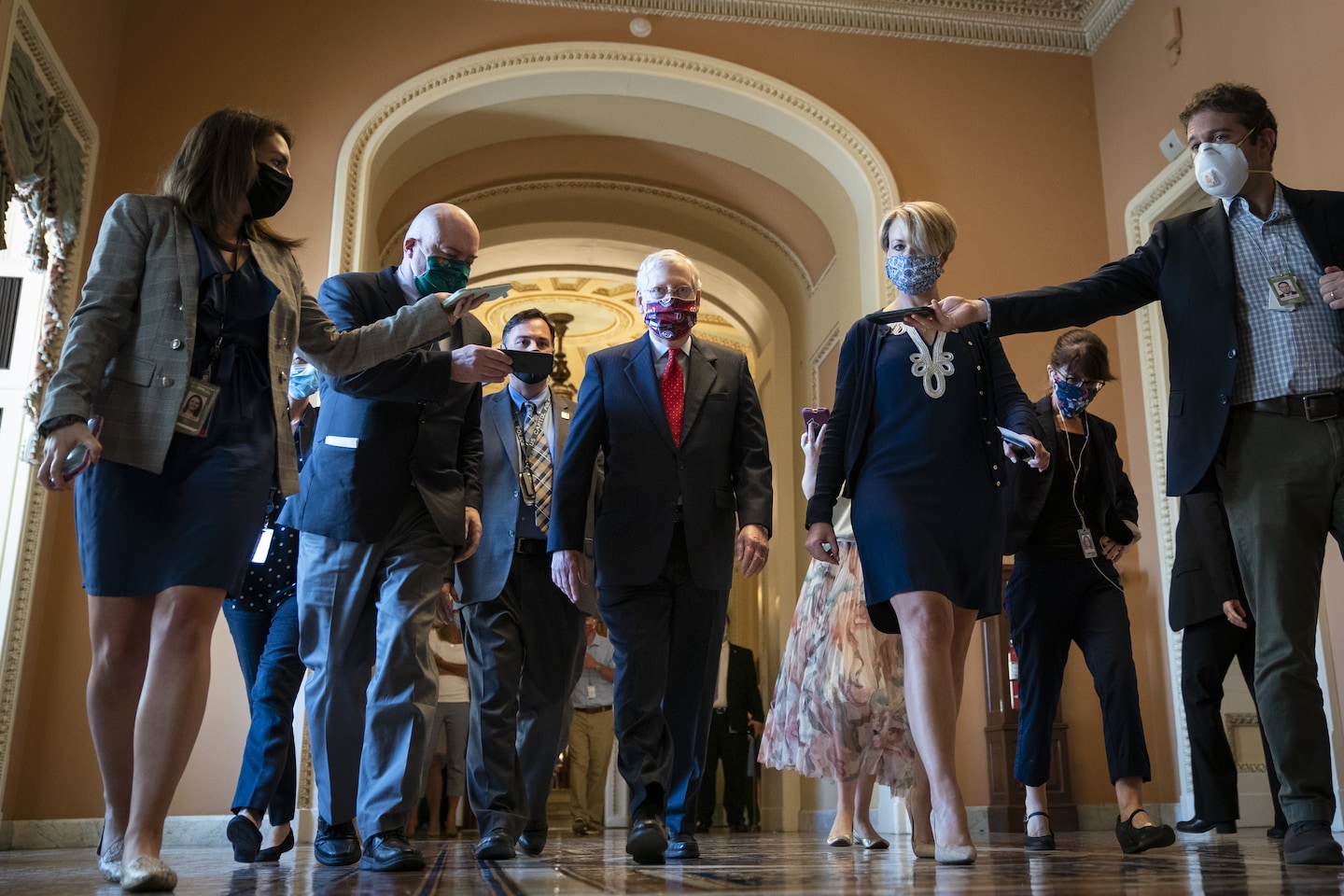 The trouble is that people do not pinch pennies in a crisis. What they want and need is support to keep them from going under, and they expect the federal government to provide it. Herbert Hoover prioritized balancing the budget over federal spending in the depths of the Great Depression, even going so far as to veto a multibillion-dollar relief bill in the election year of 1932. He got shellacked in one of the greatest landslides in U.S. history, a political debacle that made the Democratic Party the natural majority for nearly 40 years.

Republicans should instead focus on delivering what people need rather than providing everything interest groups want. People without work and with no prospect of getting work need help. People with good jobs do not need another round of federal stimulus checks. Schools that have to spend more money to provide safe in-person instruction or to develop workable remote learning options need help. Schools that aren’t providing real, effective education alternatives don’t. Similar distinctions can be made with regard to virtually every proposal being floated to ride out the pandemic.

This distinction between want and need is something Democrats seem to have a hard time with. That’s why their bills almost always have politically embarrassing pieces, such as the bailout for the Kennedy Center for the Performing Arts in the last relief bill. They also habitually try to use must-pass legislation to jam through their partisan priorities, such as the voting rights provision in the coronavirus spending package passed by the House that allows for what critics decry as “ballot harvesting” — a procedure ripe for fraud in which third parties can collect absentee ballots for voters and deliver them to the election authority.

Republicans, too, are guilty of confusing want with need, as the president’s attempt to use the relief bill to get funding for a new FBI headquarters shows. Need is not the same thing as want, as every parent knows, and an approach tailored on that theme would both meet the moment and win the day.

The mind-set that turns human issues into fiscal ones is a recurring one within the GOP. Hoover’s obstinacy is the obvious example, but President Dwight D. Eisenhower offers another one. He was elected as a new type of Republican who was not opposed to the principles of the New Deal. He said he was “conservative when it comes to money and liberal when it comes to human beings.” This formula worked during a growing economy, but not when a serious recession hit in 1958. The GOP lost 48 seats in the House, dropping to a mere 153 seats and 35 in the Senate. The party did not get more than 45 Senate seats again until 1980, and did not surpass 200 House seats until 1994.

The man who started the Republican resurgence, Ronald Reagan, was a former Democrat who knew that help for people in need was more important than fiscal stringency. Joined by supply-side leader Rep. Jack Kemp of New York, who called on the party to shed its “green eyeshades,” Reagan tolerated then-tremendous federal deficits as the price for cutting taxes, maintaining the social safety net and rebuilding the U.S. military. Democrats attacked the deficits to no avail, as Americans saw that Reagan cared more about results than abstractions.

We are now engaged in a great war against the novel coronavirus. Like any war, the aim has to be victory whatever the cost. We will not win the war if we reopen the economy, only to find it collapse again as people are too scared by a resurgent virus to work and shop. We also will not win the war if we let people economically collapse during government-imposed shutdowns in the name of balanced budgets.

People deserve and demand help. Republicans need to take the lead on crafting a realistic, needs-based relief plan if they want to continue to lead the ship of state. If they don’t, the people will hire another captain this fall who will guide that ship to the port they want to travel to.