A teenage pop sensation becomes a soldier, and the Israeli army tries to cope 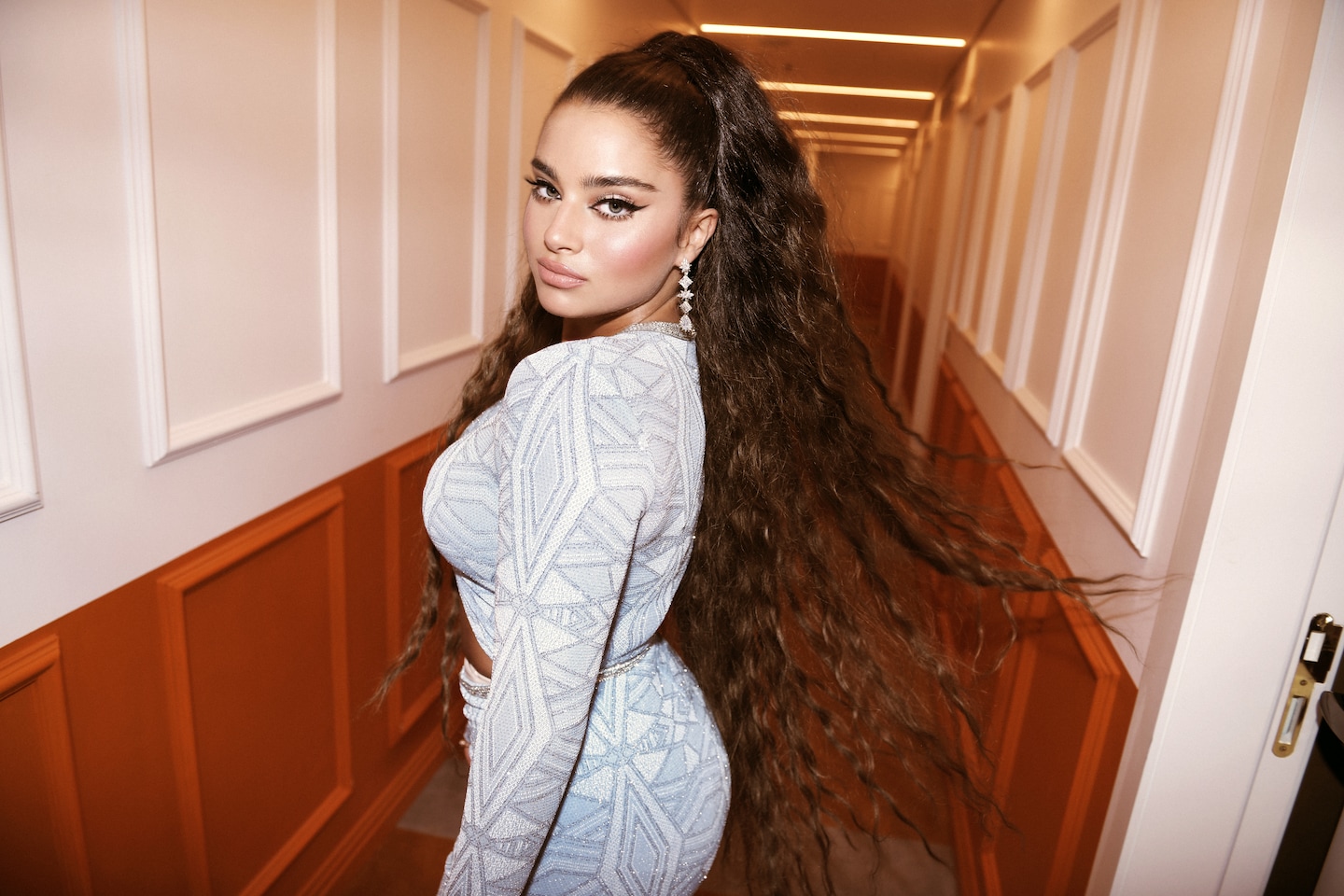 But for the foreseeable future, every media interview, every public appearance, every television taping and photo shoot must be strictly coordinated with the Israeli army.

Kirel, 19, was drafted into the army six months ago under Israel’s mandatory conscription law. And as teen pop superstardom encounters military conformity, it is proving to be a challenge for the wildly popular singer — who cannot walk down the street without being mobbed by fans — as well as for the army brass.

“It’s not easy, but there is something very authentic about it,” Kirel said during an interview at her family home.

When she’d breezed into the room, with long sleek hair, bright blue eyes and a flawless complexion, she was instantly charismatic and immediately fussed over by her manager, publicist and mother. Two soldiers were also present, assigned to monitor and clarify her comments.

In the short time she has served, Noa, as she is affectionately known by her fans, has already stirred a handful of controversies. In February, on the day of her draft, a nerve-racking affair at which recruits part from their parents, the paparazzi were there in full force vying for a first photo of her in uniform.

After a month of basic training, which Kirel said she enjoyed because she was ordered around like every other recruit and forced to do “normal” chores such as cleaning toilets, she was placed on the “talent track,” allowed to form her own music act and dispatched to perform for the troops. In no time, however, a short video clip of her singing with two male backup dancers clad in military fatigues and heavy combat boots went viral, drawing ridicule and criticism on social media. The backlash caused the army to cancel all military dance roles.

More recently, a commercial for a cable television company featuring Kirel in U.S. military fatigues singing “Let the Sunshine In,” from the musical “Hair,” left some in the army’s top echelon uncomfortable at the sight of an active-duty soldier in a foreign uniform performing in a video inspired by the 1960s antiwar movement.

“The Israeli army has always enlisted soldiers from all different backgrounds and with all sorts of needs and talents, including famous ones,” said a senior officer in the army’s manpower directorate, who could not be named according to military protocol. “It’s a challenge having Noa, but the army’s goal is to draft everyone and find them a place where they can serve Israel in their own way.”

Most Israelis are drafted into the military at 18 with the exception of most Arab and ultra-Orthodox Jewish citizens, and while the army has absorbed celebrities into ranks before — think “Wonder Woman” actress Gal Gadot, who was already crowned Miss Israel before her service — it has not dealt with anyone quite on this scale.

A recent article in Billboard magazine likened Kirel’s situation to that of Elvis Presley, who was called to serve in the U.S. Army also when he was at the peak of his success in 1958.

For Kirel, who had to inform Atlantic Records during the contract negotiations that she would be going into the army for two years, fulfilling her military service was never a question — though she could have received an exemption on health grounds because she has only one kidney.

“I felt that because I was famous I had to serve to set an example to others,” Kirel said. “I know people abroad will probably not understand this, not understand why I have put everything on hold, but it was clear to me that I had to do this.”

Roberto Ben Shoshan, Noa’s manager, said splitting time between her work and army duties is having an impact on her career, “but she is doing something that is very important to her.”

Dan Arav, dean of media studies at the College of Management Academic Studies in Rishon LeZion, said it is mutually beneficial when a huge star enlists in the military. “The army is always trying to project a positive image. It is part of their marketing tactics, and for those who are joining the army, they want to tell themselves they are doing something of significance,” he said.

During Israel’s early years, the army was “the main platform to boost the careers of young, rising stars,” said Raz Shechnik, who writes about culture and media for the Israeli newspaper Yedioth Ahronoth. He said nearly all of Israel’s iconic musicians got their start in one of the army bands. But by the end of the 1970s, the army had deemed musical ensembles unnecessary and all but the orchestra was disbanded.

Some young Israeli celebrities started looking for ways out of the army because it interfered with their careers, most notably supermodel Bar Refaeli, and many faced sharp public criticism for shirking a duty most Israelis see as an important responsibility.

More recently, the army has sought ways to accommodate celebrities, Shechnik said, for instance by offering Kirel and her pop star boyfriend Yonatan Margi a way to maintain their fame, keep their privacy and serve like others their age.

Both are serving but not on the talent track. Instead, Zak was deemed an “active artist” and put to work in the army’s induction center, her famous face regularly used for public service messages, and Gvarm was placed in an administrative position in army headquarters, allowing her time to post to her followers.

“People aren’t accepted to the talent track just because they are popular on social media,” said the senior army manpower officer interviewed by The Post. “But we are sensitive to their careers while they’re in the army.”

For Kirel, even with the challenges, she welcomes her new role.

“Obviously, I am performing at much smaller venues and in front of a much smaller audience than I am used to, but I am there with the soldiers, and we are all wearing the same uniform. It is very meaningful for me,” she said.