Will Trump defy the voters? Let him try. 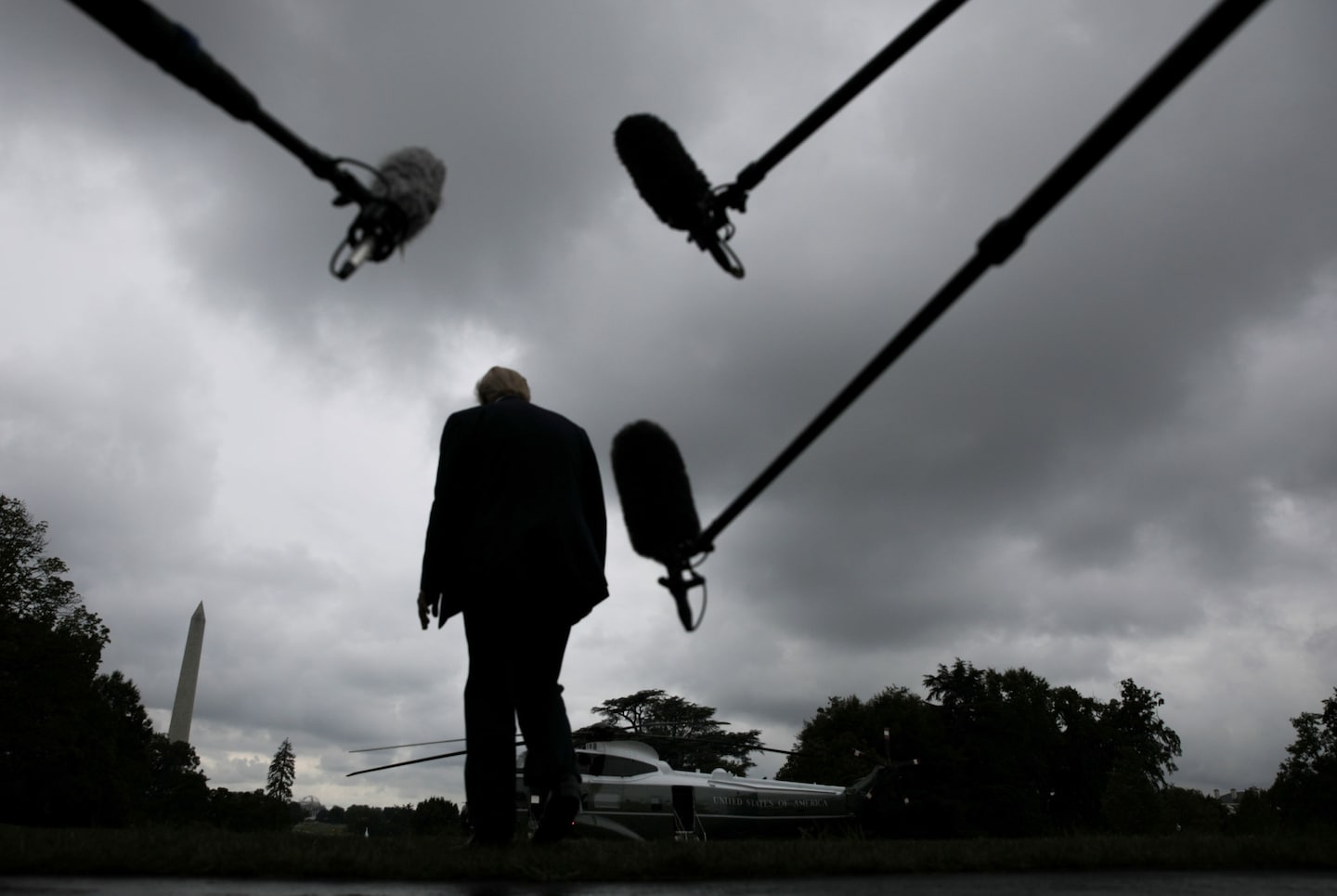 You know what? We should hope he does.

Because that kind of constitutional crisis might be exactly what the country needs to put this nightmare behind us.

It’s no longer really a question of whether Trump will try to defy the will of the electorate, should he lose, but rather how. For months now, he’s been assailing the credibility of mail-in voting and refusing to say whether he’d honor the election results.

My colleague Max Boot recently wrote about a project in which he and other experts tried to predict what a standoff this fall might look like. In the most likely scenario, Trump would launch a legal challenge to the results in several states with Republican-led legislatures, banking on supportive state lawmakers to intervene and choose their own electors.

Ultimately, any legal or political challenge would end up with the Supreme Court, which ruled for Republicans in the most recent disputed election 20 years ago.

Then there’s the even darker fear that Trump, who has already deployed the armed forces against peaceful protesters, might order the generals to keep him in office after the election, under the guise of preserving civil order.

I understand why the threat here terrifies Trump’s opponents. At the heart of all of these scenarios is a sense that America’s cornerstone institutions, damaged by decades of partisanship and battered by four years of Trump’s relentless assault, aren’t up to the task of safeguarding the democracy.

We’ve seen the media so weakened by Trump’s methodical attacks — sometimes aided by our misplaced self-righteousness — that even the most irrefutable truths are dismissed out of hand by some large segments of voters.

We’ve lost faith in the bulwarks of a civil society, and we’re afraid the time has come when a demagogic president might successfully transform himself into an emperor, or at least destroy what’s left of the country while trying.

The institutions of democracy weren’t ready for a threat such as Trump, and they haven’t always, or even mostly, met the test. But they’re more resilient than you think.

In recent months, we’ve seen the chairman of the Joint Chiefs of Staff apologize for allowing himself to be used for political purposes in Lafayette Square and the civilian defense secretary defy his own president by publicly opposing the use of the Insurrection Act, disarming troops in Washington and sending troops stationed outside D.C. back home.

The Supreme Court, led by the chief justice, has sided against Trump on the question of whether he can withhold his tax returns from criminal investigators, among other things. And Republicans in Congress, who’ve wallowed in shame and submission for most of the past four years, immediately punctured Trump’s trial balloon, floated earlier this week, about delaying the election.

I don’t believe the high court would shield a president who had signaled for months that he had no intention of respecting the electorate. I agree with what the presumptive Democratic nominee, Joe Biden, said in June — that military leaders would show up at the White House with Trump’s eviction notice if it came to that. I’m pretty sure they’d welcome the opportunity at this point.

And that’s really how this whole dystopian chapter ought to end — not with Trump suddenly discovering his inner statesman and conjuring the illusion that his presidency was just like all the others, but with the guardians of democracy roughly tossing him to the curb.

If you come home to find a burglar taking your TV, you don’t open the front door and hope he sees himself out. You want the cops to show up and restore a sense of order to the neighborhood.

Trump would be doing us a service — finally — by giving us a chance to prove that however much the institutions of government may bend, they aren’t broken.

Forty-six years ago, Richard Nixon flashed his silly victory sign as he boarded the chopper that would carry him away from the White House for the last time, cloaked in ignominy. It’s our most enduring image of Nixon — the moment when rule of law triumphed over petty venality.

That’s too good an ending for what Trump has wrought. He deserves a ruder send-off, and so do we.