A new Chuck E. Cheese children’s ride but no one to ride it 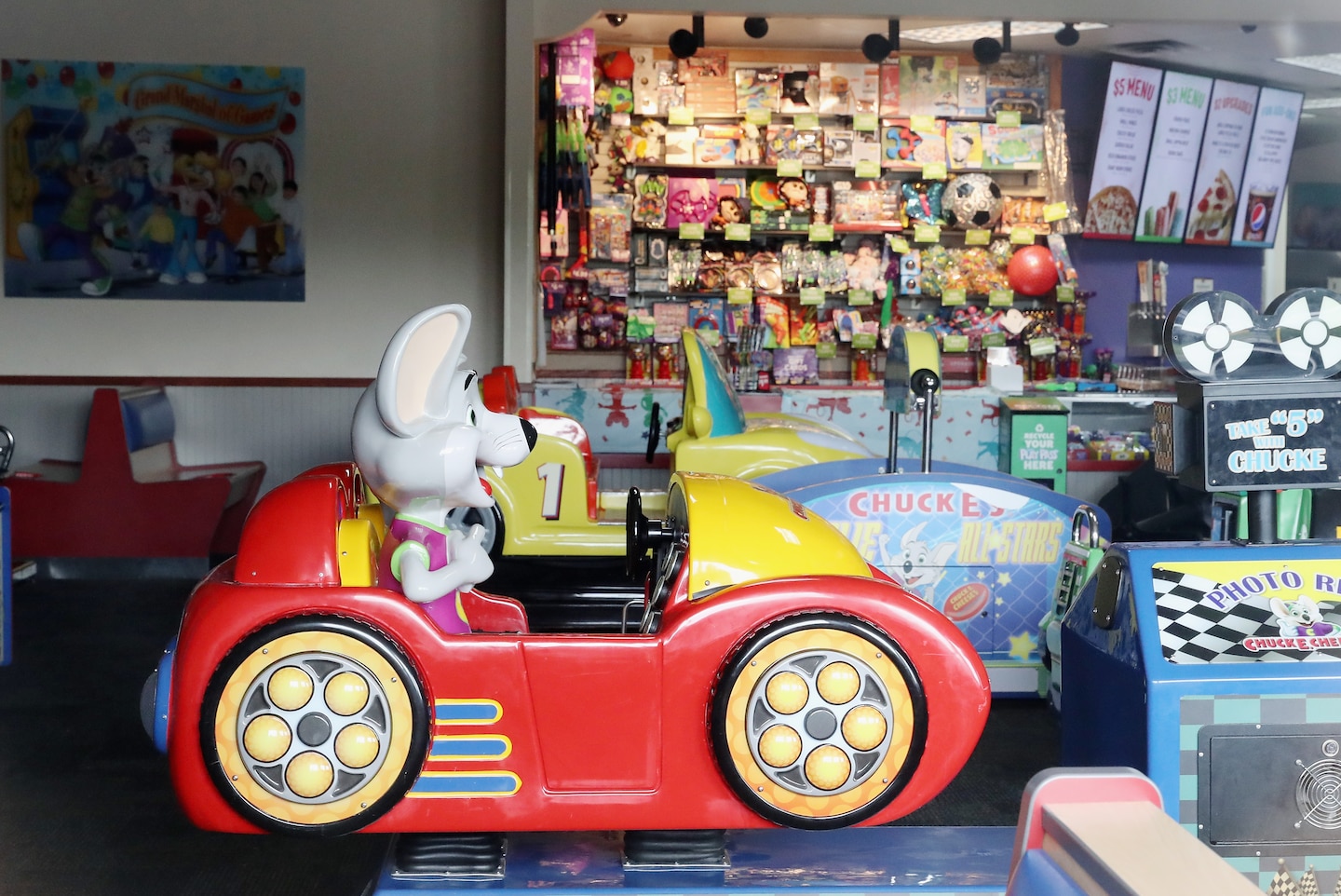 Then the pandemic lockdowns hit, forcing many businesses to close or rethink everything from how to serve customers to how to get supplies. Bankruptcies were not far behind. A wave of major U.S. corporate brands have sought Chapter 11 protections.

The parent company of Chuck E. Cheese did it in late June.

“This machine has been there since March and still has not had a child ride on it,” said Watson, general manager of Jolly Roger (Amusement Rides) Ltd. “Sums the whole problem up I guess.”

One major problem for suppliers: they are at a lower priority level for debt repayment under Chapter 11 bankruptcy rules, compared with secured creditors like banks. That means for many factories, their new orders have not only stopped, but they face grim chances of recouping payment for products already shipped.

In southern China, Jay Chiang, chief executive of Pier 1 Imports supplier Live Oak (Yiwu) Co., said he had given up hope of the U.S. retailer paying him the $240,300 that it owes for bulk orders of wind chimes he shipped months ago.

“I feel a bit cheated,” he said. “We didn’t understand the severity of their situation until it was too late.”

Pier 1 Imports did not immediately respond to a request for comment.

Some Asia-based clothing suppliers of J.C. Penney are even worse off. Several have filed claims for more than $1 million in owed payments after the department store chain declared bankruptcy in May.

Razat Gaurav, chief executive officer of Michigan-based supply chain consultancy Llamasoft, said that many factories across Asia are small and midsized enterprises with limited balance sheets, which makes them vulnerable in this downturn.

The hit to industries like textiles in particular threatens livelihoods in the developing world. Countries such as Bangladesh, Cambodia, Vietnam and Ethiopia rely heavily on making shirts, socks and other apparel to provide jobs and support their economies.

Gaurav said that emerging economies like Vietnam have made significant factory investments in recent years, anticipating a shift in production out of China, where costs were rising. But the small scale of many of these factories leaves them few safety nets against a major downturn. Even when demand recovers, they will face a challenge of rebuilding their workforce, which has dispersed amid the pandemic.

Worker protests have erupted in India and Bangladesh, following abrupt layoffs. Hundreds of garment factories in Cambodia have suspended operations as their orders plunged, according to the Garment Manufacturers Association in Cambodia.

‘There won’t be any hope’

Watson’s grim view up and down his supply chain is similar to that in many consumer industries right now. Downstream, his main customer has filed for bankruptcy. Upstream, many of his suppliers in China and South Korea have gone quiet, no longer returning messages.

One of his former suppliers started trying to sell him disinfection chambers instead of children’s rides, he said.

In Zhongshan, China’s capital for amusement ride manufacturing, many of Watson’s suppliers are struggling for survival. In April, Zhongshan amusement ride manufacturers reported to provincial officials that overseas orders had ground to a halt, making it difficult for them to meet factory rents and worker salaries, according to an account published by an industry group.

The local government arranged bank loans and other subsidies to help tide them through, but several have filed for bankruptcy in recent months.

Sun Junhao, the general manager of Zhongshan-based industry magazine Amuse China, said that among the hundreds of children’s ride makers there, many are suffering, especially those that had relied on foreign exports.

“Exports have almost stopped,” he said, of the U.S. and European markets. “We believe there won’t be any hope before the end of the year.”

Watson said one of his Zhongshan suppliers, M-Sky, had dropped off the map, no longer returning messages. A saleswoman at M-Sky who gave only her surname, Huang, said the company was still operating but had been hit hard by the global economic slump.

“Procurement from Europe usually starts in March,” she said. “This year, their procurement has not even started yet.”

In a normal year, Watson would be selling dozens of rides each week, mainly to U.S. buyers. In a recent week, Watson said he got only one order: from an Iraq-based buyer for a small carousel. Jolly Roger laid off some staff last month.

Adapting amid a pandemic

Gaurav said that many of the companies that suffered the most this year had been slow to develop e-commerce channels and had to scramble to adopt new technology when the coronavirus hit.

This was the case with department store chains like J.C. Penney and Neiman Marcus, and also with Chuck E. Cheese.

As the coronavirus shutdown wore on, Chuck E. Cheese sought to sell its pizzas through a new delivery brand, Pasqually’s Pizza & Wings — which caused a kerfuffle when diners discovered they were actually ordering Chuck E. Cheese pizza.

Watson said that his team at Jolly Roger is racing to develop self-cleaning rides that are embedded with an antimicrobial coating developed by Connecticut-based SD Labs.

“Realistically, you can’t wipe a ride every time a child has been on it,” he said.

Chuck E. Cheese chief executive David McKillips declined to be interviewed for this article. A spokesman said he was focusing on guiding the company through the Chapter 11 process.

This is the second time the children’s game center chain has gone through Chapter 11. Chuck E. Cheese was launched as Pizza Time Theater in 1977 by video game pioneer Nolan Bushnell, and its singing shows by oversized animatronic animals were cutting-edge at the time.

Its first bankruptcy was in 1984, prompted by an intense rivalry with copycat chain ShowBiz Pizza Place. In the ensuing merger, ShowBiz’s animatronic mascots had to be transformed into the Chuck E. Cheese gang, a grisly mascot plastic surgery process that executives called “concept unification.”

Watson said that Jolly Roger mainly specializes in classic ride designs, like carousels and trains. His three-year-old daughter prefers the Dora the Explorer ride made by a competitor, he said, to his chagrin.

One of his selling points to clients used to be his rides’ lasting quality, with some Jolly Roger coin-operated rides installed 25 years ago still operating. Now, he says, they must rethink many aspects of their ride designs, and probably move from coins to contactless payments.

Until then, there is one bright note: The U.S. Mint announced on Friday that coronavirus prevention methods had resulted in a nationwide coin shortage, and encouraged citizens to spend their change.

Liu Yang in Beijing contributed to this report.