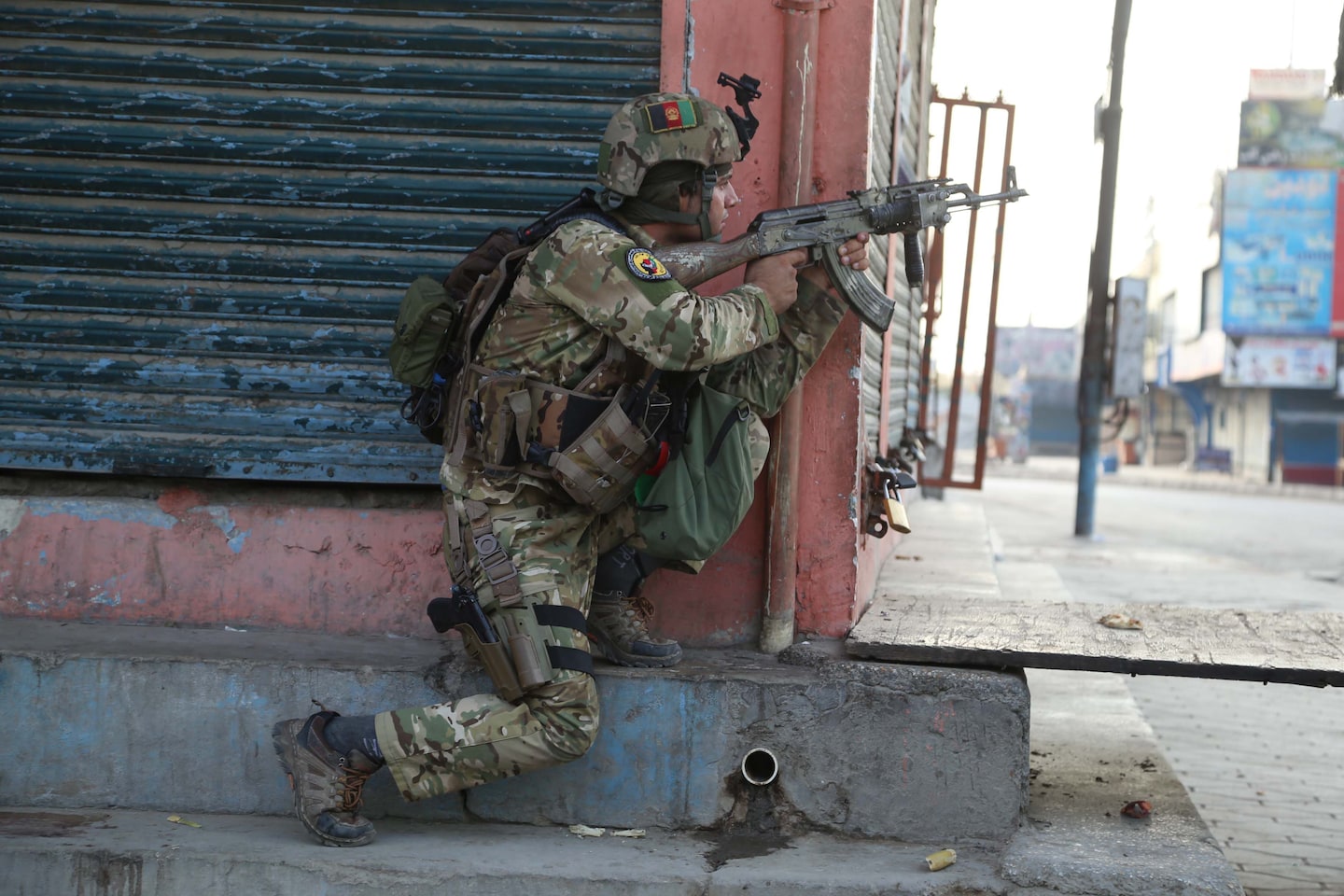 Afghan special forces were dispatched to the scene, where they continued to battle the militants into Monday morning. Several gunmen are resisting security forces from inside the prison as well as from the rooftop of a building close by, Nangahar government spokesman Attaullah Khogyani said.

Khogyani did not specify how many attackers remain at the scene, but he said security forces had killed three gunmen as of Monday morning.

The attack began just hours before a three-day cease-fire between the Taliban and Afghan government forces was set to expire. A Taliban spokesman quickly tweeted a brief statement denying responsibility, but the target choice and complexity of the attack mirrored past Taliban assaults.

The prison raid would mark the most sophisticated Islamic State attack in Afghanistan since the group officially announced the establishment of its Afghan branch in 2015. For months, Afghan officials have feared that Taliban fighters displeased with the group’s participation in peace talks would join the Islamic State, potentially bringing battlefield expertise and tactics with them.

Local media reported that hundreds of inmates escaped the Jalalabad prison during the attack Sunday, but one Afghan official said the number of escaped inmates was probably closer to 50. The official spoke on the condition of anonymity because he was not authorized to brief the media on ongoing operations.

Khogyani, the Nangahar government spokesman, said that “a number” of the prisoners who escaped the complex were quickly taken back into custody by police, but he declined to disclose specifics.

A Taliban raid on a prison in Ghazni in 2015 freed more than 350 prisoners. That attack also began with a car bomb that breached the complex’s perimeter before gunmen stormed the buildings.

Until the prison attack Sunday night, the cease-fire marking the Muslim holiday of Eid al-Adha had largely held. The truce was intended as a confidence-building measure to aid in the push for direct peace talks. After the signing of the U.S.-Taliban peace deal, further negotiations have been delayed for months by an escalation of violence and a controversial prisoner swap.

The Islamic State was not a party to the cease-fire, and Sunday’s attack would probably not constitute a violation of the truce. But it highlights the kind of violence that could continue in Afghanistan despite a peace deal with the Taliban.

Afghanistan’s Islamic State offshoot has claimed responsibility for several recent attacks in Kabul in which gunmen stormed buildings and held off security forces for hours. But the group has largely focused on civilian targets in areas home to religious and ethnic minorities, rather than highly fortified government buildings.

After news broke of the Jalalabad prison raid, two Afghan security officials said the attack could have been carried out by a Taliban splinter group upset by the push for direct peace talks. The concern touches on questions surrounding unity within the Taliban movement and the ability of the Taliban political leadership in Qatar to control the group’s fighters on the ground. Both issues are becoming increasingly important in the lead-up to peace talks.

The officials spoke on the condition of anonymity because they were not authorized to brief the media.

Afghan officials have repeatedly alleged links between the Taliban and the Islamic State in the past, claiming that the groups aid each other in carrying out attacks and share training pipelines. The long-held theory highlights the depths of distrust between the Afghan government and Taliban movement and threatens progress toward formal peace talks.

Before Eid, the Afghan government announced it would release 5,000 prisoners as the Taliban demanded before talks could begin. But the sides remain at odds over who should be included in the 5,000. Taliban officials seek the release of hundreds of fighters linked to deadly high-profile attacks, a move strongly opposed by government officials and international human rights organizations.

Afghan President Ashraf Ghani called for a traditional Afghan consultation, or loya jirga, later this month to decide what to do with the disputed Taliban prisoners. Political, religious and community leaders from across the country are likely to discuss the issue over three to five days at the gathering in an effort to reach a consensus.