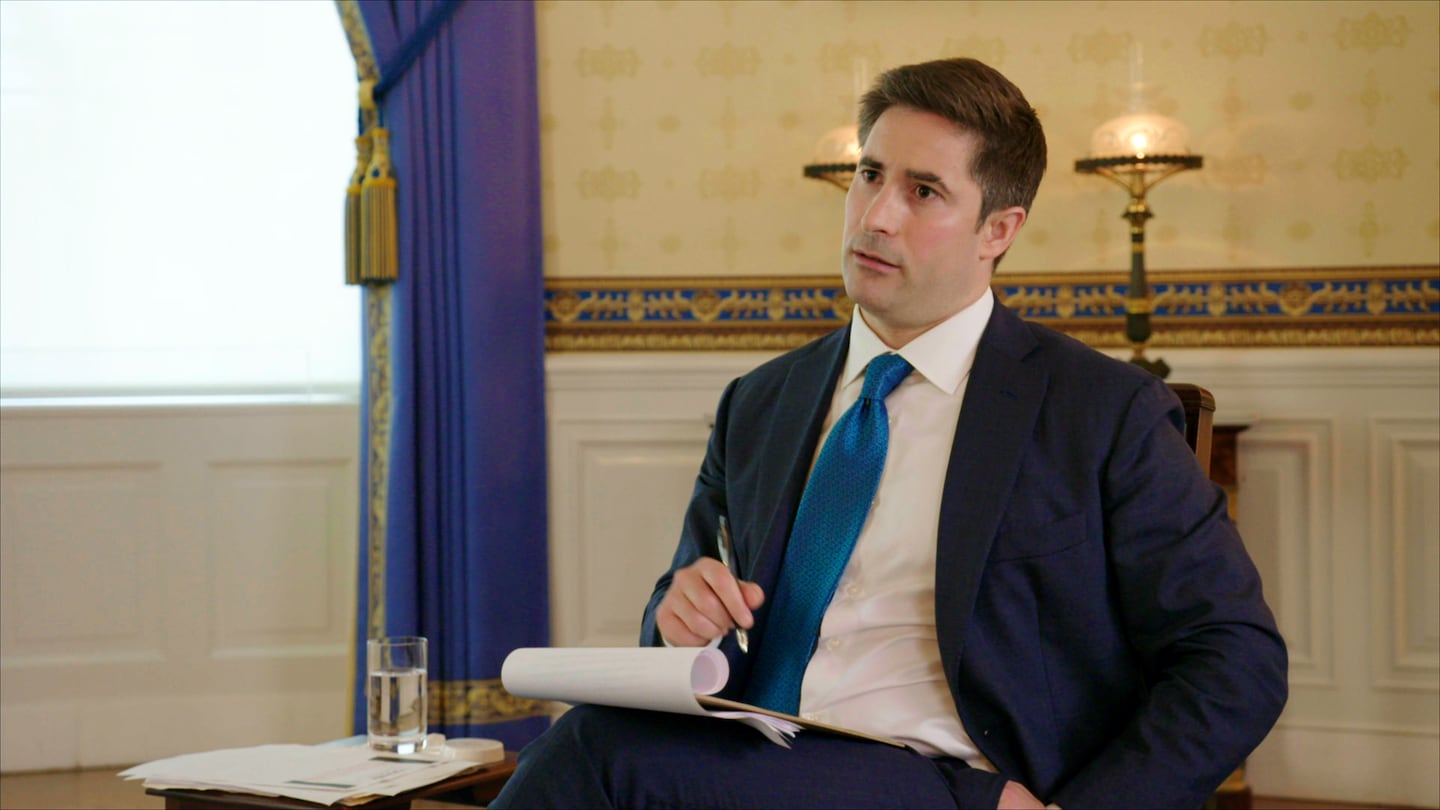 The response was much, much better for Swan’s latest interview with the president, which was taped last week and aired Monday night as the 10th episode of the show’s third season on HBO.

The national political reporter’s interview earned him praise from across the political aisle, and from beyond the usual media commentators. “Jonathan Swan is one of the best live interviewers on the planet,” wrote longtime GOP pollster Frank Luntz on Twitter. “Journalism schools should be required to show the @jonathanvswan @axios interview to every incoming class in perpetuity,” tweeted sports radio host Rich Eisen.

For Axios chief executive and co-founder Jim VandeHei, who defended Swan in 2018 against the backlash he was facing, the Trump interview was less of a return to form than a product of the Australian-born journalist’s fast metabolism and strong work ethic in covering this presidency.

“Swan has been tough, persistent and newsy since we hired him,” VandeHei said. “Anybody who reads or watches him realizes and appreciates it.”

As for his 35-minute interview with the president, VandeHei said: “Swan is a true student of the craft and studies tapes, history and previous interviews more than any reporter I have met in two decades. It’s rare for reporters these days to be fearless, fact-based, devoid of bias … and maniacal about their sourcing, reporting and preparation. Swan is all of that, and a natural for the depth and cinematic nature of the HBO show.”

Interviewing Trump on TV is seen as more of an art form than a science, and those who have experienced it were quick to recognize Swan’s success in pressing the president on topics that included the spread of the novel coronavirus, mail-in voting, and the use of federal officers against protests in Portland, Ore.

“I think he realized that the interview could have gone down the typical lane that most interviews with Donald Trump go down, which is that he commandeers the interview. But Jonathan did his level best to not let that happen, and that itself is a victory,” said David Brody, a Christian Broadcasting Network journalist and analyst who conducted his most recent interview with the president on June 22.

Brody said that Swan was able to “gameplay” Trump’s likely responses to his questions and praised his research-based approach to preparing for the interview. “Jonathan is cut from a different cloth,” he said. “All Jonathan wants to do is be a reporter. He’s old school. He’s got the notebook in his hand. He’s got the phone in his hand at all times. He gives it to both sides, and I just thought it was impressive.”

Swan declined to comment for this story, saying on Tuesday that he “would rather not talk about” himself and wants “to let the interview speak for itself.”

During an appearance today on CNN, Swan said he “wasn’t trying to score a point or gotcha” in the interview. “What I was trying to get him to do was grapple with the question of why,” he said. “Why is it that America with its incredibly sophisticated and advanced science and medicine, the leader of the free world, is doing so much worse than so many other advanced countries on a death-as-a-proportion-of-population basis?”

Swan, who was hired away from the Hill, has been one of the public faces of Axios since the company’s January 2017 launch. And, along with reporters like Mike Allen, he has helped establish the digital media company as a force to be reckoned with on the Trump beat, in addition to subjects such as tech and health coverage. He made waves with exclusive stories about the coming and going of various Trump-era figures, including Stephen K. Bannon, Anthony Scaramucci and Nikki Haley, former U.S. ambassador to the United Nations.

While Swan’s interview made a splash in a way that few interviews with Trump have, it had a recent precedent in Fox News anchor Chris Wallace’s lengthy grilling of the president on the July 19 “Fox News Sunday” show.

“He argued with him a lot, but I don’t think he laid a glove on him compared to what Chris Wallace did,” said former CNN Washington bureau chief Frank Sesno. “To me, Chris Wallace remains the sort of gold standard of the interviews that I’ve seen because he was so well-prepared, so ready to counter. … I would say that Swan was more argumentative than he was fact-responsive. What that interview showed is that Swan was willing to stand his ground.”

Swan was particularly emotive throughout the interview, expressing his confusion and disbelief at some of Trump’s responses in moments that were quickly captured and shared on social media.

Asked for a comment on Swan’s interview, a spokesman for Trump’s reelection campaign pivoted to presumptive Democratic nominee Joe Biden, saying that “President Trump is the most accessible president in modern history while Joe Biden continues to hide in his basement and avoid the hard questions.”

VandeHei, Swan’s boss, took pride in the interview’s far reach. While social media buzz and cable news pickup can be hard to quantify, a nearly-three-minute-long clip of the interview published Monday night on Twitter by Axios has racked up more than 34 million views.

Bryant Terry on ‘Black Food,’ plant-based eating and where he finds inspiration

Carolyn Hax: A caregiver-spouse struggles with feelings of emptiness and resentment