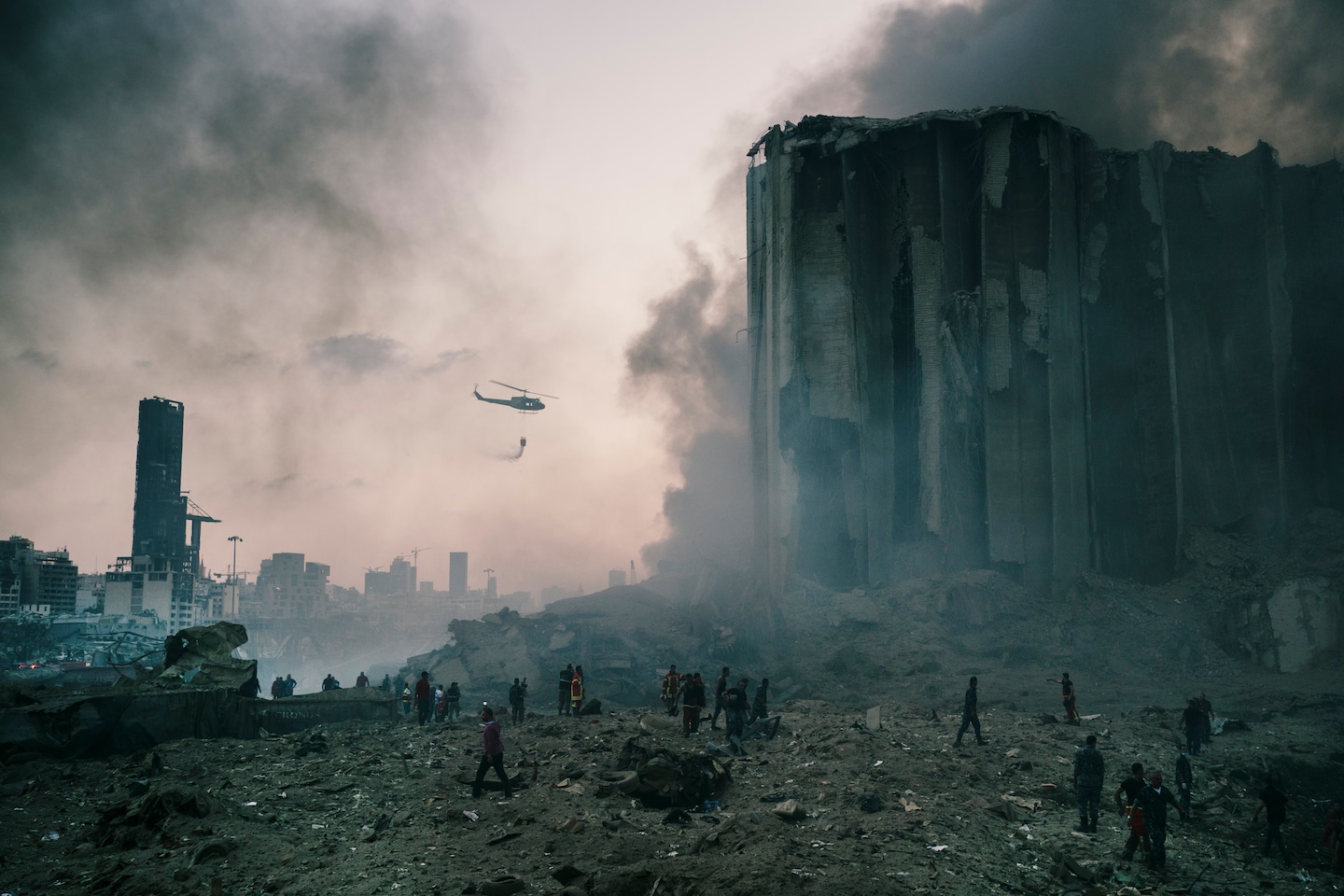 The casualty numbers rose through the evening, with more than 70 dead, the Associated Press reported, and more than 3,000 injured, according to the Health Ministry.

Hospitals were overwhelmed by the number of injuries. One, the Hotel Dieu, said it had received over 500 injured people in the first hours after the blasts. For more than an hour after the explosions, people with blood streaming down their faces or limbs wandered the streets trying to find a way of reaching hospitals on roads too clogged with traffic and debris for ambulances and taxis to move.

In the early hours of Wednesday, Red Cross workers were still scouring the wrecked and deserted streets in neighborhoods adjoining the port, calling out to residents who might be trapped and injured to identify themselves.

The explosions coincide with mounting tensions between Israel and the Lebanese Shiite militia Hezbollah, which maintains a facility at the port and has long been accused by U.S. officials of using it to smuggle weapons into the country. The incident follows a spate of mysterious blasts at Shiite militia weapon-storage sites in Iraq last year, which Iraqi and Israeli officials have said Israel was responsible for, and more recently a string of explosions at military sites and sensitive locations in Iran, which regional intelligence officials have said Israel, at least in part, was behind.

An Israeli official, who spoke on the condition of anonymity because he was not authorized to brief reporters, said that Israel had no role in the Beirut explosions. Israeli Defense Minister Benny Gantz and Foreign Minister Gabi Ashkenazi offered the Lebanese government medical and humanitarian aid as well as immediate emergency assistance, via international intermediaries because Israel and Lebanon are in a state of war and have no official contact.

In a statement offering condolences to families of the dead and injured, Hezbollah did not apportion blame. It called the incident a “huge national tragedy” and urged Lebanese to unite to overcome the ordeal.

At a news conference, President Trump called the explosion a “terrible attack” and said U.S. generals seemed to feel that it was the result of a “bomb of some kind.” But military officials said they had yet to make a solid assessment of the explosions.

There were many indications that the blasts may have been a tragic accident. Lebanese Interior Minister Mohammed Fahmi said it appeared that stocks of ammonium nitrate, a fertilizer that can be used in bombmaking, had ignited.

Prime Minister Hassan Diab linked the explosions to 2,700 tons of the dangerous chemical that had been stored at the port since 2014, despite warnings from port officials that the material was not safe.

“I promise you that this catastrophe will not pass without accountability. . . . Those responsible will pay the price,” he said in a televised speech. “Facts about this dangerous warehouse that has been there since 2014 will be announced and I will not preempt the investigations.”

But suspicions lingered that Israel may have been involved, said a senior Lebanese army officer who spoke on the condition of anonymity because the issue is sensitive. Numerous witnesses reported hearing warplanes overhead at the time, he noted.

“There are suspicions,” the official said. “There will be no conclusion until there has been a full investigation.”

Israeli planes and drones have been spotted flying with increasing regularity over the city in recent weeks as tensions have risen.

One thing that was clear is that crisis-stricken Lebanon, in the throes of a major economic collapse and battling rising numbers of coronavirus infections, is in little position to cope with another disaster, especially on this scale. At least two hospitals were badly damaged in the explosions, and TV footage showed staff evacuating patients to alternate hospitals that were themselves swamped — in the dark, because the city had no electricity.

The Red Cross told all ambulances across the country to head to Beirut to report for duty.

Many residents lost their homes, especially in the majority-Christian eastern part of the city closest to the blast. In the neighborhood of Gemmayze, once a vibrant nightlife district, buildings collapsed, cars were overturned and the streets were blocked by piles of masonry and twisted metal.

The damage was spread across a wide arc. Windows were blown out and check-in counters were damaged at Beirut’s airport, several miles from the explosion. Doors were blown open and windows rattled at the U.S. Embassy, more than six miles away.

Health officials warned that the explosion had left a toxic cloud of nitrous oxide hanging over the city, and told residents to wear masks and stay indoors. The U.S. Embassy issued a similar warning in a message to U.S. citizens. “There are reports of toxic gases released in the explosion so all in the area should stay indoors and wear masks if available,” the message said.

Among the dead was Nazar Najarian, a senior official in the Kataeb political party. The injured included Kamal Hayek, chairman of the state-owned electricity company, according to the state-run National News Agency.

Germany’s Foreign Ministry tweeted that German Embassy employees were among those injured. Phone lines went down and the Internet faltered as friends and relatives hurried to check on loved ones.