This summer camp was open during the 1918 flu outbreak. And it’s open this year. 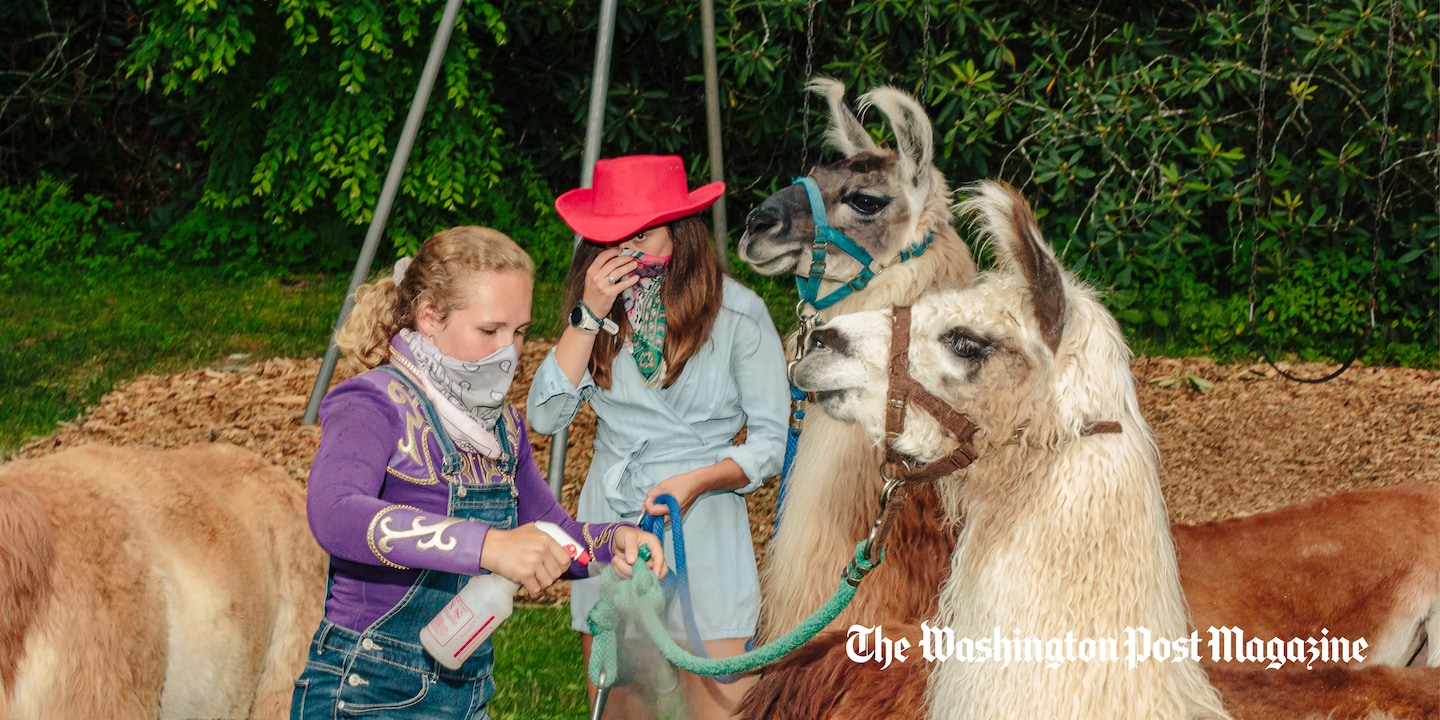 A few minutes later, Harper’s feet slip again, this time on swings made of narrow wooden planks. “Nice recovery,” Keystone Camp associate director Mary-Elizabeth Dixon shouts from the ground below, as Harper pulls herself back up.

“It’s kind of fun. It’s exhilarating,” the teenager responds. She’s wearing a helmet, as well as a face covering and cloth gloves, precautions meant to prevent the spread of the coronavirus that also make it harder to grip the ropes.

She falls a third time. “Harper, are you at all afraid of heights?” Dixon asks.

“Eh,” Harper says with a shrug in her voice, “I feel like if I fell from here it wouldn’t even hurt very much.”

This is summer camp in the age of the coronavirus: a giddy, high-stakes trust fall. After three months of anxiety and isolation, the girls at Keystone, which opened in North Carolina in 1916, are learning how to be kids again. They’re free to hug their friends, climb a rock wall, float on an inner tube down the French Broad River and sing at the top of their lungs. But it wasn’t easy to get here.

“Welcome to chaos,” Keystone owner and executive director Page Lemel said when I arrived the night before. Lemel, who took over the camp from her father, has been running it for 37 years.

For weeks, she had worried about implementing new safety procedures and enduring “covid shaming” from the surrounding community. Her 120-acre, all-girls camp is in Brevard, a small mountain town roughly 35 miles southwest of Asheville. The surrounding county had recorded only 18 cases and one death from covid-19 by mid-June. But during the first week of camp, hospitalizations from the virus hit record highs in North Carolina. Many campers came from neighboring states such as Tennessee, Virginia, Georgia and South Carolina that also experienced spikes in cases.

Of the 75 camps in the three counties surrounding Keystone, most converted to family resorts this summer rather than provide traditional camps for children, says Sandi Boyer, executive director of the North Carolina Youth Camp Association. Two girls’ camps in the area decided not to open at all.

Lemel and her leadership team agonized over the state health department’s regulations for containing the virus. How many campers would be allowed to attend, and would that be enough to cover the camp’s $100,000 investment? Lemel’s family has run the camp for four generations, and this is Keystone’s 100th summer on its campus in Brevard. It stayed open through the polio epidemic of the 1950s and had shut down only once, in 1943, because of World War II rationing. “It’s a lot more personal and perilous to think about not operating at all,” Lemel told me in early May.

Six days before the camp was set to open in mid-June, Lemel had new worries. The cook who ran Keystone’s kitchen for 44 years had just died. (Her death was not related to covid-19.) Meanwhile, Lemel’s team was working to redesign nearly every aspect of camp to minimize the risk of infection. She didn’t want to face public scrutiny for what she knew was an untested experiment.

Staffers arrived two weeks early and tested negative for the virus before any child arrived. Only 59 campers attended the first two-week session, less than half of peak capacity. The girls were assigned to cabins of no more than nine children in their age group, and those cabins became their family units. They stayed together for all of their activities and meals — so if one girl wanted to try horseback riding or canoeing, they all did. Bunk beds were spaced four to six feet apart, and private bathrooms were housed in the cabins. All campers had to track their temperatures, symptoms and exposure to the virus for two weeks before they arrived. Parents, who paid $4,000 for the camp session, were not allowed to exit their cars when they dropped off their kids on opening day.

Counselors, who are college age, monitored the campers’ temperatures every day at breakfast. They reminded the girls — the youngest of whom just finished second grade — to wash their hands before and after every group activity, and sanitized the cabins several times a day. Cabin mates were allowed to be physically close with each other. But if they worked closely with other campers or counselors, they had to wear masks.

By the time I was allowed to visit — on the ninth day of camp — no one had exhibited signs of the virus. Still, Lemel wasn’t making any promises. “I can’t guarantee anything any year,” she said. “What I’m trying to do is mitigate communicable disease.”

So far, it had been easier than she anticipated. On Sunday night, all 59 campers gathered in the rain pavilion for their weekly campfire ceremony. Cabin mates squeezed close together on wooden benches, giggling and singing songs that had been handed down through generations of Keystone alumni. “Because God made the trails … because God made the stars to shine … ’cause God made Keystone, that’s why I love you.”

The next day, campers rotated between archery, yoga, badminton and horseback riding. In the dining hall at lunch, all the windows were open, and a table full of teenagers belted out the lyrics from a Hot Chelle Rae hit — “La la la, whatever” — while younger girls in masks danced along. Later, I asked camp director Heidi Spradlin whether she had cautioned the girls about the dangers of singing, since several coronavirus outbreaks have been traced to choir practices in enclosed spaces. She had not. But, she said, “We are balancing trying to preserve what is camp and what constraints we want to put on them.”

In the children’s eyes, camp was definitely still camp. “They did a good job of not changing it so much,” said Adelaide Hannah, a 13-year-old from Atlanta who was attending her seventh summer at Keystone. At home, she could only play outside with kids from her neighborhood. “Now I’m surrounded by friends and people I know and love.”

That’s one reason Harper Phillips said she wasn’t afraid of falling from the treetop ropes course. “I trusted them,” she said of the women who run the course and the camp, “so I wasn’t worried about it.” She knew someone would be there to catch her.