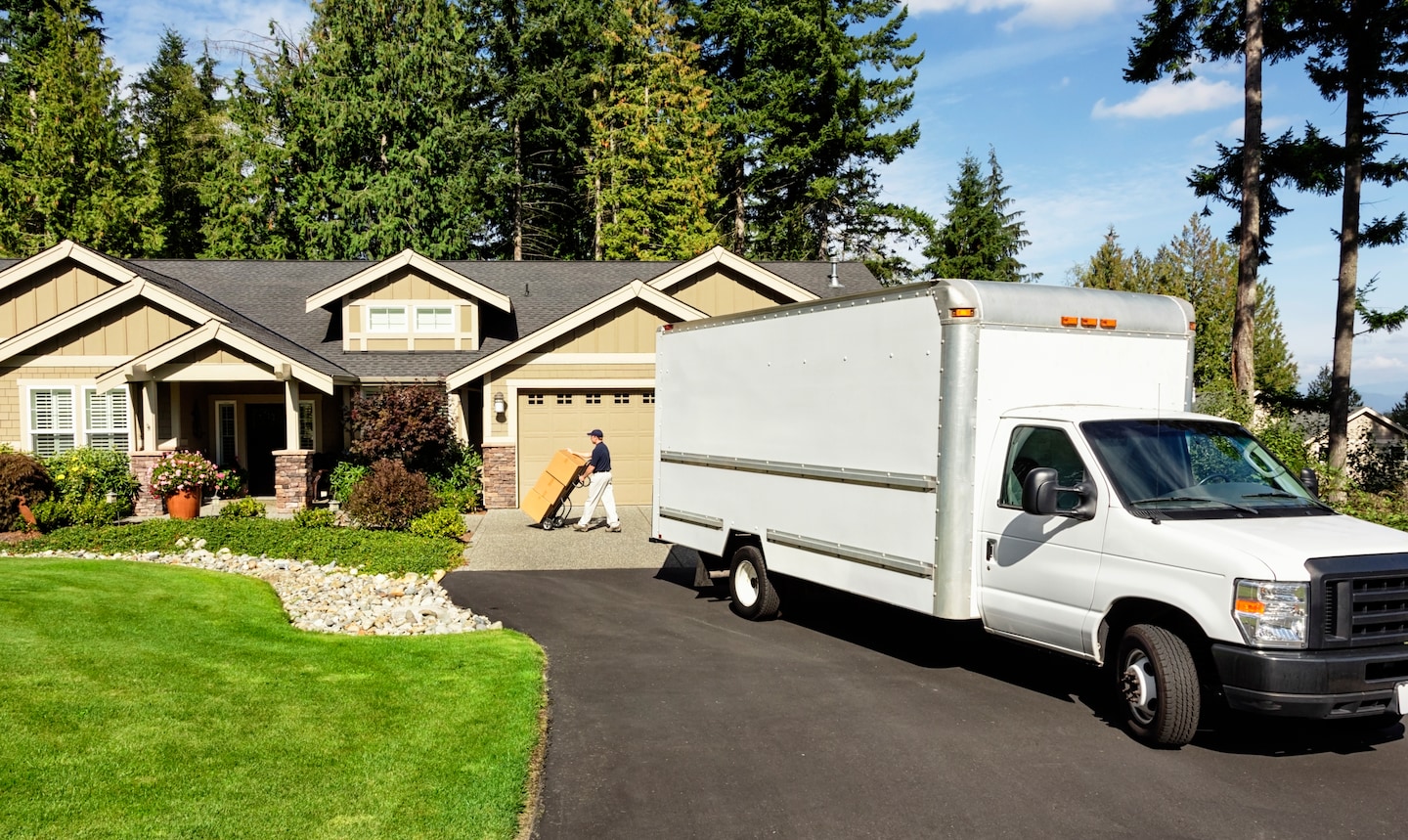 Through special arrangement with The Washington Post, you can access Checkbook’s ratings of moving companies and advice for making a smooth move free until Sept. 15 via this link: Checkbook.org/WashingtonPost/Movers.

A new BBB report, “Know Your Mover,” looks at the problems associated with interstate movers and exposes how these scammers price gouge and hold customers’ belongings hostage to extort outrageous prices.

“There’s an organized group of crooked movers that pretend to be all over the United States and Canada,” said Steve Baker, BBB international investigations specialist and author of the report. “They have nice websites. They’re very friendly on the phone. They quote a price lower than you’re going to get anywhere else. But once they’ve got your goods loaded onto the truck, they double or triple the price, and they won’t deliver your goods unless you pay extra.”

That’s what happened to Eli Lemister when he moved from Ohio to Chicago last year. Lemister had never made an interstate move, so he did what many people do: He went online and found a company, First Class Moving & Storage of Atlanta, through a moving referral website. Lemister told Checkbook he wasn’t aware of moving fraud, so he didn’t research any further. (The company has an F rating from the BBB.)

After carefully describing all the items he was moving, Lemister said, he was quoted a price of $1,670. That sounded good, so he paid the required $200 deposit via peer-to-peer payment app Zelle. Most P2P payment apps do not offer the fraud protection of a credit card, so this is a risky way to pay for goods and services.

The movers showed up late, driving an unmarked rental truck — a bad sign. After everything was loaded onto the truck, the movers told Lemister the load was bigger than anticipated, so the price would now be $5,980 (more than triple the original price quote). The movers also demanded cash on the spot.

“I was totally blindsided by this. I couldn’t believe it,” Lemister recalled. “My entire life was in this truck, my house was empty, and they’re telling me I owe then an additional $4,300. Very few times in my life have I been shocked, and I was in shock.”

After some heated haggling, the driver agreed to hit the road for an additional $1,200 in cash (all the money Lemister had on him). When the truck arrived in Chicago, the moving company called and told Lemister he wouldn’t get his goods unless he paid more.

“It was basically a hostage situation with my stuff, and the only way to get it was to pay a ransom,” Lemister told Checkbook. “I felt like I was getting robbed.”

In its response to his complaint on the BBB website, the company responded that, “per the contract,” anything over the volume the original quote was calculated on “is based no longer at $3.08 it is based at $7.50 per cf.” Calls to the company went unanswered.

Lemister shared this advice: “Take the time to find a reputable company. . . . Don’t trust a good-looking website or a salesperson who sounds friendly on the phone. Anyone who wants to be paid in cash and won’t accept a check or credit card, that’s another red flag.”

The moving industry is plagued by scammers who take advantage of people who are in a rush and don’t know how to find a reputable mover. The crooks advertise heavily on the Internet to get prime placement on search results.

“Anyone doing an internet search for a move is very likely to encounter” a scammer, the BBB report warns.

The fraudsters create professional-looking websites that boast about their professional staff and years of experience, along with fake reviews, and in many cases, a federal license number. Displaying a license number does not mean that mover is honest. In many cases, that license has been revoked, the BBB found.

Because moving scams are so lucrative, criminal enterprises have created sophisticated operations masquerading as legitimate businesses. They claim to have an office in your area, but these are typically virtual offices or mail-handling services. They also tend to change names frequently, which makes it difficult for consumers to get reliable information about them.

For example, when BBB investigators looked into Global Movers, they discovered it was connected to other moving firms in California, Colorado, Kansas, Tennessee, Texas and Washington. Later, during a separate investigation into complaints about Delta Movers, the BBB discovered that it had the same owners as Global Movers. In its advertising, Delta Movers claimed to have been in business for 20 years, though it had only been incorporated a month earlier, and its website claimed an A+ BBB rating, when it actually had an F rating.

“Wind up using a crooked mover, and there’s a strong chance your goods are going to get lost and stolen,” BBB investigator Baker told Checkbook. “They hire unskilled, temporary workers who don’t really know what the heck they’re doing. Victims report they had thousands of dollars of broken stuff and couldn’t get any money from these companies to cover their losses.”

How to protect yourself

You need to be careful when choosing a mover. A quick online search is not enough to verify that a company is legitimate.

Checkbook evaluates local moving services; many handle long-distance relocations or work with national networks to coordinate them. For long-distance moves, avoid companies that are not registered with the U.S. Federal Motor Carrier Safety Administration, which regulates interstate and international movers. Use the FMCSA’s database to check whether an interstate mover is licensed and insured (as required) and to see its complaint history.

For any type of move, it’s important to know your rights and to get at least three estimates to make sure you’re paying a reasonable price. Checkbook’s undercover shoppers collected prices for three local moves and three hypothetical long-distance moves, and for each job found dramatic company-to-company price differences.

For example, prices quoted to pack and move the contents of a four-bedroom house less than a mile within Arlington ranged from less than $4,000 to more than $8,500. And to move 9,000 pounds of goods from the Washington area to Chicago, Checkbook’s shoppers were quoted prices ranging from $4,000 to $14,932.

For local moves, companies usually charged based on the number of workers and amount of time needed for the job. If you get help packing, the price also includes a charge for any company-supplied containers. Most companies, if asked, will offer estimates with caps: You won’t pay more than the cap, and you’ll pay less if it takes less time than estimated.

Maryland law stipulates that movers cannot charge consumers more than 25 percent above a written estimate. If you’re moving within Maryland, any written estimate in effect includes a capped price.

For all other local moves, Checkbook strongly recommends you get an estimate with a cap. Otherwise, the company may work slowly, and you’ll pay more than estimated. Also, without a binding price from each company, you lack a sound basis for comparing prices.

For a long-distance, interstate move, ask companies for estimates based on weight (not cubic feet) in advance. Interstate movers are required to do this; moving companies that provide estimates using volume are almost surely scammers. Rogue operators prefer to give estimates in cubic feet, because volume is easier to manipulate than weight, so they can demand additional charges once the truck is loaded.

As with local moves, for long-distance moves, Checkbook advises you to get either binding estimates or estimates with a binding maximum.

If you need storage services, or if your goods will be placed into storage while awaiting transfer during a long-distance move, get prices for it and obtain documents indicating where the goods will be stored and check on the charges. If possible, inspect the storage facility. Also get proof that insurance will cover your belongings against theft, fire and other risks while in storage, because insurance for goods in transit won’t cover them during long-term storage.

During your move, be on the scene — and attentive — when your belongings are loaded and unloaded. Make sure the moving company prepares an inventory of your belongings. Carefully read the bill of lading before you sign it. Later, as your goods are unloaded, check the condition of each item. You won’t have time to open every carton, so focus on inspecting cartons containing especially fragile or valuable items.

Don’t sign the inventory or any other paper without first noting any damage that has occurred. Signing a document that does not note damage will make it hard to collect for damage later. If you find damage after the movers leave, notify the company promptly, and keep the broken items and packing materials as you found them in the box, so the mover’s claims representative can check them.

Washington Consumers’ Checkbook magazine and Checkbook.org is a nonprofit organization with a mission to help consumers get the best service and lowest prices. It is supported by consumers and take no money from the service providers it evaluates. You can access Checkbook’s ratings of moving companies free of charge until Sept. 15 at Checkbook.org/WashingtonPost/Movers.