‘I have no idea how I’m not dead’: A Post correspondent recalls doomful night in Beirut 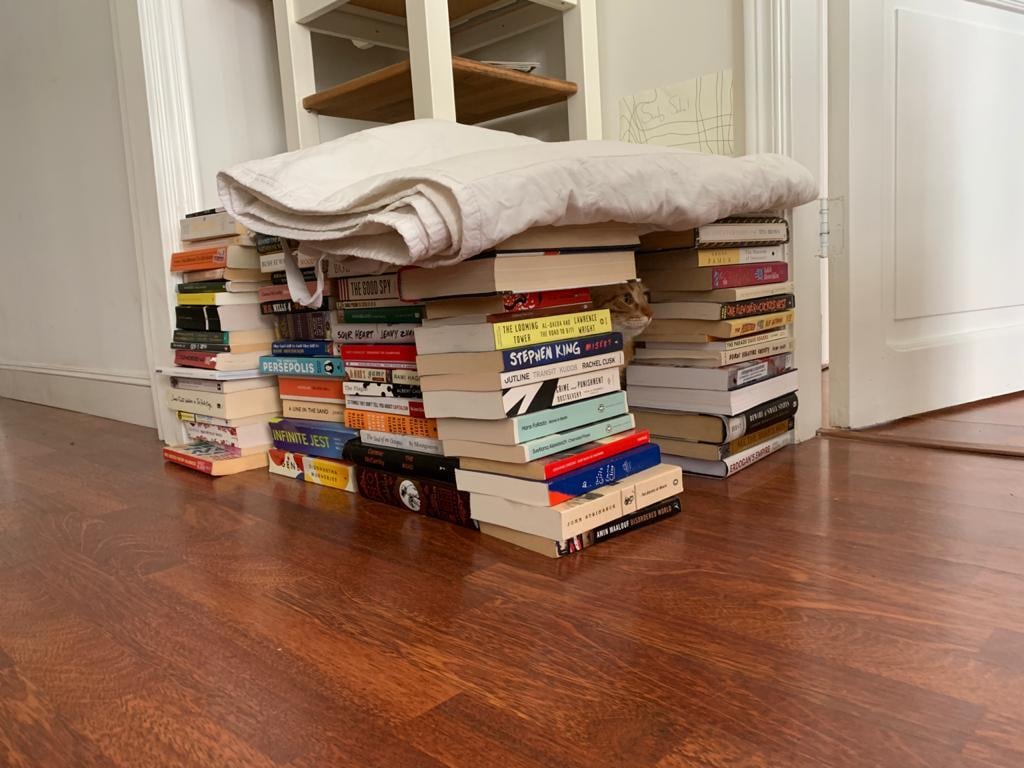 I don’t even normally like pets and have no idea how, during lockdown, I fell in love with this ginger cat who’s constantly swishing her bushy tail. I kept imagining that dramatic tail lying flat, her eyes glazed over, dead under a beam.

But if Sunday was alive, I decided, then maybe my close friend, a fellow journalist, was too. Normally, I would have been with him, speeding to the scene on his motorcycle like we often do when news breaks in Beirut. So when I saw him tweet that the city’s port was on fire, I grabbed my helmet and changed into a pair of jeans.

My boyfriend asked why I was going. He said the fire didn’t seem like big news. “Why are you wasting your time?” he asked as I walked into the living room. Then everything blew up.

Every door inside my apartment, hinges and all, was ripped out of the walls. So was my air conditioner. My big fan split right in half. My massive living room windows flew at me. The glass didn’t just shatter; the windows themselves flew clean off. I genuinely, even now, have no idea how I am not dead. I stood in a whirlwind of nails and glass and splintered wood. I saw Sunday for a split second. Then we heard loud humming that sounded like planes, and within moments, the second blast hit.

I was barefoot and had glass in my feet. My legs were bleeding, but only at the bottom because I luckily had changed into my jeans. We lunged at the front door, then hid in the intact bathroom, not knowing what to do. When the humming stopped, we dashed into the rubble and started throwing passports and cash and anything valuable into bags to leave. Then we paused, took a moment to look at each other caked in dust and decided there was no point. We didn’t know what might come next.

And we had nowhere to go. No one knew where was safe.

We figured the city was being bombed by the Israelis. Every summer, Beirutis proclaim that this is the summer an attack will happen. This was before we knew that the blast was linked to 2,750 tons of ammonium nitrate being stored at the port.

The streets were drowning in the sound of screams. There were bloodied bodies everywhere. There was no glass left in any windows of the old historic buildings on our famous street. WhatsApp messages started flooding in, friends making sure everyone they knew was alive.

But my friend still wasn’t answering my calls. His fiancee was calling me, screaming in a panic. And we couldn’t find the cat.

Ironically, my horribly damaged apartment turned into a kind of temporary safe house. Friends and neighbors piled inside as we tried to figure out what was going on and where everyone was. We asked everyone to shout Sunday’s name. It truly felt insane, looking for a cat when people were dying. But I was not feeling rational.

In the end, my friend and the cat surfaced at the same time.

Sunday was hiding behind a piece of steel our neighbors had propped up to cover their door downstairs. She trembled uncontrollably for hours but wasn’t hurt physically, from what we could tell. Another friend spotted our missing friend on TV, confirming he was alive. He was in shock, and severely concussed, but he wasn’t dead.

We spent the evening working and looking down to the street from my blown-out windows as people loaded bodies — the injured and the dead — into random people’s cars. Volunteers and paramedics were combing the streets late into the night, shining blue lights and calling out for people to signal to them if they were stuck in the rubble.

By 3 a.m., everyone had fled the area, and I think we were the only ones left. The street was engulfed in darkness, except for one candle flickering on my neighbor’s balcony. It felt as if someone left it to keep someone else calm. It kept me sane for hours.

Warnings started going around that the air could be toxic, so we decided to leave for a house on the mountainside outside of Beirut in the middle of the night. Sunday’s cage disappeared in the blast, so we put her in a cooler. The usually abrasive cat ended up shaking in my lap the whole ride, clutching onto my shoulder, her face resting on my arm as she watched a quiet and destroyed Beirut through the window. We could hear the glass relentlessly crunching under us. Other times we felt the tiny shards from the shattered rear window fly at our necks and the sound of slabs of concrete sliding on the roof.

I stayed in the mountains until Wednesday morning, when I took a taxi back to town. Despite street closures, I forced myself back into my neighborhood and negotiated my way to my apartment. The building next door was on the verge of collapsing. Civil defense and police told us our building will fall soon.

By the time I reached my hotel in the afternoon, I realized that Wednesday marks the 10-year anniversary of my leaving Syria for the United States. When Syria became too dangerous to return to, Beirut, a short trip away from my hometown of Damascus, became like a second home. It’s the only place I’ve had to come back to since 2015. And now I don’t know if I have an apartment anymore. A friend I went to high school with in Damascus texted me, “You can’t have survived Syria to die in Beirut, laws of physics won’t allow it.”

But the collective trauma of Beirut really started to hit when I walked into my destroyed apartment. I knew at that moment that I don’t know if I’ll see my new home again. “What books do you want to pack?” a civil defense member who came upstairs with me asked.

I looked at my 400 books, most of them lined up in front of a large custom-made mirror from Istanbul. Another pile sat by my favorite yellow chair that I shipped here. These are the first furniture items I have ever owned. I threw some of my favorite books in the suitcase: “Revenge of the Lawn” by Richard Brautigan, a book about octopuses, the novel “Milkman” by Anna Burns.

But these are all just things. Sunday is just a cat. The Lebanese have lost loved ones, many watching them die in front of them.

I carried my suitcase and some tote bags filled with I-don’t-know-what, walked down my stairs and felt myself grow untethered, as if I could just float away with no place to go.