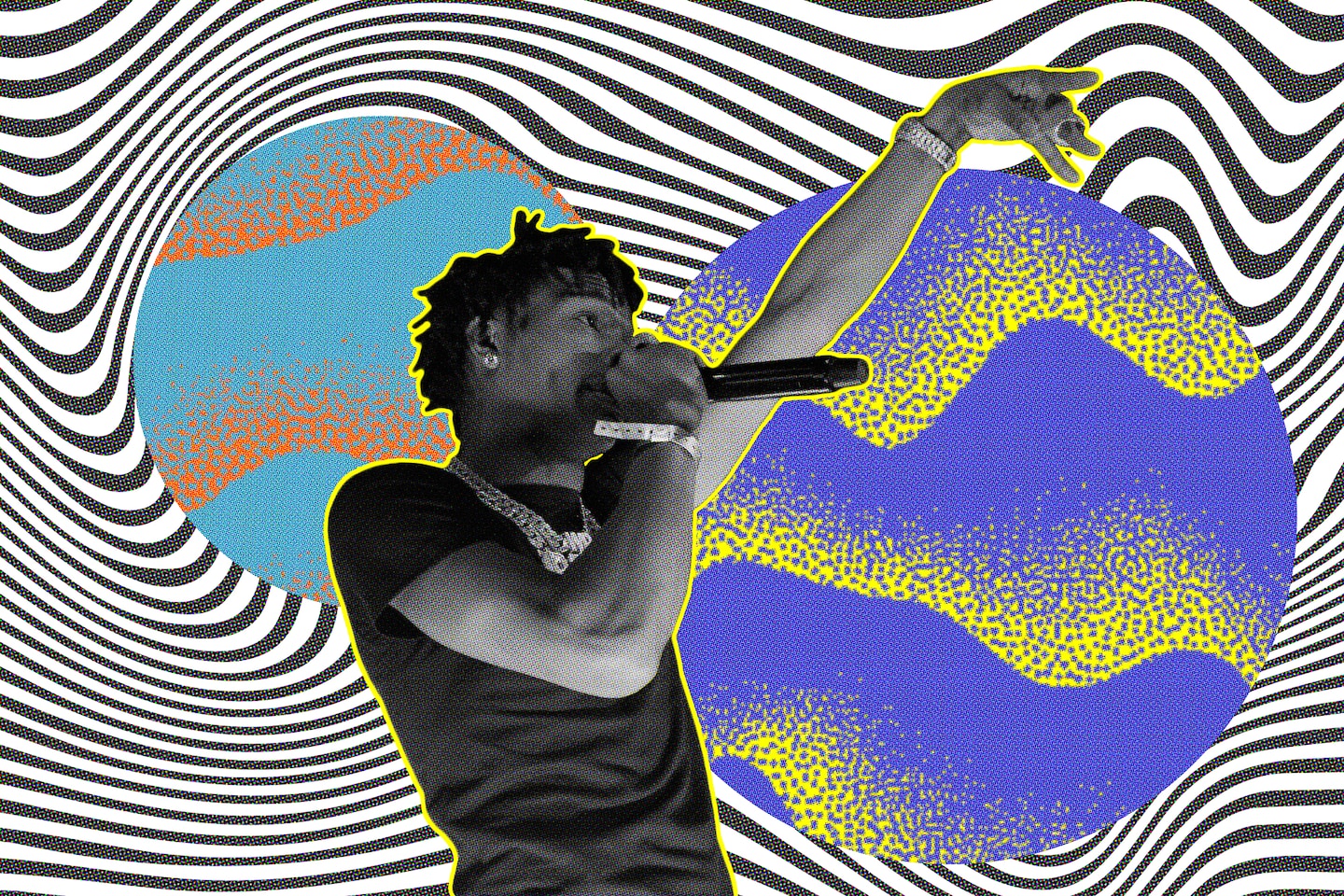 Charts and magazines might give Lil Baby’s music a fleeting aura of importance, but his greatness will always reside in his sound. By smearing his lyrics in a tuneful Georgia drawl, he makes his rhymes feel as blurry and vivid as human thought — a deep inventory of hopes, worries, daydreams, demons and memories of every stripe flickering nonstop in his brain before being shipped to his mouth to melt. “Excuse me as I go off, have flashbacks in my verses,” he explains on “Hurtin,” his syllables quick and slippery, as if trying to escape the grip of old traumas. “I done put my heart inside a box and tried to sell it to ’em.”

This intimacy feels like commerce only when he reminds us of the transaction taking place. Otherwise, it isn’t that Lil Baby is rapping to himself so much as rapping inside of himself — which feels significant, considering how rap music so often feels like an exteriorization of the soul. This music’s secret tension might be the sound of Lil Baby trying to keep everything inside his cranium.

Keep that in mind when listening to “The Bigger Picture,” a song that describes this knotty American summer without trying to untangle it. Lil Baby is deep in his own head space, plowing through feelings of outrage (“I find it crazy the police’ll shoot you and know that you dead and still tell you to freeze”), solidarity (“They know that we a problem together”), helplessness (“It ain’t making sense, I’m just here to vent”) and more. The music video features the unassuming rap star marching in the streets of Atlanta, but Lil Baby says “The Bigger Picture” wasn’t written as a protest anthem. “I just rap about my life — all my songs are basically about me,” he told Rolling Stone. “It was at a point where I felt I needed to say something.”

That brings us one step closer to demolishing the notion of “socially conscious” rap music, an outdated favoritism bestowed on rap songs with overt politics and high principles. In truth, there’s no such thing as apolitical rap music. As the critic Andre Gee recently wrote: “Reflecting the times isn’t just about railing at the establishment or affirming our beauty in spite of it. Black people are a politicized group; all of our expression is political.”

For Lil Baby, big brags about diamond chains and fast cars have always brushed up against flinty denunciations of racist policing and mass incarceration. His first great song, 2017’s “Freestyle,” was a meticulous word blast recounting his ascent out of poverty — “We came from the bottom, we used to wear each other’s clothes” — and from that point forward, he cultivated his spring-loaded phrasing into a signature tautness, allowing him to rap about existential stress without ever slumping into self-pity.

To see how these pressurized verses bloom into existence, go to YouTube and queue up “Preacherman,” a promotional documentary filmed by his record label back in 2018. The film’s essential scene finds Lil Baby in a dim recording studio, improvising melodic mumbles into a microphone, waiting for words to appear inside the sounds. The lyrics “just pop up,” he says. “It’s a gift.” Ever read about how Michelangelo claimed to be able to see angels asking to be set free from inside those big hunks of marble? Lil Baby’s rhyme craft feels something like that. He’s telling his life story, but instead of writing it down, he’s extracting it from the sounds he hears inside his mind.

The more widely circulated creation myth is that he had to be coaxed into rapping in the first place — by Atlanta impresario Kevin “Coach K” Lee, as well as his high school friend Young Thug, who taught him how to rap once Lil Baby was released from prison after serving two years on gun and drug charges.

It didn’t take long for him to get the hang of it. “This rhyming easy,” Lil Baby announced in 2017, making his debut with a four-album blitz and a shrug. Then he spent 2018 proving just how easy it was, veering between life-or-death supplications (“Lord, please wake me up tomorrow” on “Leaked”) and absurdist taunts (his razz on “Yes Indeed” will live forever: “Wah-wah-wah, b—-, I’m the baby”).

Before the year was out, he had reached some kind of zenith with “Drip Too Hard,” a monumentally finespun duet with Gunna. Impossibly agile and saturated with melody, his rhymes were high-precision chaos, like birdsong at dawn or an NBA playoff game squeaking on hardwood into overtime.

And although Young Thug didn’t appear on “Drip Too Hard,” his pattern-smashing cadences and freakazoid tra-la-la coursed through the airways of his two pupils, creating something mysterious and new. Lil Baby and Gunna didn’t sound like Young Thug clones. They sounded like a metaphysical expression of collectivity, rap-group-as-group-mind, a new psychic super-consciousness.

Now, on “My Turn,” Lil Baby is pivoting further into his own consciousness, explaining himself (to himself) in legible thought bubbles. And he’s digging deep, especially during “Grace,” where words materialize in a breathless blurt, his prescient optimism neutralized by lingering paranoia: “I don’t trust no one, I can’t put my gun down, going number one now, hottest out, hands down.”

“Grace” is one of two knockout collaborations with Lil Baby’s new foil, 42 Dugg, a charismatic Detroit rapper who can grind words against the roof of his mouth. Their other duet — the delirious staccato hit “We Paid” — appears on the deluxe edition of “My Turn,” which affixes six additional songs onto the original album’s 20-track bloat. Yes, this is a tedious industry tactic designed to boost streaming numbers — and in the case of “My Turn,” which originally topped the charts for a week in March, it totally worked, sending the deluxe version back to No. 1 for a much longer stay.

Still, there’s something poetic about a Lil Baby album expanding beyond the limits of its initial form. Over the unblinking forward-motion of “Can’t Explain,” Lil Baby posits his music as a bottomless container for everything he can shake out of his head: “I spend millions on my jewelry/The only reason I’m mentioning it is ’cause I’m tired of this foolery/I’m just emptying my thoughts, I can’t keep ’em in a box.”

Which box? Skull? Heart? The English language? A rap song? Expanding human consciousness requires us humans to take a swing at becoming something greater than ourselves. Having spent the summer trapped inside our own heads, the great thrill of this music comes from listening for the containers to spill over.