The great decluttering of 2020: The pandemic has inspired a cleanout of American homes 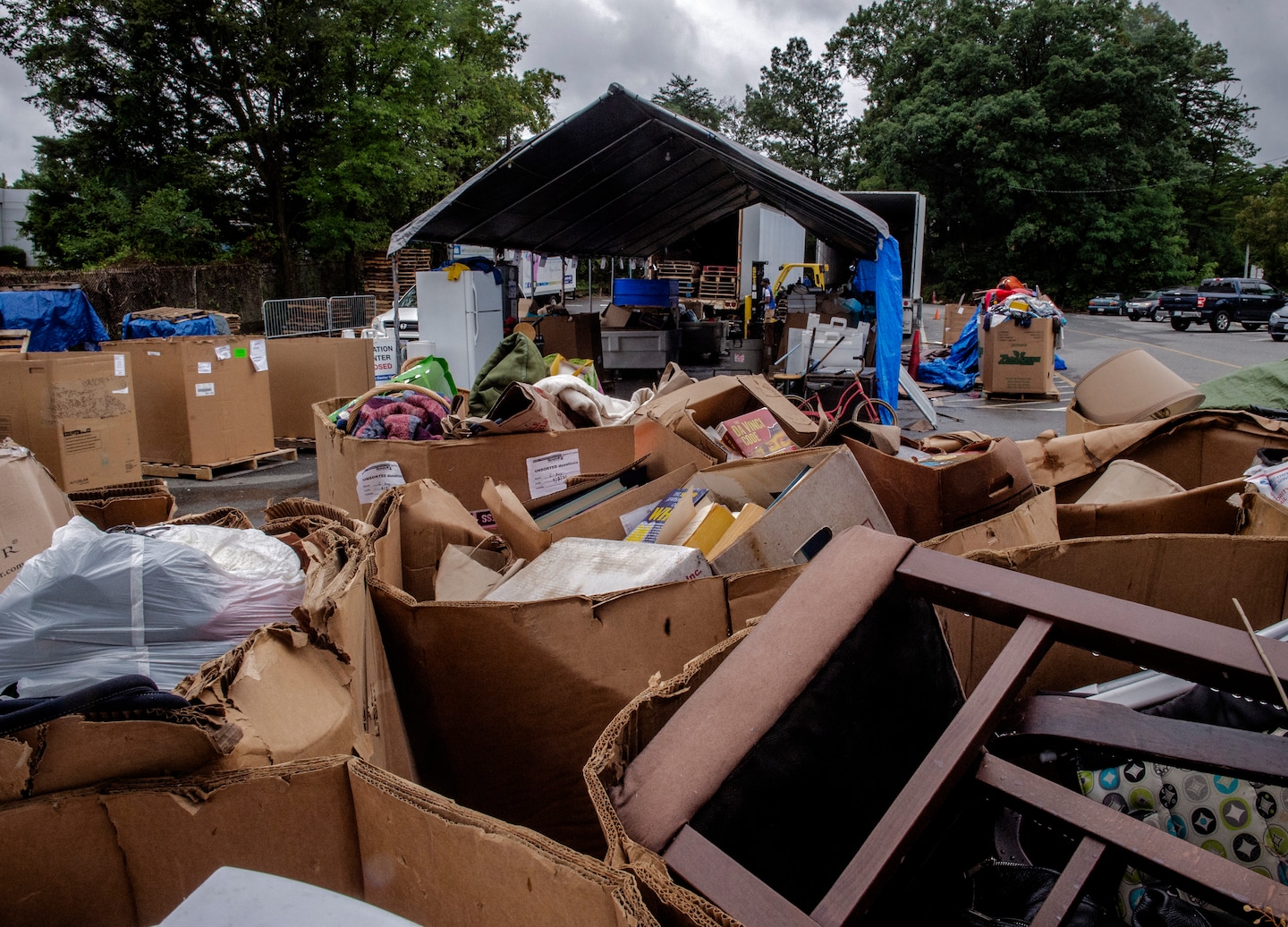 Not since the January 2019 purging tsunami inspired by Marie Kondo’s tidying Netflix series have Americans been so inspired to edit the junk out of their homes. But, this time, amid stay-at-home orders and social distancing guidelines, our options for getting rid of that junk are limited. Yard sales are risky. Some charity donation drop-off centers remain closed. And some municipalities have limited bulk trash collection.

“Think of how many people created home offices out of a room they had used for storage,” says Michael Frohm, chief operating officer for Goodwill of Greater Washington, which saw donations rise by 20 percent over last year and rented three temporary warehouses to store them. “They didn’t want all that stuff in back of them during a Zoom call. They were forced to clear it out.”

In June, when an aunt offered Weinstein an entire set of family room furniture, she looked at her basement rec room and envisioned a hangout space for her four grandchildren. But it was stacked to the ceiling with overflowing shopping bags, a set of 1962 World Book encyclopedias, old TVs and boxes of toys from her now 30-something kids. Energized, she took action. Her aunt’s house was going on the market, so there was a deadline. For 10 days, Weinstein, a real estate agent, worked from morning to night, filling dozens of trash bags. “I felt so much lighter,” she says. Weinstein hired Shred-it to pick up and dispose of four giant bins of old files. And she called 1-800-Got-Junk to haul away the rest.

Claudine Rubin, owner of the D.C. franchise of 1-800-Got-Junk, says that in March, business slowed down as people stayed home and attempted to adjust to their new reality. “Then in April, we saw a huge surge,” Rubin says. “As waste removal, we were considered an essential business. Many dumps were closed to the public, and bulk pickup was suspended in a lot of areas. You couldn’t make donations. That’s where we got our spike.”

Like others in the hauling business, Rubin transitioned to no-contact junk removal with protective gear and payments over the phone. Customers texted photos of their busted beach chairs or dented filing cabinets to minimize contact. For treadmills and sofas, employees went inside with masks and gloves.

Some customers, such as Amy Garver of Gaithersburg, had them clear out entire rooms. Garver, a teacher’s assistant, reclaimed a former playroom to turn it into a study area with spaces for her three kids. Rubin’s crew hauled out a truckload of old shelving units, unwanted craft projects and a “mish mosh” of games with missing pieces.

Customers’ junk is recycled or repurposed, if possible, Rubin says. The company held on to as much reusable clothing and housewares as it could, waiting until donation centers such as Habitat for Humanity started to reopen.

At 123Junk, the normal spring-cleaning surge extended into June and July, says Collin Wheeler, president and founder of the Washington-area company. He says business is still brisk, and the company will recycle and donate as much as it can. “We loaded up our warehouses and packed them in as tight as we could until we could donate items.”

Charities that are still open (or that have reopened) are being inundated with goods. Early in the pandemic, Washington-area Goodwill stores closed down, but they took drop-off donations until warehouses were full, halting donations until June 8. Now, there are 18 attended donation sites at stores, open only three hours a day, and the warehouses are still very full. On a recent Saturday at Goodwill’s Glebe Road location in Arlington, there were 600 drop-offs from overflowing cars and trucks. For thrift shoppers, Frohm says, it’s a gold mine: “The quality of stuff right now is amazing.”

GreenDrop, which collects clothing, small furniture and household items throughout the Mid-Atlantic on behalf of four national charities, had to close in March. It began pickups and started reopening donation centers in June. The items it processes are sold at one of the 11 2nd Ave Value Stores, which closed at the beginning of the pandemic but are now open. “We noticed donations were of a higher quality and things were packed very neatly,” says Tony Peressini, GreenDrop’s chief executive. “People had more time to organize things and pack them carefully until they could bring them to us.”

Professional organizers have been helping clients deal with stuff, and many have begun virtual appointments. When clients had no place to put bags, professional organizer Monica Friel, founder of Chicago’s Chaos to Order, and her team often just put trash bags of clothes in the trunks of their own cars or in their offices for later donation. “It’s hard to keep bags hanging around; you don’t want your clients to dig back into them,” she says. “If we don’t take them away, we label them and tie them up so there isn’t such an urge to go through them again.”

Jaime Hayes, co-owner of Bethesda’s Good Order DC, says many of her clients accumulated piles of things to give away with nowhere to put them. She put some in her own garage until she could get a GreenDrop pickup.

Dumpster rental companies are other junk-related businesses that have seen growth during the coronavirus outbreak. Matt Owings, founder of Next Day Dumpsters in Gaithersburg, was expecting all segments of his business to decline during the pandemic, but his residential business has nearly doubled compared with last year. “We’re getting a lot of first-time renters who realize a dumpster is an efficient way to dump things from garage or basement clean-outs or small DIY renovation jobs,” Owings says. His two-week rentals start at about $400.

In March, when Debbie Epstein Henry, a public speaker and expert on women’s career issues, realized her three sons would return home during the pandemic, she rented a dumpster. “At first, life really felt out of control, but if you can get organized, it gives you a feeling that you’re more in control,” says Henry, who has lived in the same house outside of Philadelphia for 23 years. She and her husband and sons (ages 19 to 24) spent 10 weekends combing through every closet and drawer. Working together and listening to music, they bagged clothes and toys that filled three carloads for Goodwill. They tossed rusted bicycles, broken furniture and beat up kitchenware directly into the bin.

She’s delighted that she can open a closet without stuff falling on her head, and she has rediscovered precious photos and handwritten recipe cards from relatives now gone.

“The pandemic has brought a lot of sadness, and we are all managing in different ways,” Henry says. “We found comfort in family treasures and in reliving some of our experiences and memories. It was really worthwhile my boys could be part of the process. This is a small way our family could feel productive and donate what we no longer needed.”