He asked to play a piano at a store. His performance went viral, and the owner gave him his first piano. 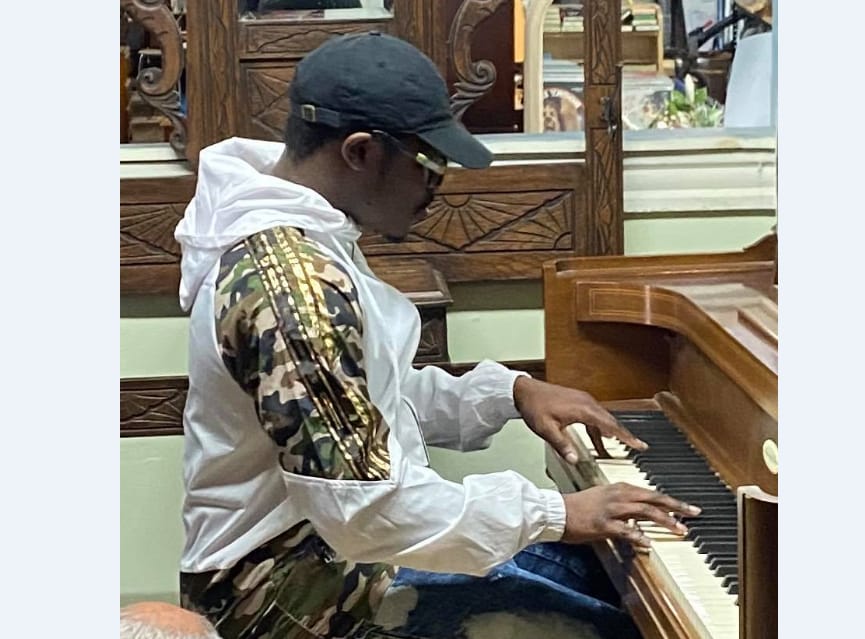 When a counselor showed Capron how to play the song “Don’t Stop Believin’ ” by Journey on the center’s upright piano, “something just clicked,” he said.

For the first time, said Capron, he felt he had found purpose. Although he couldn’t read a single note, he quickly learned to play by ear and was soon drawing a small audience whenever he sat down to jam after high school.

Fast forward to last month, when Capron, now 23 and living in his own apartment, spotted an old piano sitting outside an estate sale clearance store in Norwood, Mass. He asked a salesperson if he could play his favorite Journey tune.

He sat down, masked, and played a heartfelt rendition of Journey’s 1981 arena rock song he had learned as a teen.

An employee at Remarkable Cleanouts took a cellphone video of his impromptu performance and posted it on Facebook, where it has been viewed more than 83,000 times.

Dozens of people on Facebook were impressed by Capron’s performance and wondered who the mystery player was, while others were so taken with his impromptu song, they offered to buy the piano for Capron and deliver it to him.

When store owner Mark Waters saw the video and comments, he decided he could do better than that. A 1964 upright Steinway worth $6,000 had recently ended up in his shop, and it was in more pristine condition than the piano Capron had played.

“It was clear that he had a lot of talent — and I had a piano taking up space in my shop,” said Waters, 62. “It just made sense to donate it to him.”

Waters told Boston CBS affiliate WBZ that he wanted to find Capron and give him the piano. When the story aired on July 14, Capron spotted a post about it on Twitter.

“I thought, ‘Is this a good thing or a bad thing that the TV news is looking for me?’ ” he joked. “I wondered if I might be in some kind of trouble.”

Capron was stunned to learn that his performance at Remarkable Cleanouts had been shared and posted all over social media, he said.

“The reaction has been amazing — and all from that one little moment,” he said. “I started crying when I learned that they wanted to give me a piano. I’ve never owned one before and I couldn’t afford one.”

Capron, now a college architecture student, said he works as a pizza maker for Domino’s to pay the rent on the one-bedroom apartment he moved into in Mattapan, Mass., two years ago.

“I’ve had a somewhat stressful life — I’ve managed on my own from a young age,” he said. “I’ve only met my dad once. He’s not involved in my life.”

“To be honest, I’m not sure how I got through it,” Capron added. “Playing the piano really helped — I do know that. It gave me something to look forward to and feel good about. It helps me deal with my emotions.”

After he learned to play “Don’t Stop Believin’ ” at the teen home, he said, music became a form of expression for him. He learned more Journey songs, as well as some Elton John tunes and others.

“I can’t read music, but it only took me a week or two to learn to play by ear,” he said. “Piano is just something that came to me naturally.”

The 1964 Steinway from Remarkable Cleanouts was delivered on July 29, free of charge by Deathwish Piano Movers (motto: “We’re so good, it’s scary!”). The movers used a crane to hoist it up to his third-story apartment, and Capron said he could hardly believe it was happening.

“My friends came over and I played them some songs, and now I’m hoping to make a video,” he said. “I never dreamed that I’d be able to have a piano. It’s just been amazing.”

Waters said he can’t imagine a better place for the Steinway to end up.

“If I could, I’d do something like this every day,” he said. “This country is starving for some good news. People are moved when they watch John play. He’s welcome back in the shop any time he likes for a repeat performance.”