Mortgage rates pulled down to lowest levels in history 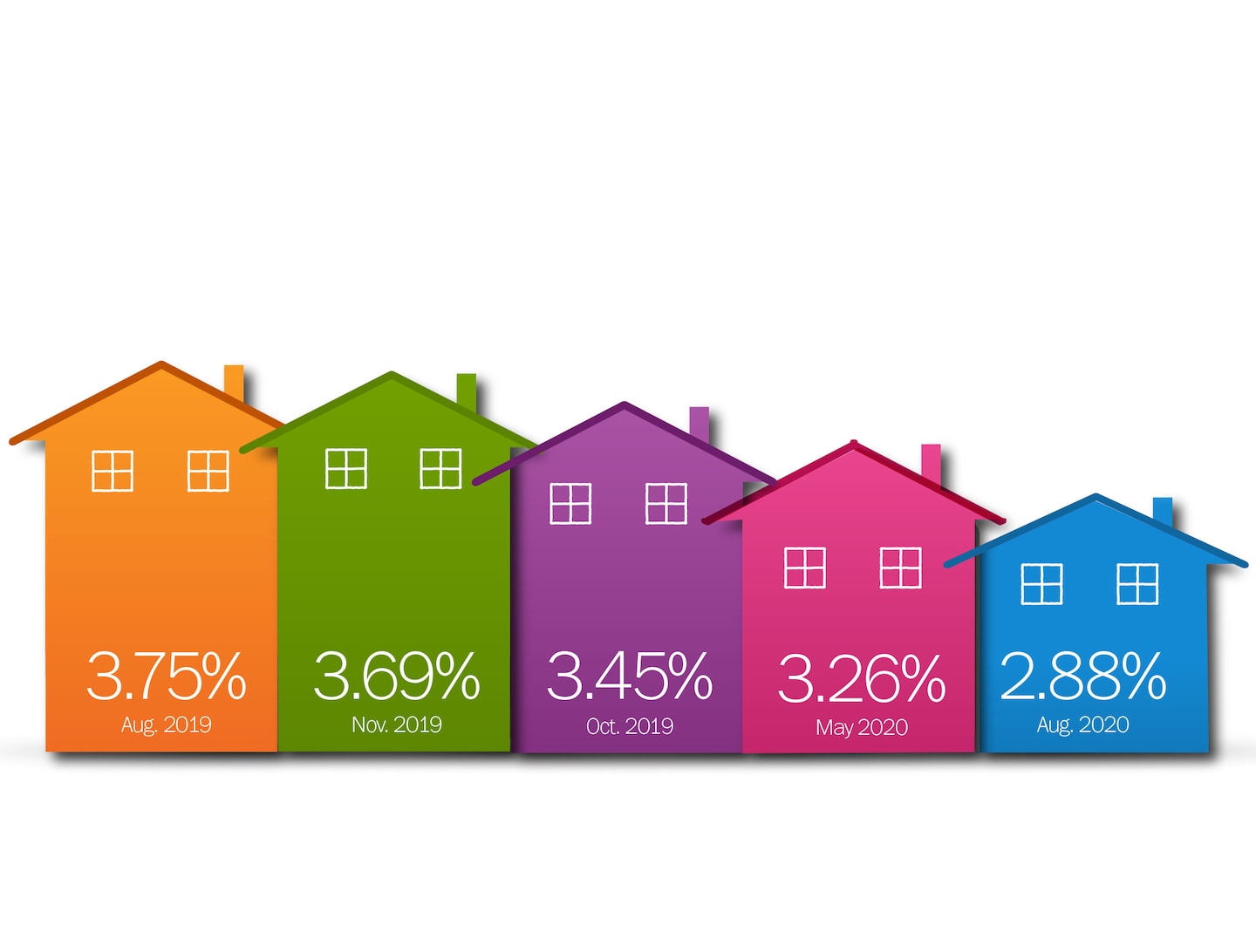 Freddie Mac, the federally chartered mortgage investor, aggregates rates from about 80 lenders across the country to come up with weekly national average mortgage rates. It uses rates for high-quality borrowers who tend to have strong credit scores and large down payments. These rates are not available to every borrower.

“Mortgage rates moved notably downward this week, as a stalemate in Washington dampened investor sentiment,” said Matthew Speakman, a Zillow economist. “Recently, downward pressure on mortgage rates has been consistent, but a combination of factors — including increased demand from borrowers and reluctance from lenders to push rates lower — had kept them afloat. But the inability for the federal government to agree to a new fiscal relief bill last week finally tipped rates over the edge and down to new all-time lows. Now that the threshold has been broken, more downward rate movements may be on the horizon.”

Investors’ concerns about Washington’s inability to agree on a new stimulus package also drove down long-term bond yields. The yield on the 10-year Treasury hit a new low on Tuesday, falling to 0.52 percent. It bounced back to 0.55 percent on Wednesday but remains near record lows.

“The 10-year took a beating this week, and if it stays low, so will mortgage rates,” said Ralph McLaughlin, chief economist at Haus.

Historically, the 10-year Treasury has been a good indicator of where mortgage rates are headed. However, during the past several months, rates have been less tied to long-term bonds. In part, this is because the Federal Reserve has played such an outsize role in the mortgage market. Since March, the Fed has been buying mortgage-backed securities in unprecedented amounts, which has pushed down mortgage rates.

“The Fed has indicated that rates will be low for the foreseeable future in efforts to speed along the economic recovery,” said Victor Ciardelli, president and chief executive of Guaranteed Rate. “Both purchase and refi volume remain robust as consumers benefit from the historic low rates. Our total loan volume is up over 100 percent from this same time last year and I expect the momentum to continue.”

Some lenders are keeping rates higher than warranted because they don’t have the capacity to handle so many refinances. But some aren’t lowering rates because they are wary of borrowers who keep refinancing.

“Lenders are getting more worried about early payoffs where borrowers become serial refinancers in a short time period,” said Jeff Lazerson, president of Mortgage Grader in Laguna Niguel, Calif. “Lenders lose a lot of income in those cases and they have to reimburse upstream investors for money advanced in the case of no-cost and no-point mortgages.”

“Rates have made some slight moves this past week, but it’s the Treasury yields that keep pushing lower,” said Jennifer Kouchis, senior vice president at VyStar Credit Union in Jacksonville, Fla. “At some point these record lows will stop, but it’s hard to tell when. With no substantial updates in the news with regard to the pandemic and low Treasury yields, we may see yet another record low.”

Meanwhile, despite the low rates, mortgage applications dropped off last week. According to the latest data from the Mortgage Bankers Association, the market composite index — a measure of total loan application volume — decreased 5.1 percent from a week earlier. The purchase index fell 2 percent from the previous week but was up 22 percent year-over-year. The refinance index went down 7 percent but was 84 percent higher than a year ago. The refinance share of mortgage activity accounted for 63.9 percent of applications.

“Purchase applications dipped slightly the last week of July, but have risen on an annual basis for an impressive 11 straight weeks,” said Bob Broeksmit, MBA president and chief executive. “Homebuyer demand has remained strong all summer because of record-low mortgage rates and households looking for more space during the ongoing pandemic. Refinance activity was more than 80 percent higher than last year and has consistently outpaced year-ago levels.”