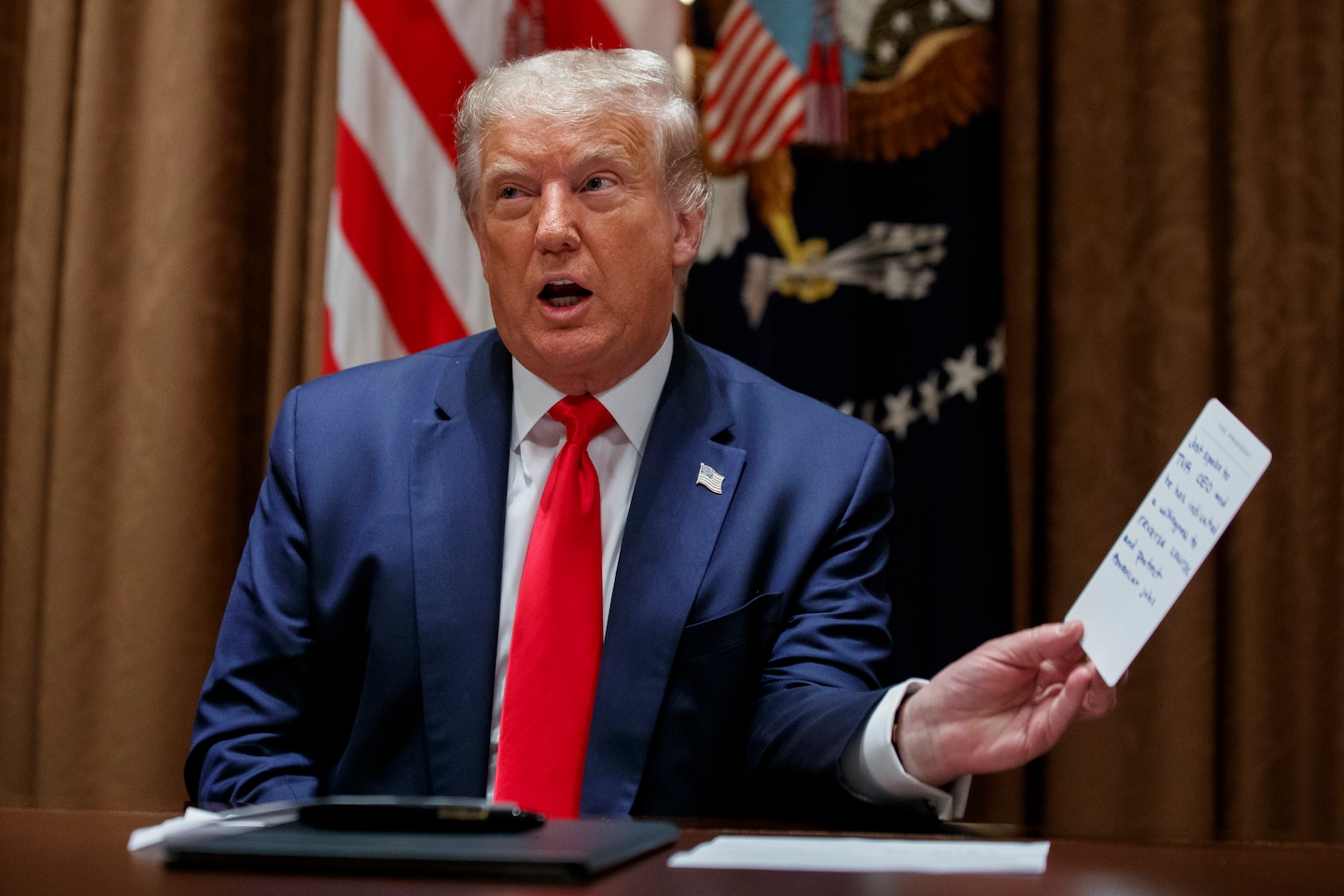 “We were wrong in not fully understanding the impact on our employees, especially during the pandemic,” Lyash said in a statement later. “We are taking immediate actions to address this situation. TVA fully understands and supports the Administration’s commitment to preserving and growing American jobs.”

“We expressed that our IT restructuring process was faulty and that we have changed direction so that we can ensure American jobs are protected,” Ryder said in the same statement.

Trump had complained that the TVA was replacing Americans with foreign workers. In reality, the number of foreign workers — those on H-1B visas — at the TVA is quite low and the total number of employees it initially let go was also relatively modest. Moreover, like all government agencies, the TVA is required to use contractors who do their jobs only on U.S. soil and only with U.S. citizens or people legally entitled to work in the United States.

On Thursday, using updated numbers, TVA spokesman Buddy Eller said 146 employees had been notified in January and last month that they would lose their jobs; of that number, 44 have found new positions inside the company or elsewhere. On Thursday, the TVA said it will keep the remaining 102 workers.

The TVA had planned to replace them with contractors from Accenture, Capgemini and CGI, who together have 188 people working at the TVA. Of those people, 13 are H1-B visa holders. Earlier this week, a TVA spokesman had said the contractors provide needed expertise to deal with new technologies.

The TVA was created by President Franklin D. Roosevelt during the Great Depression to spur development and bring electricity to poor areas in the Midwest. Today, the utility has a huge fleet of hydropower, nuclear power, natural gas and coal, and solar and wind projects. Last year, the TVA angered Trump when it shut down two coal plants despite his desire that they remain running.

Although owned by the federal government, the TVA does not receive any money from the Treasury or taxpayers. It provides electricity to about 10 million people in seven states. Its nine-member board functions autonomously but also at the behest of the president, who appoints them to overlapping five-year terms. Previous presidents have not intervened in the operations of the utility.

On Monday, Trump ousted the chairman of the board — whom he had appointed — as well as another board member. And he blasted Lyash for his “ridiculous” pay package.

The president on Monday hosted a handful of TVA workers and their union representative, who described the TVA’s efforts to hand their jobs over to foreign workers. Trump also issued an executive order that companies report their use of people with H-1B visas.

In his statement, Lyash said, “We are addressing this disappointing misstep and refocusing our commitment on serving our customers and this nation.”