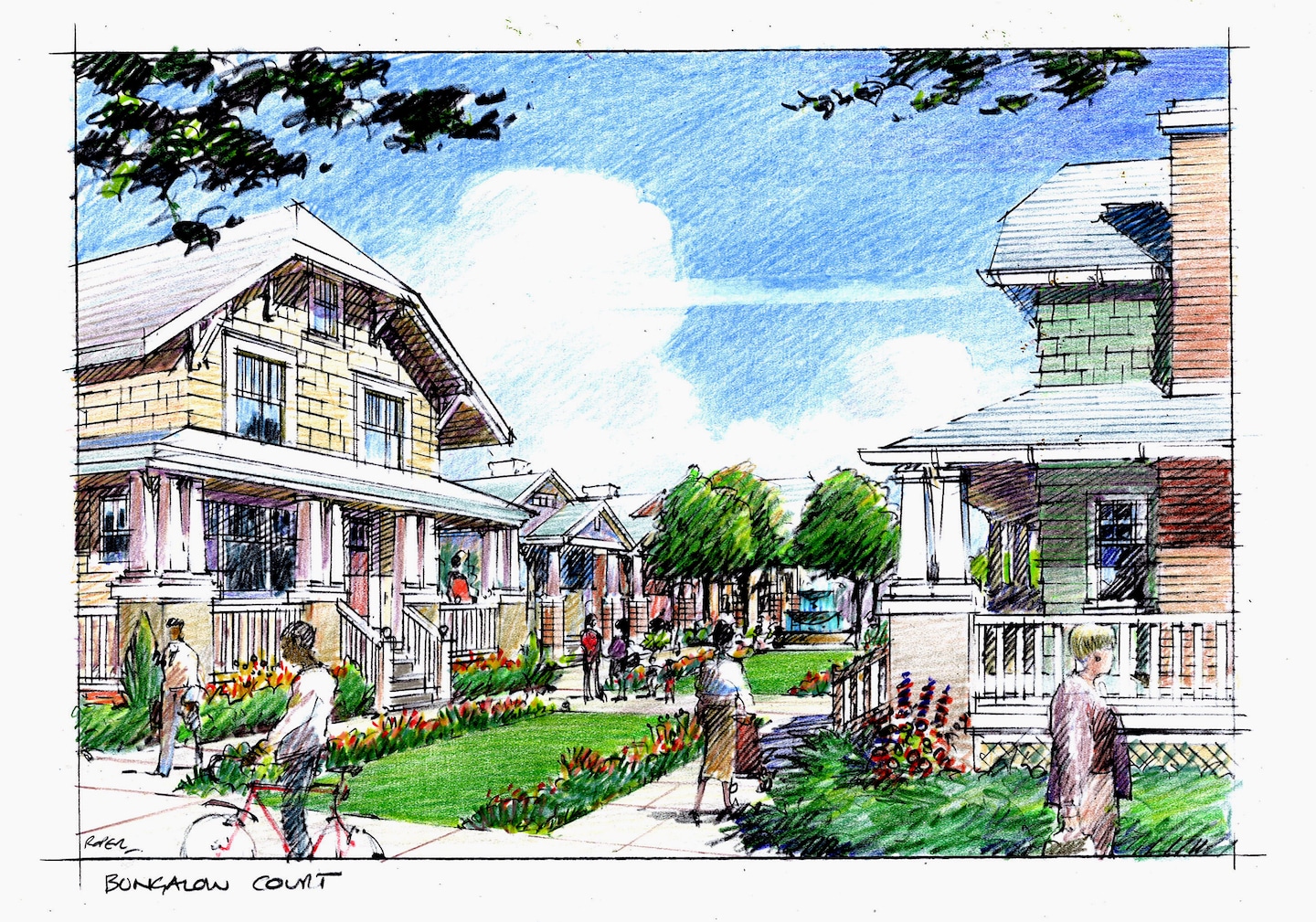 One such real estate project is the Hub at La Plata, a proposed, mixed-use community abutting the west side of the town of La Plata in Charles County, Md. The project and its annexation are under consideration by the La Plata Town Council.

Assuming that many employers will continue to allow for telecommuting even after the pandemic, future Hub residents would be able to work at home, avoiding long, daily commutes to jobs. One car — or perhaps no car — and a dwelling with no garage could suffice for many households, greatly reducing housing and transportation costs.

The pandemic has proved that not all Americans need to drive to a workplace every day or spend large amounts of time and money for travel to attend meetings and conferences. Many job tasks can be accomplished anywhere Internet connectivity is available. Thanks to modern technologies, thousands of companies and institutions have sustained operations and employee productivity.

Almost four decades ago, Jay Hellman, an MIT-educated engineer and real estate developer, realized that digital technology would enable what he termed “Virtual Adjacency.” Workers could do their jobs remotely, without being in an office. Thus, Virtual Adjacency could change the demand, supply and form of real estate workspace.

Equally important, Hellman envisioned Virtual Adjacency as a way to address and help solve a chronic problem plaguing American cities, suburbs and exurbs: the environmental and economic costs of commuter traffic congestion, the “old normal.” Now, he says, the times have caught up with him: He believes Virtual Adjacency’s benefits can be demonstrated at the Hub in Charles County.

South of Prince George’s County and across the Potomac River from Prince William County, Va., Charles County is relatively close to the District, Northern Virginia and other Maryland counties.

Because these other jurisdictions are where most federal and private-sector jobs are located, Charles County has long been primarily a bedroom community. Consequently, every weekday many Charles County residents commute to work elsewhere.

The county’s suburban-exurban growth pattern is attributable to its historically rural character and low density; availability of favorably priced, reasonably affordable residential real estate; and highways — principally Route 301 and Indian Head Highway — along which county residents drive to and from jobs. At rush hour, these roads are typically choked with bumper-to-bumper traffic, consuming much time and gasoline.

Accordingly the Hub’s developers, Hellman and the Tower Cos., hope that the commitment to Virtual Adjacency will contribute measurably to reducing automobile dependency and especially long-distance commuting.

Designed to be a compact, walkable community, the Hub’s three neighborhoods would have a diverse mix of retail, office, civic and residential uses — about 1,600 single-family houses and townhouses are envisioned. The plan’s neo-traditional street-block pattern encompasses public parks and an elementary school site. Adding further to the Hub’s locational desirability is adjacent College of Southern Maryland.

The Hub’s environmental and economic sustainability goals — less driving, less fossil fuel use, less atmospheric carbon emissions — are in addition to lessening housing and transportation costs. Another goal is enhancing the health of residents by making more time available for walking, biking and other recreational activities.

But will the Hub’s sustainability aspirations be enough to motivate families to choose to live, work, shop and educate their children in Charles County and especially in La Plata? What will attract people to the Hub rather than elsewhere? After all, telecommuting and Virtual Adjacency can occur anywhere.

The Hub’s strongest marketing appeals will probably be similar to old-normal appeals: significantly lower housing costs relative to housing costs in other jurisdictions to the north and west; the small-town character and ambiance of La Plata with its amenities; and the potential curbside charm of the Hub’s neo-traditional streetscapes and neighborhoods.

If this marketing strategy succeeds, the Hub could be a win-win investment, part of a post-pandemic “new normal.”

Roger K. Lewis is a retired practicing architect and a professor emeritus of architecture at the University of Maryland.