The U.S. economy is on the verge of a ‘lost year’ 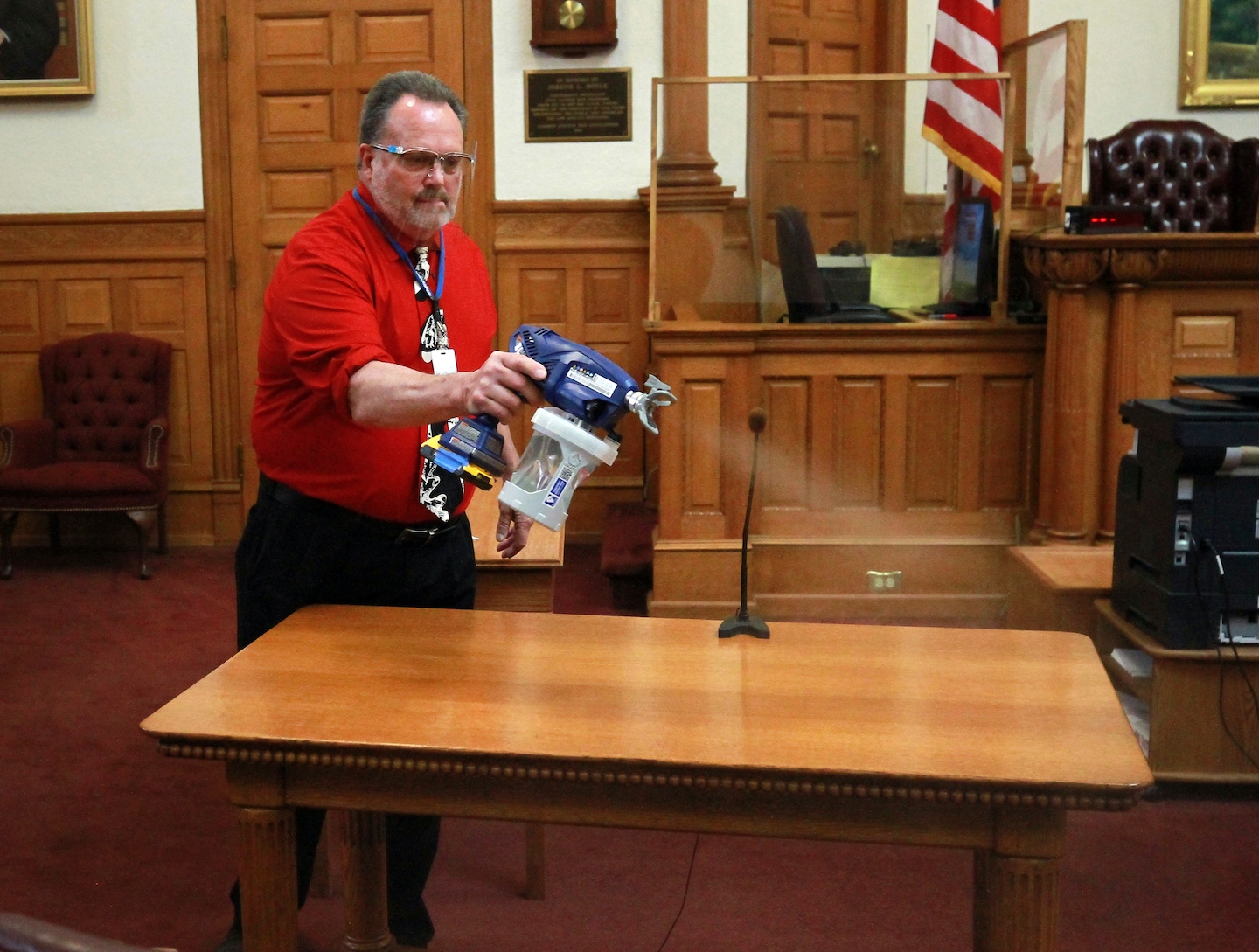 “Right now you can’t plan more than a week ahead,” Hartman, who has run Bixler’s Lodge for three decades, said. “You don’t know if they will close you back up or if you will stay open or what.”

The U.S. economy is facing one of its most uncertain moments ever as the deadly coronavirus remains a constant threat. According to Pew Research, people are growing more pessimistic about how America’s leaders have handled the virus and the nation’s ability to contain it, which only digs a deeper hole for the economy. As soon as the virus flares in a part of the country, cellphone data show people immediately stay home instead of instead of venturing out to restaurants, stores and entertainment.

Business owners like Hartman closed down this spring thinking a short-term sacrifice would give health and government leaders time to slow the virus’s spread and come up with a plan. That didn’t happen. In many ways, the uncertainty is greater now. There’s constant anxiety about a virus resurgence.

Businesses live in fear they will be shut down again or customers won’t return. Managers are struggling to keep up with changing safety guidelines. School districts are grappling with whether to reopen this fall — or if they’ll be able to stay open. Parents are straining to juggle full-time jobs with kids at home. And supply chains are showing worrying signs of shortages again. For many, there’s a growing sense it’s a “lost year.”

As so much hangs in the balance, the bulk of the federal government aid for small businesses and unemployed has expired. Congress and President Trump have been unable to come to a deal on more relief, adding to the uncertainty. The recovery is stalling on many fronts, and economists warn there’s heightened risk of backsliding.

“Households and businesses are really fragile right now. This is not a recovery that we should be confident in,” said Wendy Edelberg, director of the Hamilton Project at the Brookings Institution and former head of the commission that investigated what went wrong in the 2008 financial crisis. “Government policy is not making it better right now. Policy is exacerbating uncertainty.”

When uncertainty is high, it usually triggers more layoffs, less investment and more business closures. Business investment fell to the lowest level in 68 years this spring, and consumer spending has stalled in recent weeks.

“I’ve been calling this the ‘lost year,’” said Gayle Brock, founder and president of Aerovault LLC, a small manufacturer outside Las Vegas, Nev. “There are always business cycles, but this is unnatural. We just don’t know what is going to happen.”

Brock’s company builds Aerovaults, high-tech trailers that people often use to transport special cars to car shows. Almost all of those events have been canceled. Brock hadn’t made a single retail sale since March until last week. Some commercial clients have continued to buy, but business has been anemic. Her Paycheck Protection Program loan ran out by June, and she’s almost done with her emergency loan from the Small Business Administration.

On Friday, the Trump Administration celebrated news of another 1.8 million jobs returning in July, but it was the weakest rebound so far. Nearly 60 percent of jobs lost due to the pandemic have not returned. Morgan Stanley warned of a “significant risk for a reversal” in hiring in August.

Jenny Pirkl is one of the workers whose fate hangs in the balance. She was furloughed April 5 from a commercial real estate company in Columbus, Ohio. Her return date keeps getting pushed back. She was supposed to return June 1. Now she’s being told September — at the earliest.

“Not knowing what is going to happen with my job and not being able to do anything about it is a very scary feeling,” said Prikl, who graduated from college in 2008 and is finding the job market even harsher now.

By September and October, millions of workers like Pirkl will have been out of work for half a year. That has been a hard milestone to rebound from in past recessions, leading to years of lower-paying jobs.

The coronavirus and botched government response have thrown the economy into the deepest crisis since the Great Depression, and the recovery has been highly even. Real estate is a telling example. As many companies have told employees to work from home, commercial real estate has suffered while residential home sales are booming as people hunt for large homes with big backyards.

In conversations with 14 small business owners and laid off workers across the country, nearly all were frustrated by the lack of clear guidelines from state and national leaders, and many were suffering personally as Congress let aid lapse at such a critical time.

Denise Dalton is down to $29 a week on unemployment. She was getting $629, but that extra $600 “bonus” went away at the end of July after Congress failed to extend it. Republicans worry people like Dalton won’t go back to work because they are getting paid more in government aid. Dalton disagrees. She has been sending out applications daily, including to McDonald’s and Burger King, but “nobody” calls her back.

“I’ve been doing applications online, but nobody has responded. It’s like they are posting jobs that aren’t there,” said Dalton, who was earning $12 an hour at a hotel by the Durham, N.C., convention center. “It’s a difficult time. Every morning I get up and read the news to try to figure out what is going on.”

Dalton went back to work for eight weeks in the spring after the hotel got a Paycheck Protection Program grant from the government. She mostly sat around because the hotel was closed and there was little to do. Dalton just received a letter saying she would be permanently laid off on September 7.

Dalton is taking a break from job hunting this weekend to move. She can’t afford her current apartment anymore. She used her remaining unemployment funds to pay $550 to rent a room for a month in a shared home.

In the span of six months, Dalton has gone from having a stable job and thinking she would get health insurance to having no job, no benefits and being unsure where she’ll live after mid-September. At 54, she’s relying on food banks for the first time. She depends on rides from relatives. The buses she normally takes are running a limited service or don’t go to the food bank.

The nation only has 5.4 million job openings — not nearly enough for the more than 30 million currently receiving unemployment benefits.

Congress’s inaction is adding to the sense of helplessness that so many like Dalton are facing.

“If we don’t get something reasonable out of Washington quickly, this is going to get even worse,” said Scott Minerd, global chief investment officer at Guggenheim Investments. “As the economy loses momentum, we’re setting ourselves up for an even more vulnerable position economically, especially if there is a second wave.”

Minerd, like many business leaders, is urging Congress and the White House to compromise. He supports the president’s calls for a payroll tax cut but also thinks more unemployment and small business aid is needed.

Consumer spending and gasoline purchases rose sharply in June, but progress stalled in July and spending — the key driver of the U.S. economy — remains well below normal levels. Consumer sentiment retreated in July with an especially big shift toward a gloomier outlook about the next six months.

Trump and his advisers remain upbeat. Larry Kudlow, Trump’s top economic aide, has insisted this will be a quick “V-shaped” recovery.

“This is a self-sustaining recovery and the job numbers are stronger than anyone thought possible,” Kudlow said Friday on Fox Business.

The White House often points to stock market gains, which have recovered nearly all their pandemic losses as tech stocks like Apple have soared and investors believe large companies will be the most likely to survive the downturn and profit as their small competition is crushed.

The situation looks different to Dan Markwell, a landlord and business investor in Morehead, Ky. One small business tenant just informed Markwell they will shut permanently at the end of the year.

Markwell is frustrated the federal and state governments aren’t doing more to help the restaurants and small shops that have clearly been hit the hardest. While employment remains down in most sectors, it’s still off 25 percent in hospitality, which includes restaurants.

But he said he’s most annoyed that there aren’t clearer guidelines. Kentucky told restaurant owners like him they could open at 50 percent capacity, then scaled it back to 25.

“I really need consistency from the government and not so many knee-jerk reactions. Set the rules and let them be the rules for a while so we can staff appropriately and adjust inventory,” Markwell said. “Even if we have a vaccine ready on January 1, it will take many months to get it widely disseminated.”

There are likely fewer employers now, a blow to the recovery. The official data won’t be out for months on “business deaths,” but data from Yelp and other surveys indicate rising numbers of permanently closed businesses. At the same time, new business formation of companies likely to hire workers has plummeted.

Compounding all the problems are supply chain issues.

Vanessa Welker was able to reopen her hair and nail salon in Camp Hill, Pa., on June 12. She was relieved that nearly all customers at Vanessa’s A Salon of Beauty have rushed back in recent weeks.

But Welker’s normal supplier is running out of hair coloring. There are reports around the country of trouble getting supplies — everything from certain foods to beauty products to construction materials. Lumber prices hit a record high this week as companies and schools scramble to build new protective spaces.

While business has been good this summer, they are limited in what they can do. It’s two stylists maximum, instead of three or four. Welker has not been able to make up financially for the three months she was closed. She’s still waiting for her small business loan funds and unemployment money to arrive.

As cases rise again across the country, Welker is bracing for another shutdown. She could manage two weeks, but she’s not sure she can take another lengthy one — financially or emotionally.

“It’s really scary. Never in my lifetime — and I’ve been doing hair for 30-some years — did I think I would not be allowed to go to work and cut somebody’s hair,” Welker said.