What’s behind the Belarus protests? 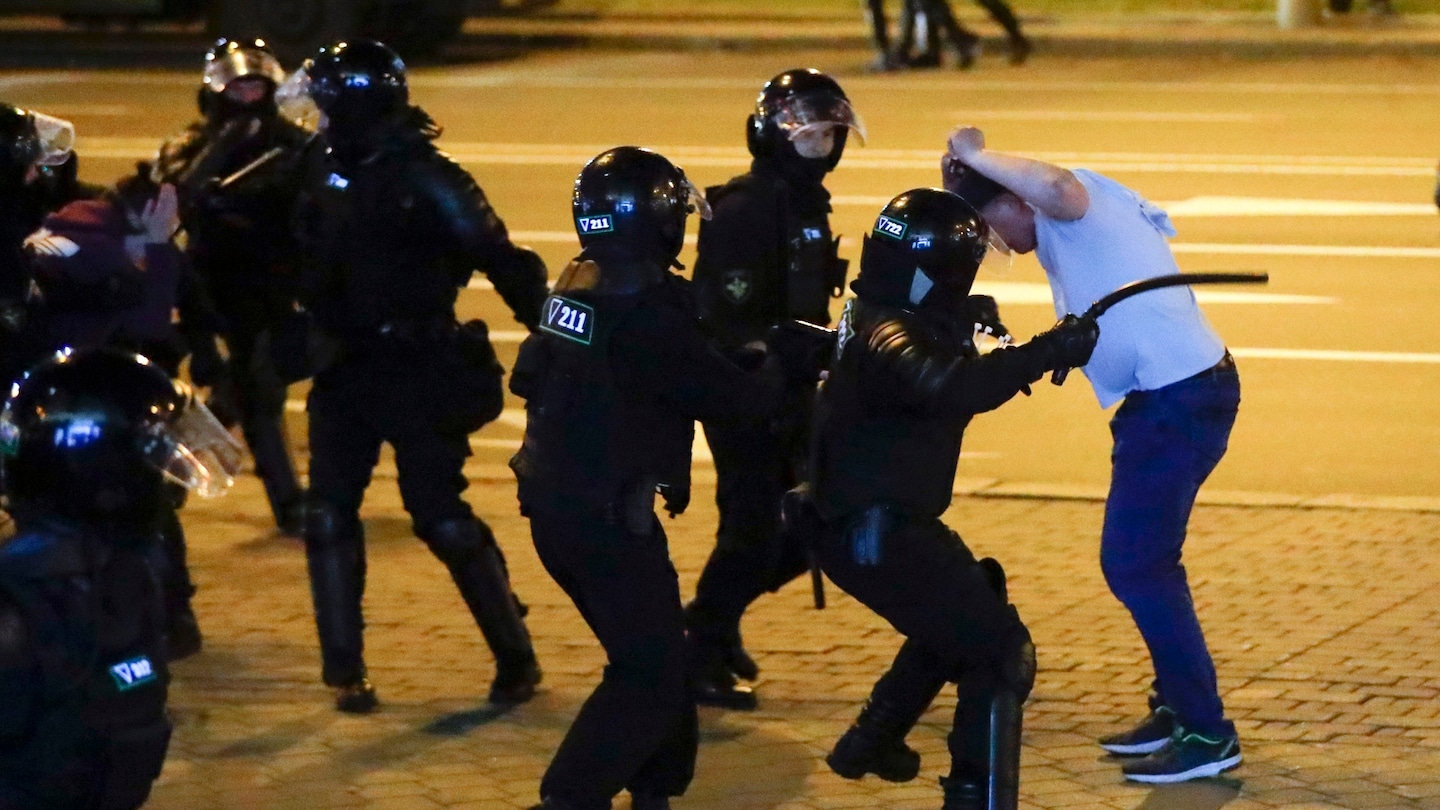 He remains in jail and Tikhanovskaya has since fled the country to neighboring Lithuania. She has called on local authorities around the country to support the protests against Lukashenko’s authoritarian rule. Police have used live ammunition against demonstrators. Two protesters have been killed and hundreds injured.

On Friday, E.U. officials met and decided to pursue new sanctions targeting Belarusan officials, two diplomats familiar with the discussions said. They spoke on the condition of anonymity while the meeting was ongoing.

Here’s what we know so far.

Belarus is commonly known as “Europe’s last dictatorship.” Lukashenko came to power in 1994. He has been accused of falsifying election results numerous times, both by the country’s opposition and by independent observers.

The European Union has imposed sanctions on the country, for human rights violations including election fraud and undermining Democratic norms, at least twice over the past 15 years. Those sanctions were largely lifted in 2016, after Lukashenko released political prisoners. An arms embargo remains in place.

Lukashenko, 65, never built a formal base of support. Officially independent, the closest thing he has to organized backing is Belaya Rus, an association founded in 2007 by Lukashenko allies and members of the country’s political establishment. It operates more as a civil society organization than an official political party, according to a 2016 assessment by Belarus Digest, a defunct analysis group.

A record 55 groups tried to put forward candidates for this year’s election. Fifteen were allowed to participate.

Throughout his time in office, Lukashenko has relied on a “personality-based system,” according to Belarus Digest, to secure his position.

That system is now coming apart, said Maryna Rakhlei, a senior program officer for the German Marshall Fund in Berlin.

Why did the situation escalate?

Farmers and factory workers, whom Rakhlei called Lukashenko’s “silent majority,” have walked off the job in protest, spreading the unrest beyond the capital, Minsk, to create a “massive movement of people” that cuts across age, class and political ideology.

The novel coronavirus pandemic is one of several factors that help explain the popular backlash, Rakhlei said.

Lukashenko has been dismissive of the virus and mocked victims. Early on in the pandemic, he declared: “No one will die of coronavirus in our country.” He recommended vodka, tractor drives and sauna visits.

But the country of 9.5 million has officially confirmed around 70,000 cases and has recorded 603 deaths, though critics say the real figures are higher.

Lukashenko said he contracted the virus himself but claimed that he weathered it standing “on his feet.”

The pandemic forced many migrant workers to return to Belarus, leaving them jobless and their families without income. Their experiences abroad, Rakhlei said, as well as a younger generation more connected to the outside world, have helped drive anti-Lukashenko sentiment.

Who is challenging Lukashenko?

Three female leaders have become the faces of Belarusans’ discontent with the status quo in recent weeks: main opposition candidate and former teacher Svetlana Tikhanovskaya, along with Veronika Tsepkalo and Maria Kolesnikova.

Both Tikhanovskaya and Tsepkalo entered the race after their husbands came under political pressure and were unable to run for office. Kolesnikova initially worked as a campaign manager for another presidential hopeful, until he was arrested this summer.

“What the three women have been able to do is unite a lot of their supporters, and you can see by the number of people they are attracting with their political rallies that there is strong support for the kind of change that they are professing,” Emily Ferris, a researcher with the London-based Royal United Services Institute, told NBC News.

Lukashenko said the burden of the presidency would make a woman “collapse, poor thing.”

But the candidates struck a nerve in the country.

“I entered politics not for the sake of power, but for the restoration of justice,” Tikhanovskaya wrote in a manifesto. “My main goal: to conduct real, fair elections with the participation of all alternative candidates.”

Tsepkalo and Tikhanovskaya have fled the country, with Tikhanovskaya citing the safety of her children. Kolesnikova has remained in Belarus.

How has the government responded?

Police forces have cracked down on protesters, arresting more than 6,000 people. Human rights groups are accusing officials of “a campaign of widespread torture of peaceful protesters.”

“For days the world has watched in horror as police in Belarus fire rubber bullets and tear gas, into crowds of peaceful protesters,” said Marie Struthers, Amnesty International’s director for Eastern Europe and Central Asia in a news release on Thursday. “It is now becoming increasingly clear that the bloody scenes on the streets of Belarus are just the tip of the iceberg.”

But the attempt to quash the protests did not appear to have the intended effect. After evidence of police brutality mounted, protesters took to the streets in smaller groups and in broad daylight. Photos and videos showed demonstrators lining up along streets, allowing traffic to proceed as normal.

On Thursday, the government announced it would release thousands of protesters who were detained over the past few days. Though still denying fraud, Lukashenko’s interior minister issued a rare public apology for “injuries of random people at the protests who got it in the neck.”

On Friday, the country’s Interior Ministry said more than 2,000 of about 6,700 people detained this week had been released, according to Russian news agency Tass.

How have other countries responded?

The United States, the European Union and several of its member states have called the Aug. 9 election neither free nor fair. E.U. foreign ministers are meeting Friday to discuss sanctions, which at least nine members and the European Commission have called for, according to Reuters.

Meanwhile, E.U. foreign ministers agreed to impose sanctions on Belarusan officials involved in the violence. They will draw up a list of targets in the coming days, two diplomats familiar with the discussions said.

The Russian reaction has so far been lukewarm. President Vladimir Putin has long expressed interest in closer ties with the former Soviet republic — which Lukashenko has rejected as an effort to absorb Belarus. In remarks on Monday congratulating Lukashenko on his victory, Putin reiterated those goals, including increased Russian military presence in the country.

On Friday, Tikhanovskaya called on demonstrators to continue with peaceful protests.

While it is difficult to predict what will happen — Lukashenko retains the support of the military and security services, and the Interior Ministry has pledged to “take the necessary measures” to ensure law and order — Belarus analyst Rakhlei says there is no going back.

“This is a moment of national birth,” she said.

Michael Birnbaum contributed to this report.