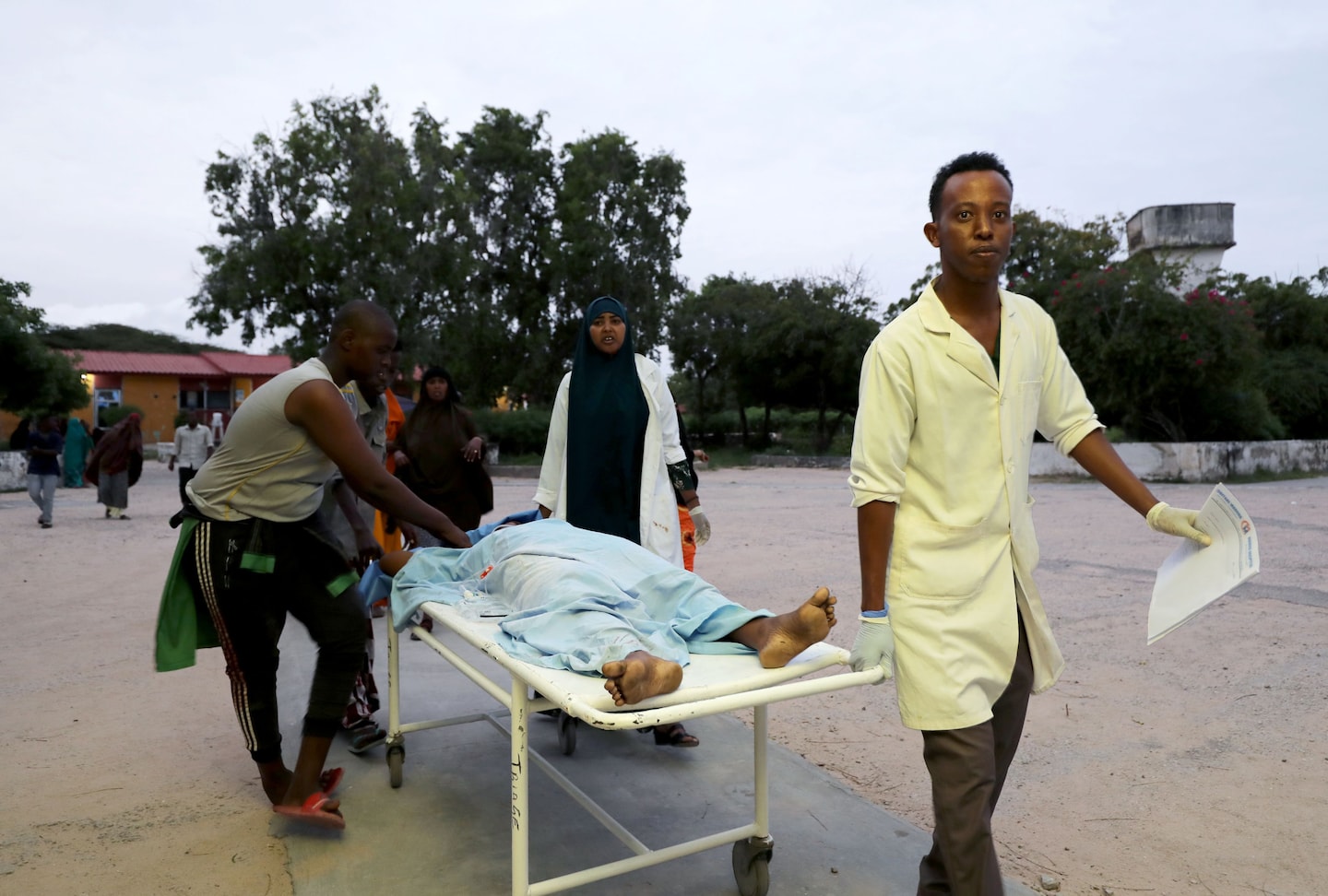 “We lost one of our colleagues, named Abdirizak Abdi,” said Ismail Omar, the ministry spokesman. “The blast was huge and followed by a gunshots.” He said later that a second person, a Defense Ministry employee, was also killed.

Omar said there were four assailants, adding that two were killed at the hotel’s gate and two remained inside, armed with automatic rifles.

Abdullahi Mohamed Nor, the hotel’s owner and a member of parliament, wrote on his personal Facebook account: “May Allah have mercy upon those who perished in the attack which terrorists carried out at the Elite Hotel. I was at the hotel when the attack happened, may Allah give a quick recovery for the wounded people. I am safe and sound.”

Sieges of hotels are a hallmark tactic of al-Shabab, which claimed Sunday’s attack. The al-Qaeda-affiliated armed group controls vast parts of rural Somalia and regularly stages attacks in Somali cities.

In March 2019, al-Shabab fighters held another Mogadishu hotel for 20 hours, killing 25 people and wounding dozens. Three months earlier, the group laid siege to a hotel in Nairobi, the Kenyan capital, and killed 21.

Al-Shabab extracts hefty “taxes” from hotel owners as part of a far-reaching protection racket it runs across the country as a means of raising funds and undermining government control. The group’s largest recent attack was in December, when it detonated a truck bomb at a busy intersection, killing 82. A week later, it carried out one of its most daring attacks ever, overrunning a military base in Kenya where gunmen killed a U.S. serviceman and two American military contractors.

The U.S. military has ramped up an aggressive campaign of drone strikes against al-Shabab in part thanks to a relaxation of rules of engagement by the Trump administration in 2017. The number of strikes has increased each year, eclipsing earlier efforts under presidents George W. Bush and Barack Obama, but al-Shabab has maintained its ability to regularly unleash large and deadly attacks.