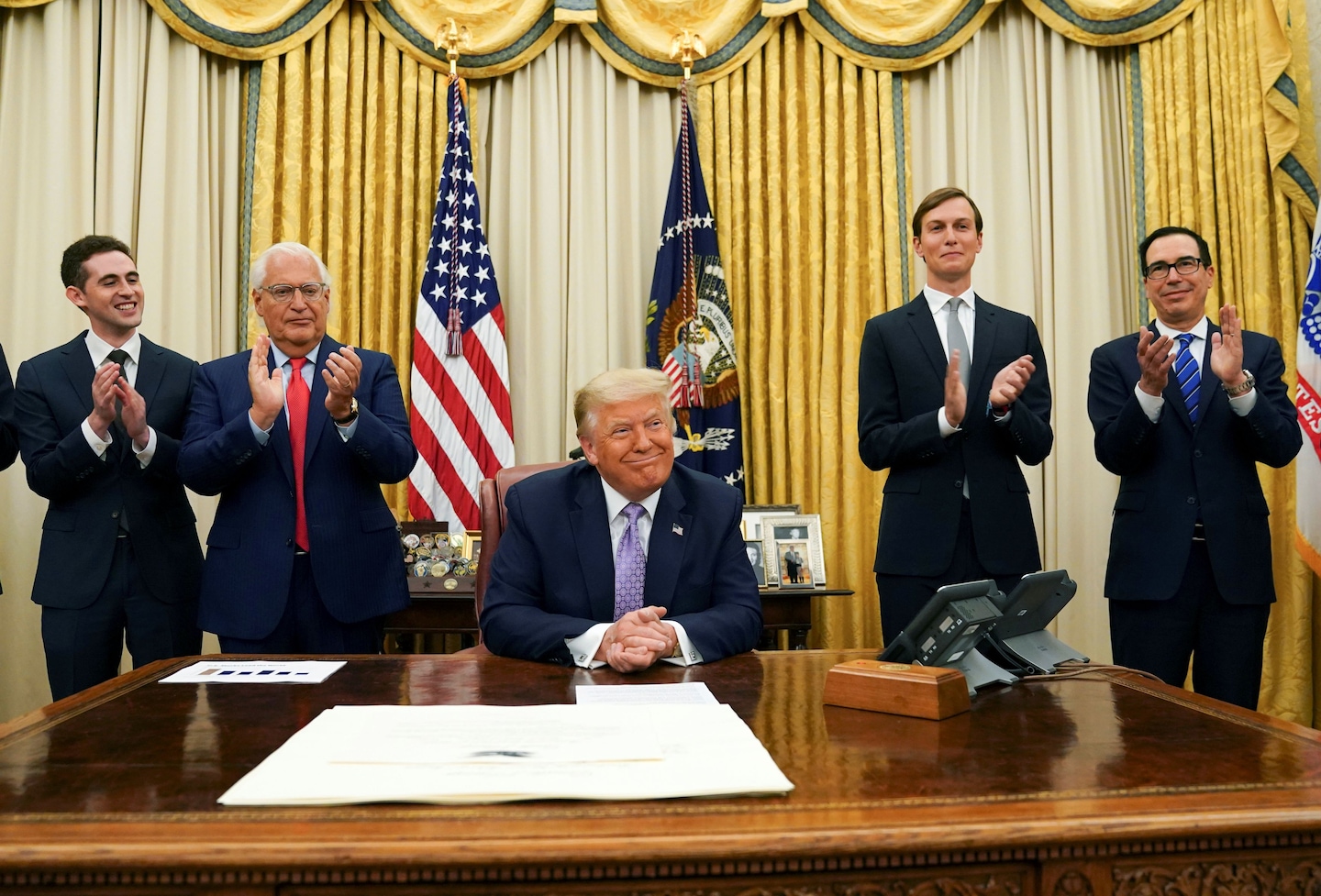 Then on Friday, the Trump administration was humiliated. The U.N. Security Council voted to rebuff a U.S. proposal to extend an arms embargo on Iran that is set to expire in two months. A key reason for the opposition was Trump’s previous actions regarding Iran, not least his unilateral move to pull out of the 2015 nuclear deal and reimpose economic sanctions on the country.

“The vote was a sharp repudiation of the Trump administration’s approach to Iran, the target of a ‘maximum pressure campaign’ of sanctions that has been one of its signature foreign policies,” reported my colleague Carol Morello. “Underscoring the breadth of the opposition to the U.S. proposal, only the Dominican Republic voted with the United States for the embargo’s extension. Russia and China voted against it. Eleven members abstained, including France, Britain and Germany, the European countries that helped negotiate the 2015 deal and have struggled to salvage it.”

Now, Secretary of State Mike Pompeo, who toured the Dominican Republic on a Sunday visit almost certainly tethered to the Caribbean nation’s vote at the Security Council, has little to show for many months of efforts to drum up international support in the United States’ anti-Iran campaign.

European partners are keen to preserve what’s left of the structures of the nuclear deal, which would have been further battered had the conventional arms embargo been extended. The Trump administration contends that it was a mistake to include the 2020 expiration of the embargo in the nuclear treaty and this week will push to “snapback” nuclear-related sanctions on Iran that had been suspended by the 2015 deal. The Americans argue that they have the ability to do so even if they themselves renounced their participation in the deal and abrogated its terms; other nations on the Security Council disagree.

Triggering a “snapback” risks a new showdown that could further unravel the pact but also accentuate the United States’ diplomatic isolation. Even John Bolton — Trump’s former national security adviser, an inveterate anti-Iran hawk and a known skeptic of the United Nations — argued against the Trump administration’s course on the grounds that it may jeopardize the nation’s ability in the future to wield its influence and power on the Security Council.

“It demonstrates that President Donald Trump and his team are not only bad at the strategy of approaching Iran, they are bad at the day to day tactics of diplomacy,” Jarrett Blanc, a former Obama administration official involved in the implementation of the nuclear deal, told Al Jazeera. “It is unconscionable that the U.S. couldn’t round up more than one vote for a resolution like this.”

Trump and his allies claim they are breaking a calcifying status quo in the Middle East — and hold up the deal between the UAE and Israel as evidence of the new realities they want to buttress. It’s no secret that the Emiratis and Israelis cultivated clandestine ties, no matter the official position of Arab states on Israel — that they would normalize ties with the Israelis once it returns to the borders of 1967 and enables the emergence of a viable Palestinian state.

But that vision of a two-state solution is now a pipe dream after years of Israel expanding settlements and further carving up the land that’s meant to yield a Palestinian state. For the UAE, more pressing economic and geopolitical concerns, not least a distrust of the regime in Tehran that is shared by the Israelis, matter far more than the plight of the stateless Palestinians. The Emiratis praised Israel for taking annexation of parts of the West Bank off the table in return for a deal, but Netanyahu, who is mired in yet another fight for political survival, may well put it back on the table in the near future.

“When Egypt and Jordan signed peace treaties with Israel, they did so for the return of the Sinai Peninsula and the hope that a Palestinian state would be established on Palestinian soil,” wrote Marwan Muasher of the Carnegie Middle East Center. “No such hope exists today. The UAE and Israel are free to pursue their bilateral interests, but these interests are not a replacement for achieving peace among the two peoples directly concerned — the Palestinians and Israelis. It should be clear that no such peace can be achieved without the involvement of Palestinians themselves, who are, after all, the ones living under occupation.”

“The Arab states’ position in support of two states, like the American and international position, has served as a psychological trick to pretend that Israeli occupation remains temporary, and that — as long as there was no formal annexation of territories — expansion of Israeli control and settlement remain reversible,” wrote Shibley Telhami of the Brookings Institution. “Annexation would have made the Arab and international position untenable, which is why there was strong opposition to it across the board. It was less about ending the occupation of Palestinians, and more about avoiding even more of a headache.”

The UAE-Israeli entente was celebrated by Democrats and Republicans as a welcome regional development — so, too, the avoidance of said “headache” of Israel annexing territory over which its military already exercises de facto control.

“The tragedy in all of this is that Palestinians will be totally erased from all the talk of ‘breakthroughs’ and ‘peace,’” wrote Palestinian journalist Daoud Kuttab in The Washington Post. “But we know that genuine peace will only come by seriously committing to end the Israeli occupation and creating a democratic and peaceful Palestinian state that can exist side-by-side a safe and secure Israel. Until then, all will be just part of an insulting diplomatic circus.”

That “diplomatic circus” has still yielded the Trump administration’s most tangible foreign policy win in nearly four years. A more robust Israeli-Emirati partnership, though, may have to prepare for an era when neither Trump nor his “maximum pressure” tactics are on the world stage.