Hurricane Laura looms, and Trump is again the man without a plan 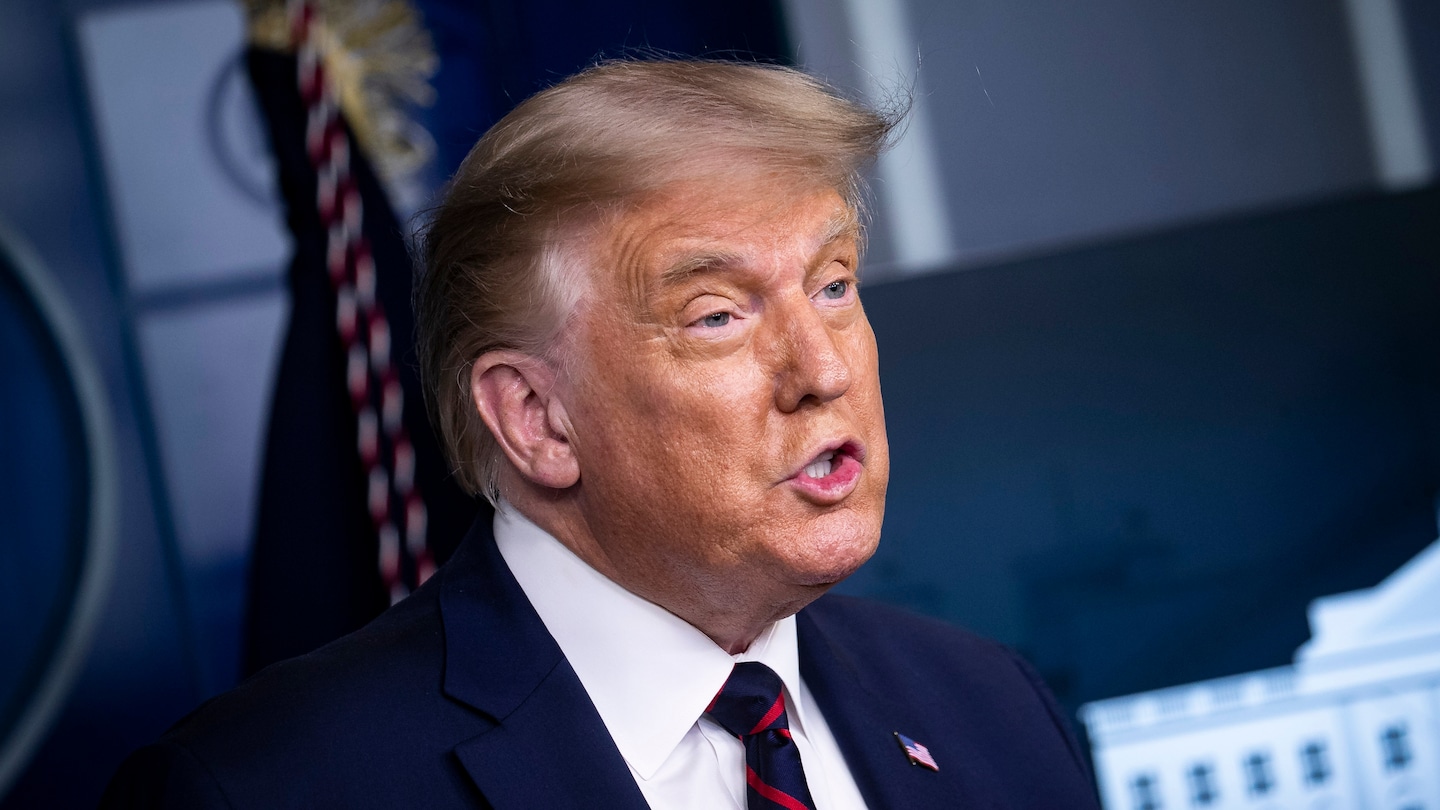 Actually, Trump was the one who was “wrong” at the time — both Obama and Mitt Romney had suspended their campaigns for a while — and now his old criticism of Obama makes Trump look ridiculous.

On Wednesday, Hurricane Laura approached the Gulf Coast of Louisiana and Texas with a storm surge that the National Hurricane Center called “unsurvivable” and “catastrophic.” But Trump decreed that the show would go on: The Republican National Convention would resume Wednesday night as scheduled.

Trump’s decision to proceed with a split-screen convention fits neatly with his previous indifference. Just two weeks earlier he signed an executive order stripping the Federal Emergency Management Agency of up to $44 billion from its Disaster Relief Fund. Before that, he did everything in his power to dismantle efforts to ameliorate climate change, which is fueling higher-intensity storms.

It’s another timely reminder that Trump is a man without a plan.

He didn’t create the coronavirus, but he made its impact on the United States worse than in any other country because he had no plan to combat it. More than six months after the virus surfaced, he said his administration was “in the process of developing a strategy” to fight it.

He didn’t cause the economic collapse, but he worsened it because he didn’t have a long-term plan to soften the blow. Congressional Democrats offered him an election-year gift of a multitrillion-dollar stimulus package, but he walked away because Republicans thought it too generous. Now millions of unemployed Americans are seeing government help evaporate.

He didn’t invent police brutality, but he worsened tensions because he didn’t have a plan (or a desire) to fix racism in policing. Instead he demonized racial-justice demonstrators, sent in federal police who inflamed violence and, at this week’s convention, glorified gunmen who confronted demonstrators. The deadly scene this week in Kenosha, Wis., is the latest byproduct of the escalation.

Trump didn’t cause Hurricane Laura, but the storm highlights his lack of a plan to lessen climate change, to diversify the nation’s energy supply (major oil and gas facilities are in Laura’s crosshairs) or to prepare a muscular government response.

Some of Trump’s supporters on the religious right see disasters as morality tales in the form of messages from God. Pat Robertson blamed the Haiti earthquake on a “pact with the devil.” The late Jerry Falwell Sr. blamed the 9/11 attacks on “the gays and lesbians,” among others. John Hagee blamed Hurricane Katrina on the “level of sin” in New Orleans. By the same reasoning, such people might ask, amid pestilence and calamity: Why does God hate Donald Trump?

I see a simpler mechanism at work. All presidents are tested by disasters, man-made and natural. Trump’s response seems always to be the same: denial. He pretends the virus will go away. He pretends the economy will come back like a “rocket.” He pretends climate change is a hoax.

Among the busiest purveyors of such nonsense is Larry Kudlow, Trump’s economic adviser, who told the convention on Tuesday that the pandemic and the recession were history. “It was awful,” he said. “But presidential leadership came swiftly and effectively with an extraordinary rescue for health and safety to successfully fight the covid virus.” He claimed a booming economy and “a V-shaped recovery.”

Kudlow said this on the very same day the Conference Board reported consumer confidence hit a six-year low, and the Covid Tracking Project reported 37,000 new cases and a daily death toll of 1,147.

Denial is no substitute for a plan — whether it’s to suppress the virus or to protect Americans from the economic fallout. Instead of reaching a deal with Congress that could have achieved the latter, Trump issued an executive order on Aug. 8 directing FEMA to give up all but $25 billion of its roughly $70 billion Disaster Relief Fund “to bring continued financial relief to Americans who are suffering from unemployment.”

That’s not enough to sustain the unemployed — but it’s enough to weaken FEMA in the middle of the busiest cyclone season in 15 years, with as many as 25 named storms expected. And warming oceans mean storms produce more rain, higher winds and deeper flooding.

Now Laura looms. Yet the Republican convention goes on. And Trump keeps tweeting about “LAW and ORDER” and how “China would own our Country” if Joe Biden were elected.

Once again the man without a plan offers only flimflam.