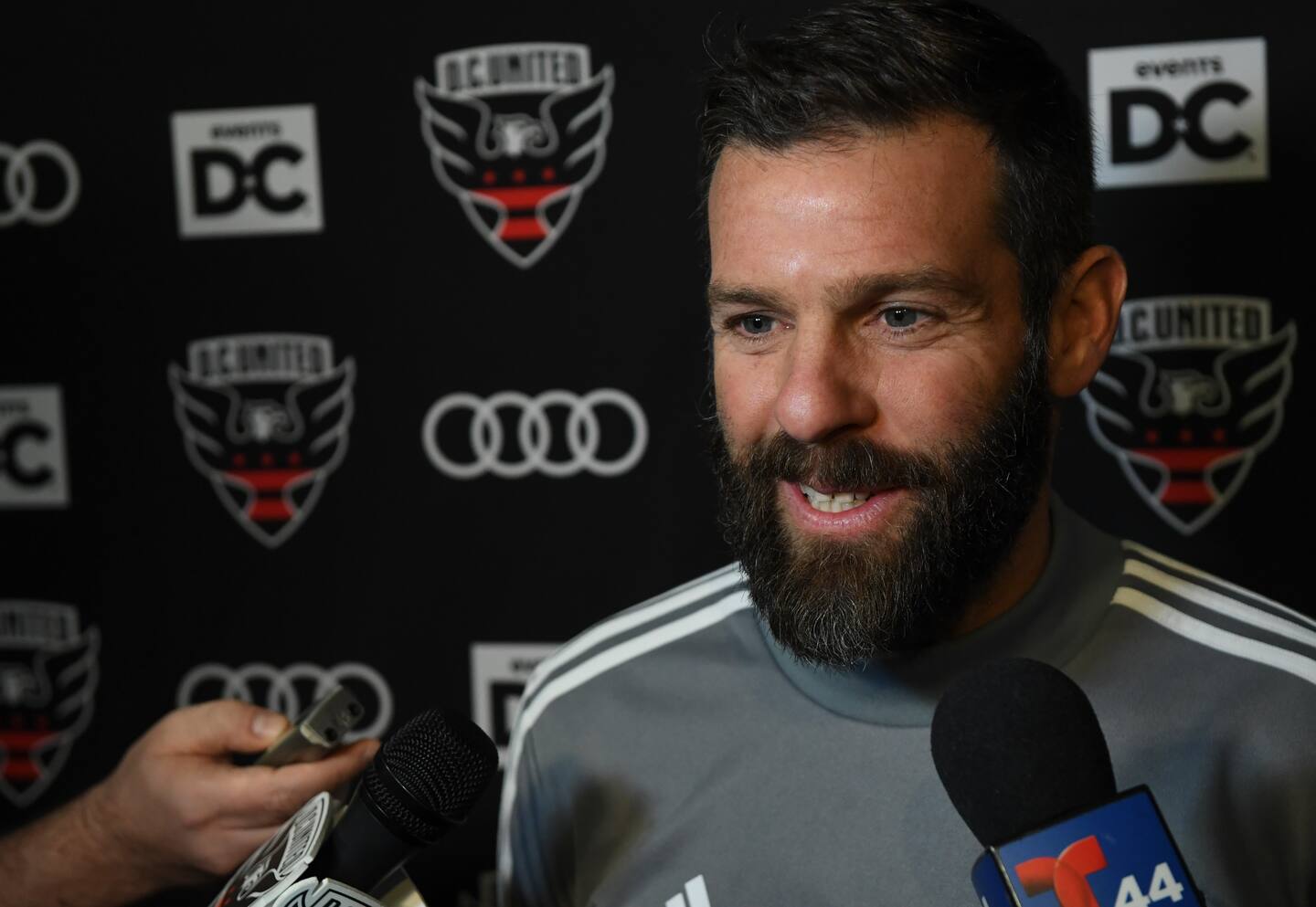 “It was strange,” he said. “There are going to be a lot of strange moments over the next couple months and years that I am not used to.”

That’s because Olsen, 43, has been a fixture on the field or sideline for 22 of United’s 24 seasons.

Although he was fired, Olsen is expected to remain employed. A clause in his contract, which expires in December 2021, affords him a front-office position at a lower salary. The job title hasn’t been defined yet. Talks will resume soon. Meanwhile, Olsen welcomes the pause.

“I have to find the balance of stepping away a little bit and decompressing after what was an intense 10 years,” he said. “But you know me: The wheels are turning. I am not one to go sit on a beach for a month and fish. My brain doesn’t work that way.”

Since the dismissal, he has retreated to his art studio for solace and taken comfort in his family.

“They have been shortchanged for the last decade, so it’s important to give them the time and energy they need,” Olsen said of his wife, Megan, and their three children. “But also life goes on and I am looking forward to the unknown.”

In a nonstop career with United since leaving the University of Virginia in December 1997, Olsen finds himself in an awkward phase.

“I’ve never had this void in my life,” he said. “There is healthy anxiety about that, but there’s also some excitement. In two months, I might say I miss coaching and I need to get back into it.”

Upon his dismissal, Olsen said he received messages from dozens of colleagues, current and former players and friends. It helped him appreciate what he had been through over a decade — the longest head-coaching tenure in United history and the second-longest streak in MLS behind Sporting Kansas City’s Peter Vermes.

“I’ve seen so many coaches over the years leave a team with such a bitter taste in their mouth,” Olsen said. “I knew this day was coming, and I’ve been prepping for it in a way to make sure I don’t leave that way — that I leave with a real sense of pride in what I’ve done and thankful for the relationships I’ve built over 20 years.”

Reiterating his written statement posted last week, Olsen said: “My time as a coach at the club needed to end. I do think the club needs to move in a different direction, and that’s a healthy thing for everyone.

“It’s still difficult to come to that realization. Don’t get me wrong: Being let go still hurts. But sometimes things that make sense for me and the club aren’t easy.”

United qualified for the playoffs five of the previous six years but hadn’t won a postseason game since 2015. At 2-9-5 when he was fired, the team was running out of time. (Under interim coach Chad Ashton, D.C. lost at Chicago and tied Philadelphia; the team will visit Cincinnati on Sunday.)

Olsen did not want to go into detail about what went wrong, but a wave of long-term injuries and a set of subpar performances by several players damaged the cause.

Also, the economic fallout from the novel coronavirus pandemic ended the team’s plans to sign at least two impact players this summer, two people close to the situation said.

United was already one of the thriftiest spenders in MLS, and the latest belt-tightening left Olsen squeezing all he could out of a depleted roster.

Some fault lies with him.

“There are areas, as I reflect, that I could’ve done better, but that is the case every year you don’t raise a trophy,” Olsen said. “There are decisions you could’ve made tactically, with personnel and how you manage a player or two. Maybe some decisions are magnified because of one thing or another.”

Olsen knew his job was in danger as defeats piled up this fall. United’s only two victories came in March and early September.

“You never want to give up on any season,” Olsen said, when asked whether he was surprised to get sacked before the season ended. “If there is hope, maybe sometimes that is a reason to make a move you think can energize the crew.”

Although his tenure did not end the way he would’ve preferred, Olsen said he has begun to appreciate holding the job for a decade, making him one of the longest-serving coaches in D.C. pro sports history.

“It is a unique road, going from a player and being a coach for this long in this day and age in sports,” Olsen said. “It just doesn’t happen that often. I feel lucky I was one of the rare ones to go this way. Of course, I wish we had had more success.”