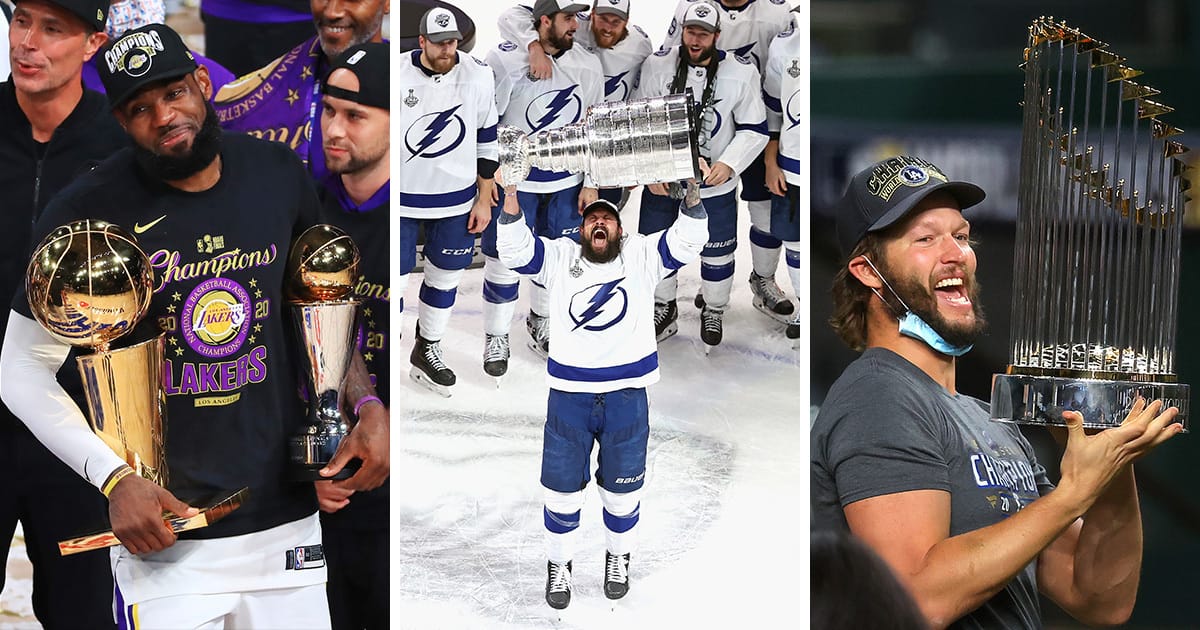 But with the end in sight, I’ve never been so happy for sports to settle down. It turns out there is such a thing as too much sports. Well, with this caveat: When they’re forced into a pandemic-induced, aseptic state.

Once we get past the Masters in a barren, mid-November form, the major sports calendar will start looking more like itself. The traditional football takeover will commence. Soon, basketball and hockey will expedite preparations for their new seasons, and a normal, steady pace should resume. There will be no U.S. Open tennis on top of U.S. Open golf, with baseball, soccer, the WNBA and NBA postseasons, the Stanley Cup playoffs, the start of the NFL season and whatever college football has become all jockeying for position. There will be no squeezing the Kentucky Derby into early September or making the Indy 500 work in late August. The avalanche of catch-up championships and out-of-sync tournaments will cease.

It’s a good time to relax. Or fret over whether your favorite squad on the gridiron can mitigate the spread of covid-19. Or just keep glancing at games here and there and remain uncertain about sports — desperate and lacking rhythm — while life is so intense and urgent.

The problem isn’t that the games and story lines have failed to be interesting. Two iconic brands from Los Angeles, the Lakers and the Dodgers, just clinched championships within 17 days of each other. Football teams are scoring like crazy. Rafael Nadal recently won the French Open, over rival Novak Djokovic, and tied Roger Federer with 20 Grand Slam singles titles. Some of the other notable superstars who have shined during this time: LeBron James, Anthony Davis, Naomi Osaka, Mookie Betts, Clayton Kershaw, Corey Seager, Sue Bird, Breanna Stewart, Russell Wilson, Tom Brady. But their moments, though spectacular at times, haven’t been engrossing.

If you’re into television ratings, they paint a picture of the struggle. The World Series set a new low for viewership. The NBA Finals crashed in similar fashion. The biggest sports leagues rarely must worry about their audiences, but they all are concerned in 2020. The games are out of sorts, and so are the fans. The competition for attention, in sports and society at large, has been an issue, too.

But more than anything, the past few months have exposed a truth that defies the purist’s view of sports: The competition isn’t enough. People miss the atmosphere, connection and pageantry. There’s an energy and a shared joy to sports that can’t be reimagined. There’s a ceremony to sports, something that many die-hards have long mocked and wished would be minimized. But it matters. It makes the vibe richer. And it can’t be replaced during a pandemic.

There have been last-second shots and walk-off heroics that yield to isolated celebration in mostly fan-less venues. Watching that from afar is like peering at a snow globe. It’s cool to see, but it won’t send you running out of the house to dance with a neighbor — from six feet away, of course.

Despite some thrills, a feeling of emptiness burdens the experience. It’s not the fault of sports; the game presentation has been good, given the circumstances. It is evidence of their limits, however. This year is immune to diversion, no matter how much we need it. A flood of sports can’t drown the anxiety of an overwhelming combination of burdens: pandemic, racial reckoning and economic catastrophe, all during an election year.

After a rough start to its abbreviated, 60-game season, Major League Baseball went 59 days without a positive coronavirus test. Then Turner had to be pulled before the eighth inning of the season’s final game Tuesday night, but refused to stay away after Los Angeles won, and none of his teammates seemed to care about his recklessness.

In the end, baseball kept its season together for as long as it could. It didn’t have a day to spare. If the Tampa Bay Rays had won and extended the World Series to a Game 7, that all-important game may have been delayed.

This is sports in 2020, and many of these problems will linger into 2021. The challenge to stay on schedule will be extremely difficult, but the commissioners and teams must try. I thought the disruption might create an opportunity to revise the sports calendar for the better. I was wrong. It’s thoughtfully, almost flawlessly constructed as is. There’s room to tweak, but an overhaul would be a mistake. The value of good pacing has become clear.

I’m curious whether the reaction to this compressed calendar would be different if sports were still sports: full of fans, alive, able to entertain a calmer world. But, nah, let’s not attempt this experiment again.

Mystics find their flow, knock off the WNBA’s top team in overtime