Fewer people than usual will pop bottles of bubbly at midnight. Pour one out for France’s Champagne region. 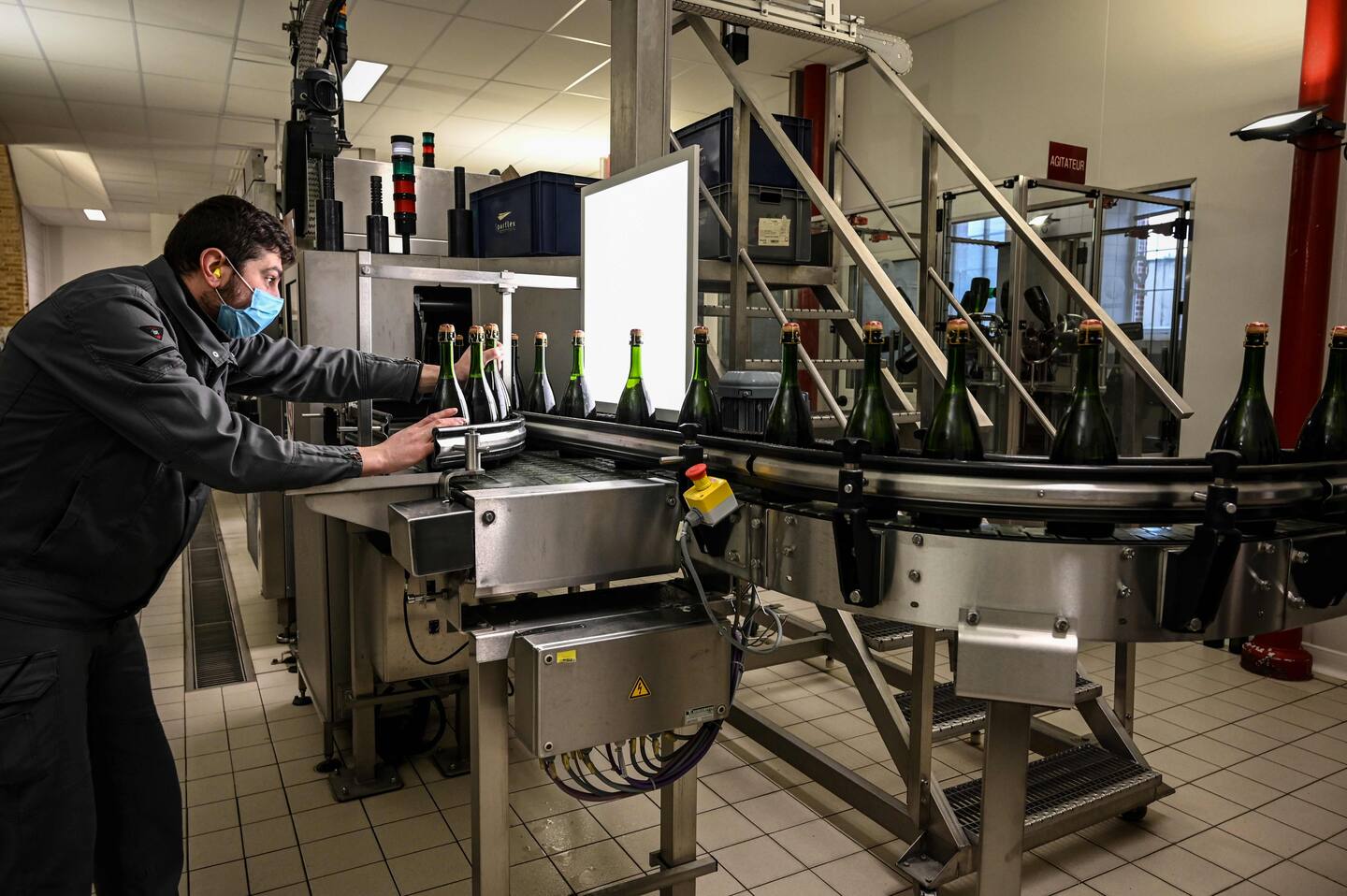 The town of Épernay’s stately Champagne Avenue — an Embassy Row of sorts for the world of champagne — was almost entirely empty this week. Champagne-themed key chains, basketball hats and lighters sat unsold in dark shop fronts.

Americans usually consume millions of glasses of champagne on New Year’s Eve. This year, however, the more than 15,000 producers here are set for disappointment. They have already seen sales plummet by more than 20 percent, the worst decline since World War II.

“It’s a crisis unlike anything the Champagne region has ever seen,” said Maxime Toubart, head of the Champagne winegrowers’ association.

Sales of some alcoholic beverages have gone up during the pandemic. But champagne, a favorite at events, nightclubs and fancy dinners, did not necessarily hold the same appeal as other wines for those in shutdown.

The first months of shutdowns were the most challenging for champagne sellers. After the virus began to paralyze Europe in spring, John Charles Ricciuti, 56, who runs a family champagne business, sold 18 bottles in the first two weeks of lockdown in March — only a tiny fraction of the usual 2,500 bottles per month, he said in a conversation this week at his home in the village of Avenay-Val-d’Or.

More than many other drinks, sales of champagne, distinct from other drinks in its identity as a marker of occasions, have long been linked to prevailing socioeconomic currents. When the global economy rallied or the world recovered from wars, sales tended to skyrocket. “Champagne is often a wine of conviviality; it’s a wine of celebrations,” said historian Kolleen Marie Guy.

During crises, champagne sales tend to suffer — with minor exceptions. As a flu pandemic killed millions between 1918 and 1920, some people initially hoped that dry champagne could fend off the virus. A century later, the coronavirus pandemic sparked similar false claims, this time circulating on social media, but no attendant bump in purchases.

By the summer, the abrupt plummet in sales had triggered what French newspapers labeled the “Champagne wars” — a dispute between the owners of local vineyards and big champagne businesses that turn the grapes into wine.

To avoid overproduction and preserve the value of the tens of millions of bottles stored in their underground cellars, major champagne makers pressed for production curbs, forcing vineyard owners to destroy their own grapes.

“It was painful,” Ricciuti said. “When nature gives you something, you must take it.”

The coronavirus champagne wars were not the first of their kind. “There’s a long history of battle between the growers and the producers,” said Guy, citing an escalation in 1911, when wine growers “burned down some of the wine houses.”

This year, government aid helped the most affected companies through the crisis, preventing bankruptcies, but the coming months could be crucial for the industry’s future. The French watch champagne very closely and have been doing so since the early 20th century, Guy said. “It’s a bellwether.”

Some of the cultural significance of champagne dates back to World War II, when the Nazis plundered large amounts of it after occupying the area. In France’s collective memory, Guy said, it amounted to the theft of a “national treasure.”

For the Ricciuti family, World War II proved a window of entry into the tightknit champagne world. Ricciuti’s father, Albert, arrived in France as a U.S. serviceman in 1944. He helped to liberate Avenay-Val-d’Or, where he met his future wife, Paulette Révolte, and where the family now lives. Paulette and her family had risked their lives to hide two U.S. parachutists from the Nazis in the final weeks of occupation.

Albert went on to help liberate the Nazi concentration camps farther to the east, before returning to the United States. When he decided to marry Paulette and return to France, the Baltimore-born veteran became the first American winegrower in the region.

Visitors to the Ricciutis’ mansion in Avenay-Val-d’Or are still greeted by U.S. flags in the hallway, alongside a letter of “gratitude and appreciation” from the U.S. government for hiding the two parachutists.

While some champagne producers could see the pandemic sales dip as a moment to pivot toward Asian markets, where much of the growth in the coming decades is expected, the Ricciuti family wants to remain focused on expanding its sales in the United States — the second-biggest export market for champagne behind Britain in terms of volume.

The company already sells champagne bottles imprinted with U.S. flags and is working on other marketing campaigns, as it prepares for the post-pandemic business.

“It’s going to be a tougher job,” Ricciuti said.

Some experts say an eventual wind-down of the pandemic could prove an opportunity.

“People want to catch up on pleasure,” said Olivier Gergaud, a food and wine researcher at France’s Kedge Business School.

Gergaud said he recently compared Google search interest in champagne across countries and found a spike in Australia. After the country emerged from months of lockdowns and restrictions in recent weeks, interest not only rebounded but exceeded pre-New Year’s Eve levels in 2019.

A post-crisis champagne revival would not be unprecedented. One century ago, WWI and the 1918 flu pandemic (despite the false medicinal champagne rumor) appeared to threaten champagne’s survival.

“But it was followed by this burst of partying,” Guy said.