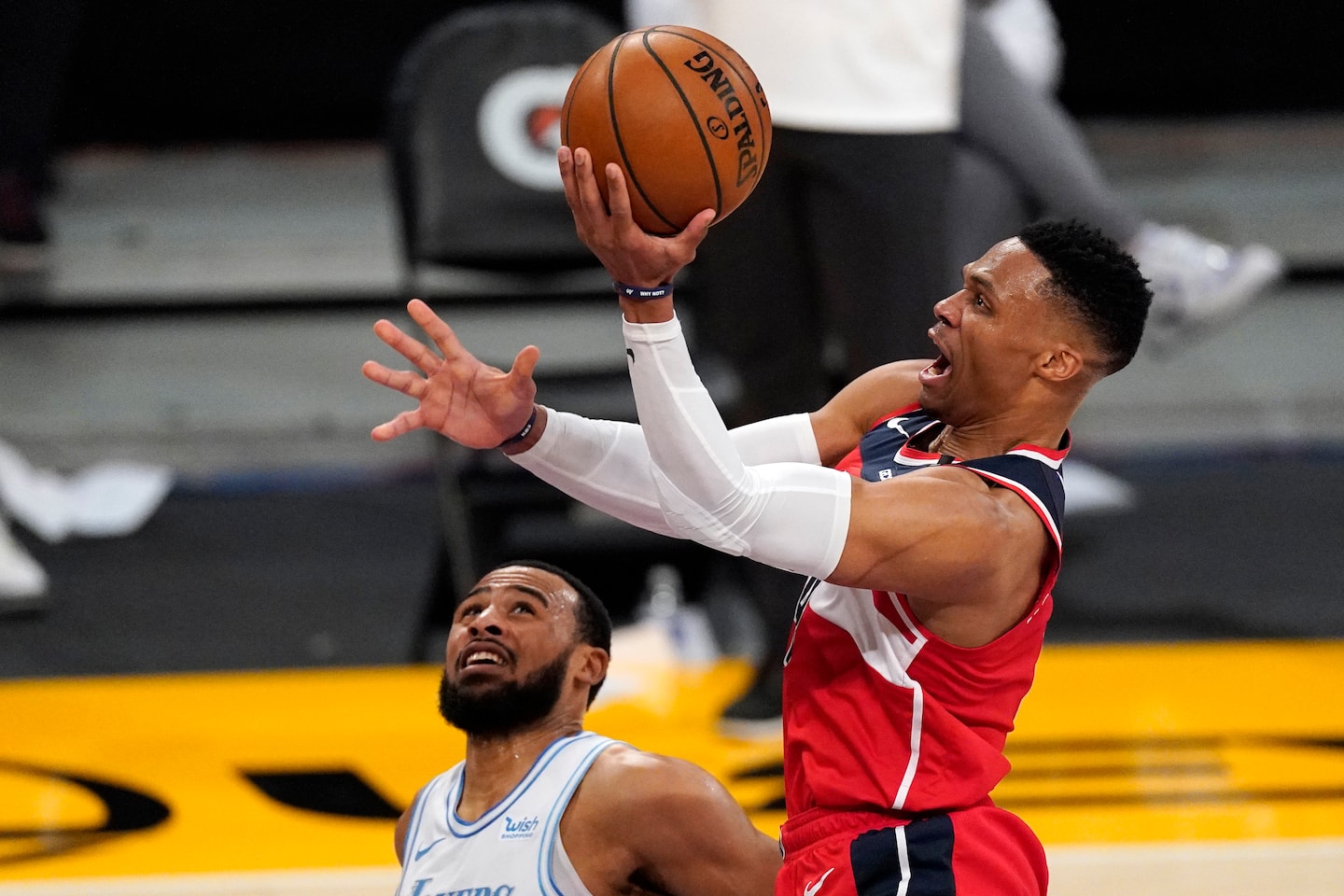 But ask Beal, and the Wizards’ hot streak has a bit more complexity under the surface.

“I would say it’s the total opposite,” Beal said on a videoconference Saturday, when asked if the team’s recent winning ways started with him and Westbrook. “Everybody’s involved, it’s not just me and Russ carrying the whole offense. We’re keeping everybody involved, and then defensively, it takes all five. We’re being better at that.”

Beal, despite his and Westbrook’s outstanding tandem play lately, is spot on. The Wizards are getting significant contributions from up and down the roster, from starting center Moritz Wagner’s energy in wins over Boston and Houston last week to backup center Robin Lopez’s steady defense to forward Rui Hachimura’s defensive growth and the return of Davis Bertans’ well-timed three-pointers.

There was no greater evidence of Beal’s claim than Washington’s win in Los Angeles on Monday.

Yet over and over, it was the Wizards’ role players who stepped up to keep the team in the fight in the first place. Their success was largely about timing.

It was a clutch three from Bertans — his first of the night — that put Washington (11-17) within one point of the lead after it trailed by 17 in the third quarter. Then with just under seven minutes to play in regulation, backup point guard Raul Neto rattled off four rebounds, two steals an assist and a layup to put Washington up five. Rookie wing Deni Avdija hit a three with 51.7 seconds left in regulation to make it 114-111 to the Wizards’ favor — and he aptly guarded LeBron James on the perimeter late in the game along with Hachimura.

“It’s amazing man, those guys have been great all year long,” Westbrook said. “They’re catching their rhythm and feeling good about themselves.”

The Wizards credit their newfound well-roundedness to a practice a couple of weeks ago in which everyone’s role on the team was clearly defined and players all “bought in,” Beal said Monday, to performing their specific jobs to the fullest.

“Playing hard is something that we should do automatically, we get paid to do that,” Beal said. “But playing with IQ, being ready to go, defending, knowing personnel when you come into the game, like, these are all things and areas of growth that we’ve been having the last couple games, and it’s been great.”

For Hachimura and Avdija, who helped make life hard for James down the stretch Monday (the MVP candidate had 31 points, nine rebounds and 13 assists but also committed eight turnovers), that has meant lots of time studying the game, watching film and making a commitment to defend with more physicality and purpose.

Beal also credited the young lottery picks for simply paying closer attention in games, be they on the floor or on the bench. That new level of engagement paid off Monday — Hachimura had 15 points and Avdija added eight, but it was just as important when they scored. Both players’ defense on James also earned high praise from Wizards Coach Scott Brooks and Beal.

“First of all, I stick to the scouting report … second of all, I’m not afraid of anybody so I’m just going to take the challenge every time,” Avdija said of his mind-set going up against James. “… The other thing, on the court, I’m just reading. I’m sticking to what the coach tells me, and I’m playing with my defensive skills. I’m reading, I’m sending him to his weak hand most of the time. I’m just playing, I’m taking the challenge. I’m defending with my heart.”

It is that type of defensive commitment that has paved the way for Washington’s smooth offense over the five-game winning streak. Even though the Wizards have not shot well from three, an area in which they were expected to excel at the beginning of the season, they have been able to overpower opponents and stay in control late in games.

Washington has shot 34 percent from the three-point line during its winning streak while still managing to shoot 48.7 percent overall. When defense is clicking at all positions on the floor, it’s easier to paper over flaws.