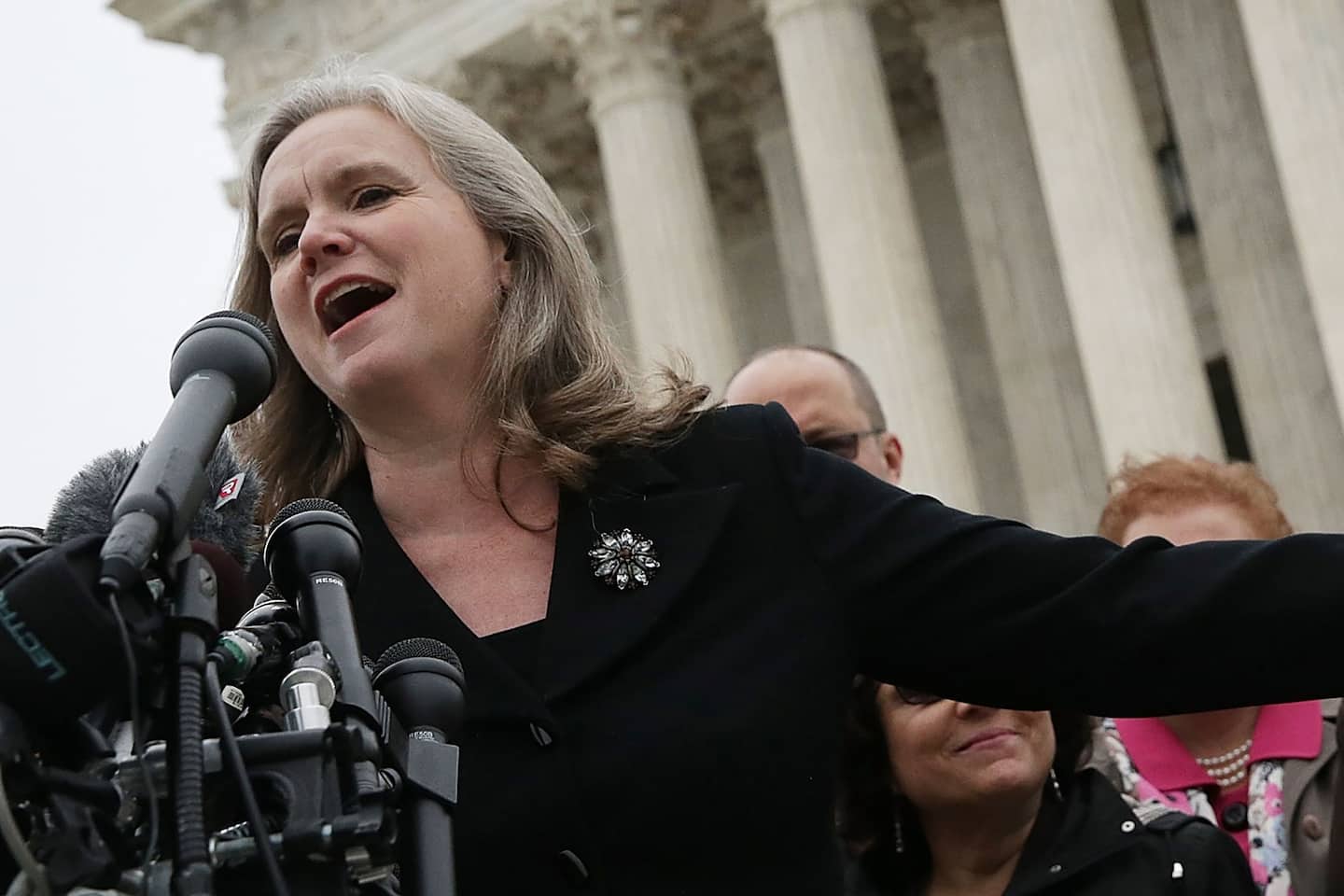 “I find the action taken today by the White House against our independent agency to be deeply troubling,” she said in a tweet, calling it an “injection of partisanship where it had been absent.”

The EEOC investigates workplace complaints on sensitive issues like discrimination based on race and gender, which had become deeply politicized during the heated culture wars fanned by the Trump presidency.

The Trump administration sought to narrow civil rights protections for LGBTQ people by urging courts to overturn the EEOC interpretation, developed during the Obama administration, that discrimination against people because of their sexual orientation and gender identity ran afoul of the 1964 Civil Rights Act.

Gustafson was confirmed by the Senate to a four-year position in August 2019. She had raised the hackles of civil rights, LGBTQ and women’s groups during her confirmation hearing, by what they saw as “evasive” answers she gave about the rights of LGBTQ workers.

“Her evasiveness suggests that she is unwilling or reluctant to preserve the EEOC’s critical mission of defending LGBT people’s well-established legal rights, and her refusal to commit to enforcing the law or recognize legal rights that protect the livelihood of millions of Americans is cause for significant concern,” several human rights advocates wrote in a 2018 letter to Sen. Lamar Alexander (R-Tenn.), the then-chair of the committee that deals with labor issues, and ranking Democrat Patty Murray (D-Wash.)

While on the commission, Gustafson had been involved with anti-religious discrimination work.

“One of the issues she made as her hallmark, was the issue of discrimination against religious minorities, the law requiring religious accommodation of beliefs,” said David Lopez, who preceded Gustafson as general counsel under President Barack Obama. “Some lawyers from the conservative Christian right view this right as a conflict with requiring nondiscrimination against LGBTQ people.”

In an email, Gustafson said that her work on religious anti-discrimination did not conflict with LGBTQ rights.

The EEOC and the White House did not return requests for comment. The White House request for her dismissal was first reported by Bloomberg News.

Lopez said he did not agree with the idea that Biden had violated a norm by dismissing her. He said he had considered a similar scenario before the 2012 election, contemplating his fate had Republican presidential candidate Mitt Romney defeated Obama, who had appointed him. He said he concluded that the right thing for him to do would be to resign.

“At the end of the day you serve at the pleasure of the president,” he said. “I think the norm that was violated was that she decided to stay. I’ve never heard of that happening before.”

Conservative legal activist Ed Whelan shared emails and letters on Twitter showing correspondence between Gustafson and the White House this week, that Gustafson said were accurate.

Gautam Raghavan, a White House official who works on personnel issues, wrote Gustafson on Tuesday requesting her resignation by 5 p.m. on Friday, according to one of the emails. Gustafson wrote back on Friday, saying she declined the request, and noting that her four-year term was supposed to last through April 2023. She said she had not heard of an EEOC general counsel ever being fired.

“Civil rights is a bipartisan issue, and all the statutes I enforce as General Counsel were passed with bipartisan support,” she wrote. She said she was proud of the EEOC’s accomplishments in the last year, including 93 merit lawsuits filed by her office on issues like sex, disability, retaliation and age.

She said the Biden administration removed a report that she had finalized just a week before his inauguration on “religious discrimination in employment.”

“Your request that I resign provided no reason for the request, and I do not know which of your advisers recommended that you make the request,” she wrote.

The Post was shared an email that Gustafson sent EEOC staff on Friday to say goodbye.

“I have for the first time, after 50 years of employment, had my first opportunity to experience what my terminated clients experience,” she said. “Whatever else it is, it’s good to have this firsthand perspective.”