Post-UMD poll: Fewer than half of Americans feel comfortable attending sports in person 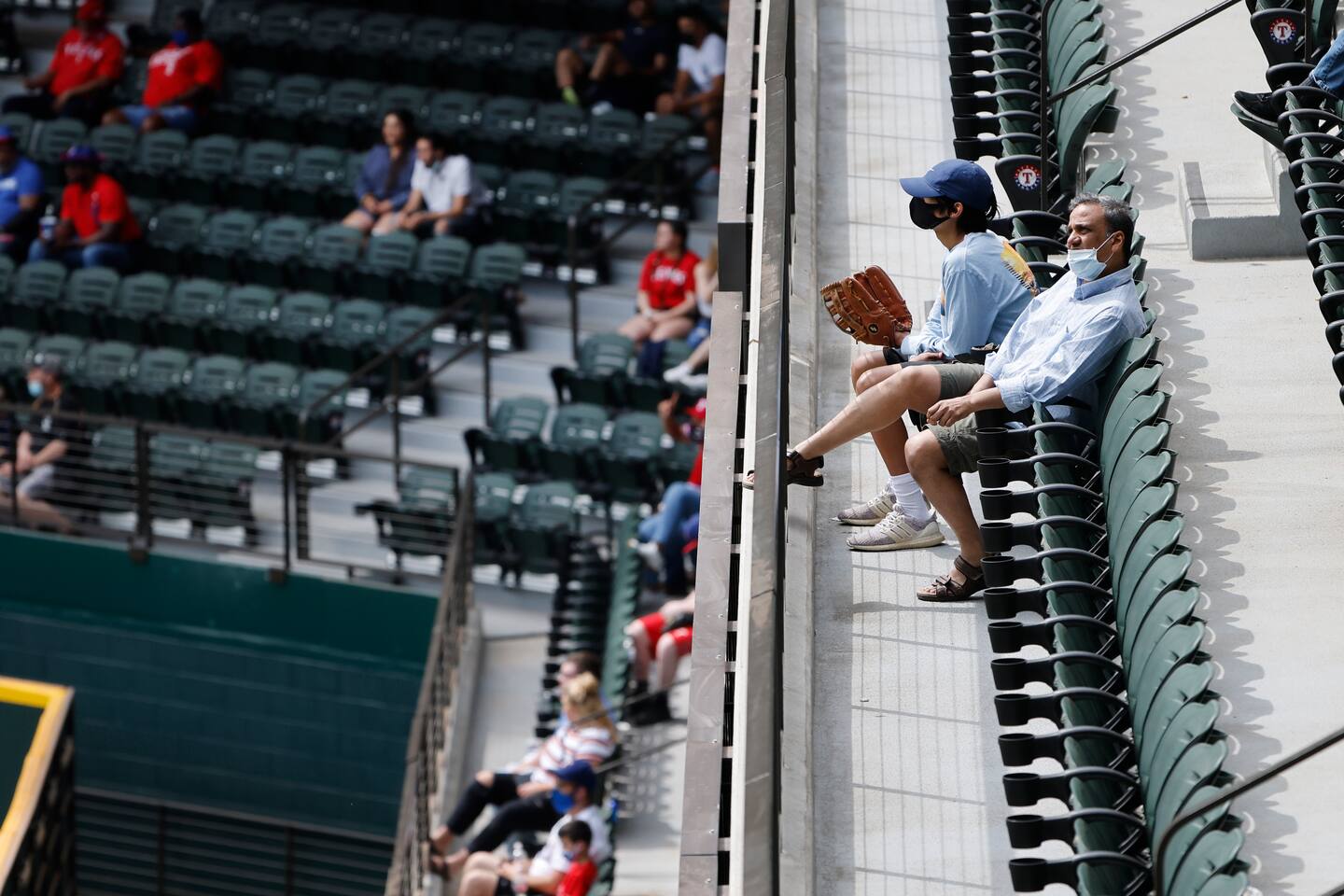 Baseball’s Opening Day is Thursday, and stadiums across the country will open their gates and welcome back fans with a range of restrictions and protocols in place, including mask mandates and caps on attendance. While 42 percent of Americans are comfortable attending a live, ticketed sporting event in general — compared with 40 percent who are not and 18 percent who are unsure — people say their own comfort levels vary widely based on conditions.

In the poll, 63 percent of Americans say it is a large or moderate risk to attend a sporting event right now, including 26 percent who say it’s a large risk. That marks a sharp decline in risk over the past year: In a May 2020 Axios-Ipsos poll, 84 percent said attending a sporting event was a large or moderate risk, including 65 percent who said it was a “large risk.”

The Post-U.-Md. poll was conducted from March 12 to 18, as coronavirus infection rates started to plateau and vaccinations increased across the country. It was done online and included a random sample of 1,500 adult Americans, carrying a margin of error of plus or minus three points. The survey was conducted in collaboration with the University of Maryland’s Shirley Povich Center for Sports Journalism and its Center for Democracy and Civic Engagement.

Basketball and hockey teams have adjusted their attendance policies regularly in recent weeks as local conditions and restrictions have changed. Ten NBA and 15 NHL teams still don’t allow any spectators, though more are beginning to open their doors to limited crowds. Baseball is poised to begin its season with fans permitted in all 30 stadiums. After staging its entire 2020 regular season in empty ballparks, capacity limits this spring will range from 12 percent (Boston Red Sox) to 100 percent (Texas Rangers).

“Opening Day with fans in there is definitely going to be sick,” Manny Machado, the San Diego Padres all-star, said on a recent Zoom call with reporters. “It’s going to be awesome. I know everybody in here definitely can’t wait. I’ve been pumping it up. I’ve been saying it’s going to be the loudest 12- to 14,000, however many fans we have. … I’m getting goose bumps right now just thinking about it.”

More say they would be comfortable attending a stadium limited to 20 percent capacity (69 percent “comfortable”) than 50 percent capacity (50 percent). The vast majority of teams will open the season with seating capacity limits in the 15 percent to 30 percent range, which often means fewer than 10,000 fans will be on hand.

“You always want as many fans as possible,” Washington Nationals ace Max Scherzer said. “I love it when it’s sold out and the crowd’s rocking. Obviously, I get why we’re not going to have sold-out crowds. I get it. But, yeah, the more fans we can have, the better.”

Anthony S. Fauci, the director of the National Institute of Allergy and Infectious Diseases, said this week that masks should be mandatory at all games and urged teams to space out fans. But he said teams should base many protocols, such as permissible crowd size, on local conditions.

In the Post-U.-Md. poll, 54 percent of Americans say they’re comfortable attending sporting events if coronavirus case levels are low in the event’s region.

The Rangers are the only MLB team beginning the season at full capacity, as they look to show off their 40,000-seat new home. Globe Life Field opened last season in Arlington, Tex., without fans in attendance, which Texas Manager Chris Woodward likened to having “a brand-new car for a year that you couldn’t get out of the garage.”

Mask requirements at sporting events enjoy wide support, with roughly three-quarters of Americans overall and sports fans alike saying sports leagues should require attendees to wear them. However, that support dips to 56 percent among people who are currently comfortable attending live sports events. There is also a sharp partisan divide on the issue with 96 percent of Democrats and Democratic-leaning independents supporting a mask mandate at games, compared with 52 percent support from Republicans and Republican leaners.

Just as teams in different cities implement different protocols, fan sentiments vary by region, too. Americans in the Midwest are most comfortable attending a live sporting event (47 percent), compared with 42 percent in the South and in the West and 34 percent in the Northeast.

NBA and NHL teams have been hesitant to invite large groups to their games. Some cap attendance at 10 percent, which typically amounts to just a few thousand fans.

“It’s nice to have them, but you really don’t hear them much,” said Washington Wizards Coach Scott Brooks, whose team sees spectators only on the road. “ … It’s great to have fans. Even if it’s only 2,000, it’s better than nothing.”

Those teams are still sorting out appropriate protocols. For example, any ticket holder attending a Brooklyn Nets game is mailed a PCR test in advance and receives a rapid result on-site before allowed entry into Barclays Center. And as baseball opens its season, the New York Yankees and New York Mets are requiring proof of full vaccination or a negative coronavirus test before letting any fan into their stadium.

That dynamic hasn’t played out among Americans who have already received at least one dose, though. The poll finds Americans who have been vaccinated are more likely to feel uncomfortable attending at this time than unvaccinated adults, a pattern that may reflect the fact that vaccinated Americans are older and still express concern about family members catching the coronavirus.