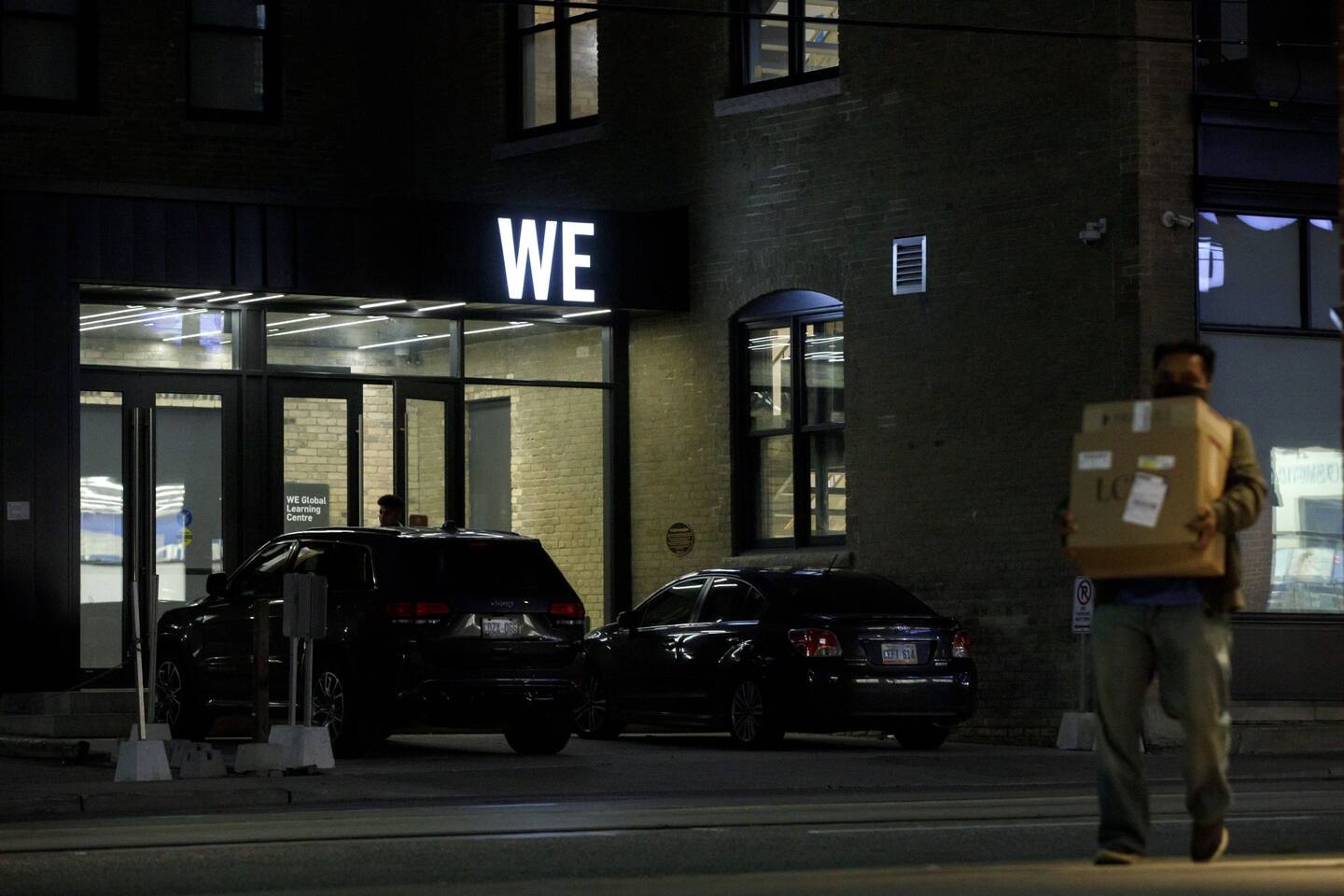 The demands stem from a dispute between Reed Cowan, who works at a Sinclair-owned NBC affiliate in Las Vegas, and Toronto-based WE Charity. In April 2006, Cowan lost his 4-year-old son, Wesley, to a fatal swing set accident and plunged into grief. Via an episode of the “Oprah Winfrey Show,” Cowan learned that WE Charity, co-founded by Craig and Marc Kielburger, was building schools in Kenya and decided to raise funds for the cause “as a way of turning pain into purpose,” according to the demand letter sent on Cowan’s behalf from the Las Vegas law firm Reid Rubinstein & Bogatz.

Over following two years, Cowan traveled to Kenya to commemorate the school construction in Wesley’s name and shoot documentary footage of the whole enterprise.

Years later, the “unthinkable” occurred. In late December 2020, Bloomberg Businessweek published an investigation feeding off a cronyism scandal involving WE Charity. The story alleged that the organization had engaged in manipulative practices regarding its Kenya projects, such as moving slowly on construction so that donor groups would have plenty of “feel-good tasks” to perform. Bloomberg reported: “A running joke among staff was that donor plaques hanging on buildings should be made of Velcro because they were swapped so frequently.” (The charity pushed back on the claims.) The bad press came at the end of a year in which WE Charity announced it would be closing down its Canadian operations.

According to the demand letter, Wesley Cowan’s plaque was removed from a Kenyan school and replaced with one dedicated to another person. The charity later restored Wesley Cowan’s name to the school.

The discovery of plaque-switching unsettled Cowan. “The Wesley Cowan school is so sacred a place for Mr. Cowan that it has been a central tool for his doctors in treating his post-traumatic stress disorder, which stems from Wesley’s death,” reads the demand letter, which says that Cowan plans to use the “full extent of the law to uncover each and every [one] of WE’s bad acts so that he may appropriately understand the full scope of his damages.”

Cowan testified before a Canadian parliamentary committee about the matter and posted a video on social media claiming that WE Charity should have built many more schools with the money that he helped to raise. WE Charity tells the Erik Wemple Blog that the approximately $70,000 Cowan and his Wesley Smiles Coalition raised “supported the construction of four schoolhouses in Kenya, and contributed to one schoolhouse in China and one schoolhouse in Sierra Leone.” Two of those four schoolhouses in Kenya, says the charity, had plaques.”

The first demand in Cowan’s letter is a mechanism for refunding donations that went to Cowan’s cause. Others seek reimbursement for the expenses that Cowan incurred in traveling to Kenya and funding a documentary about the enterprise. The most dramatic demand is for $20 million to compensate Cowan for “destruction of his character and marketability as a journalist, public speaker, filmmaker, and author.” The rationale here is that Cowan has spent the last 15 years “preaching” the story of how he has overcome tragedy through WE Charity — a story that, according to the letter, “is now publicly known to be based on lies.”

Also: Cowan asks that his son’s name be removed from all buildings in Kenya. Violation of this condition, says the letter, will trigger $20 million in additional damages. If WE Charity accepts the demands, Cowan states a willingness to delete social media posts on the matter and decline TV interviews with outlets including “Dateline NBC, CBS News, Sinclair Broadcasting, Nex[s]tar Broadcasting, CBC, and all print interviews with Vanity Fair, The New Yorker, The New York Times, The New York Post and Bloomberg, and any other press outlet who requests interviews.”

The upshot? “You have a rare chance to avoid additional heights of public infamy,” reads the letter, which was signed by attorney I. Scott Bogatz and insists that the failure to reply by a specified time would result in litigation and a referral to law enforcement.

That’s some hardball media statecraft. Or in the view of WE Charity’s attorney: “Your letter is extortion, not a settlement discussion.” WE Charity responded with a letter arguing that the organization used Cowan’s funds for their intended purpose; that WE did remove a plaque and apologized to Cowan for doing so; that there is no basis for Cowan’s legal claims; that the $20 million doesn’t appear to be a “random number,” noting that WE’s most recent financial records show “approximately $20 million in net assets”; and that the charity “cannot claim to fully understand the emotional importance to Mr. Cowan of placing a plaque in his son’s memory on a school he helped build in Kenya. But that school is still there. The good Mr. Cowan set out to do in his son’s name is being done.” (Cowan declined to comment the record. The Erik Wemple Blog has asked Sinclair Broadcast Group to comment but hasn’t received any statement.)

In reference to the media outlets cited in Cowan’s missive, the reply says, “The letter threatens that if not paid, Mr. Cowan, a television news reporter, will use his position to make WE Charity infamous.… Mr. Cowan uses his position as a journalist to make clear that he is capable of following through on his threats,” reads the letter, which is signed by Joseph F. Kroetsch of Boies Schiller Flexner LLP.

Pulling a plaque switcheroo is unethical and worthy of the condemnation that Cowan has visited upon WE Charity. Yet members of the media should be mighty careful about ever whipping out scary language about “public infamy,” given their role in facilitating such an outcome.