Tiger Woods was driving at unsafe speed when he was injured in crash, sheriff’s office says 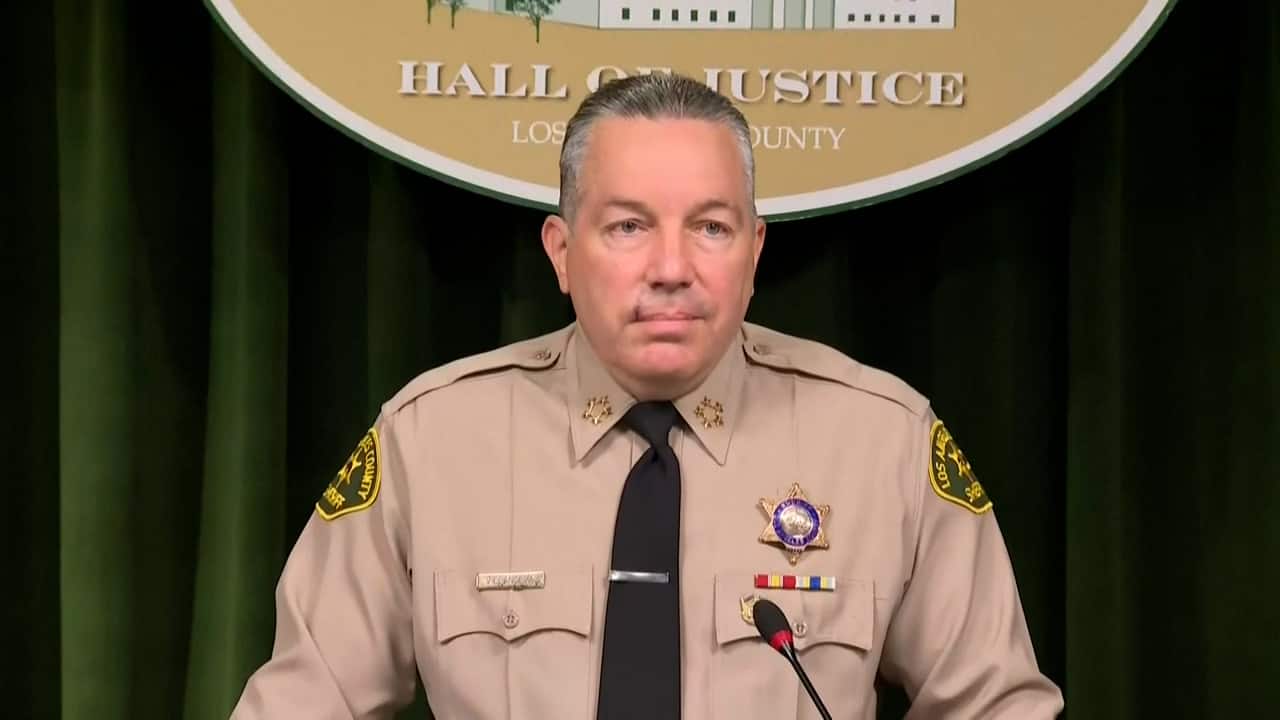 Woods was driving between 84 and 87 mph in a 45-mph zone when his Genesis SUV smashed into and hopped over a median, Los Angeles County Sheriff’s Department officials said at a news conference, citing evidence investigators recovered from a data recorder. Woods’s car was traveling 75 mph when it hit a tree, pirouetted and rolled into a ditch in Rolling Hills Estates, a neighborhood in the posh suburb of Rancho Palos Verdes, Calif.

Despite concluding Woods had driven at nearly double the speed limit, police did not issue a citation or charge him with reckless driving. While vehicle recording data showed excessive speed, Villanueva said, a ticket cannot be issued without witnesses. A reckless driving charge would require more than one infraction.

“The decision not to issue a citation would be the same thing for anyone in this room,” Villanueva said to a roomful of reporters and cameramen. “The inference he is somehow special is false.”

“Due to his injuries and the traumatic nature of his injuries, it would not be appropriate to do any field sobriety test,” Power said.

Villanueva reiterated Woods, 45, showed no signs of impairment from either drugs or alcohol. Police who responded to the scene did not smell alcohol or find any sign of alcohol or drug use, Villanueva said, which meant police lacked probable cause to draw blood or call in a drug-recognition expert.

Woods would have been subject to a toxicology report at the hospital where his injuries were treated, but the department did not seek a warrant for the report. Investigators did not have the “building blocks” for probable cause, Villanueva said.

“I know there are some saying he received special or preferential treatment of some kind,” Villanueva said. “That is absolutely false. There was no signs of impairment. Our primary concern at the scene of the collision was his safety. This is where you have to switch gears and make sure the person can survive and receive the medical care they need.”

In 2017, Woods was arrested and charged with driving under the influence in Florida, a new low point after years of struggling with highly publicized marital affairs and back surgeries. A toxicology report showed five drugs in his system, including a sleep aid and two painkillers, one of them an opioid. Woods checked himself into a clinic for help in dealing with his use of pain medication. History, Villanueva said, cannot be used as probable cause.

A data recorder in the car, which police obtained through a search warrant, showed no braking during the collision and that the accelerator was pressed at 99 percent capacity, which led investigators to suspect Woods panicked and mistakenly pressed the gas pedal rather than the brake pedal.

“It is speculated and believed that Tiger Woods inadvertently hit the accelerator instead of the brake pedal,” Power said. “… There was nothing from the cellphone that indicated any type of distracted driving.”

The crash happened days after Woods hosted — but did not play in — the Genesis Open in Los Angeles. He was driving at 7:12 a.m. on Feb. 23 to a film shoot at Rolling Hills Country Club, about four miles away from the intersection of Hawthorne Boulevard and Blackhorse Road in Rancho Palos Verdes. After Woods hit the median, Power said, his car continued across Hawthorne until it struck a tree 71 feet away.

“I am so grateful to both of the good Samaritans who came to assist me and called 911,” Woods wrote in a statement Wednesday. Woods also thanked responders from the sheriff’s department, Los Angeles Fire Department and paramedics “for helping me so expertly at the scene and getting me safely to the hospital.”

“I will continue to focus on my recovery and family, and thank everyone for the overwhelming support and encouragement I’ve received throughout this very difficult time,” Woods wrote.

Last week, Villanueva said detectives had determined the cause of the crash but the department would not be releasing it because of privacy issues. Earlier in March, Villanueva vowed to release details of the crash when available. He cited a California vehicle code that required consent from Woods to publicize some details.

“We have reached out to Tiger Woods and his personnel,” Villanueva said last week. “There’s some privacy issues on releasing information on the investigation, so we’re going to ask them if they waive the privacy and then we will be able to do a full release on all the information regarding the accident.”

On Wednesday, Villanueva and Power said Woods and his representatives cooperated with investigators and gave permission to make details of the accident public.

The crash eliminated Woods’s short-term golfing future and threw his long-term playing career into question. Woods’s right leg shattered. He suffered comminuted open fractures to the tibia and fibula, which means both major bones in his lower right leg broke into multiple pieces and poked through the skin, which increased the threat of infection. Trauma surgeons fastened his leg and ankle together with metal rods, pins and screws.

Woods’s last reference to his accident before Wednesday came March 16, when he posted a message on social media announcing he had returned home to Florida and expressed gratitude for an “outpouring” of support and for his medical care. “I will be recovering at home and working on getting stronger every day,” Woods wrote.

Woods won his fifth Masters in April 2019, the last time the tournament was played in its customary place on the calendar. The win was the culmination of an epic comeback from personal demons and physical trauma.

In a rare public statement Tuesday, Woods tweeted he would miss running up defending champion Dustin Johnson’s bill at the annual Champions Dinner. Whether he pegs a tee competitively again at Augusta remains in question.

Justin Thomas, a young star who has grown close with Woods, traded text messages with Woods late last week. “He said it’s kind of starting to set in,” Thomas said. “He’s bummed he’s not here playing practice rounds with us, and we hate it, too.”