The real reason the queen is giggling in that photo with Prince Philip: A swarm of bees 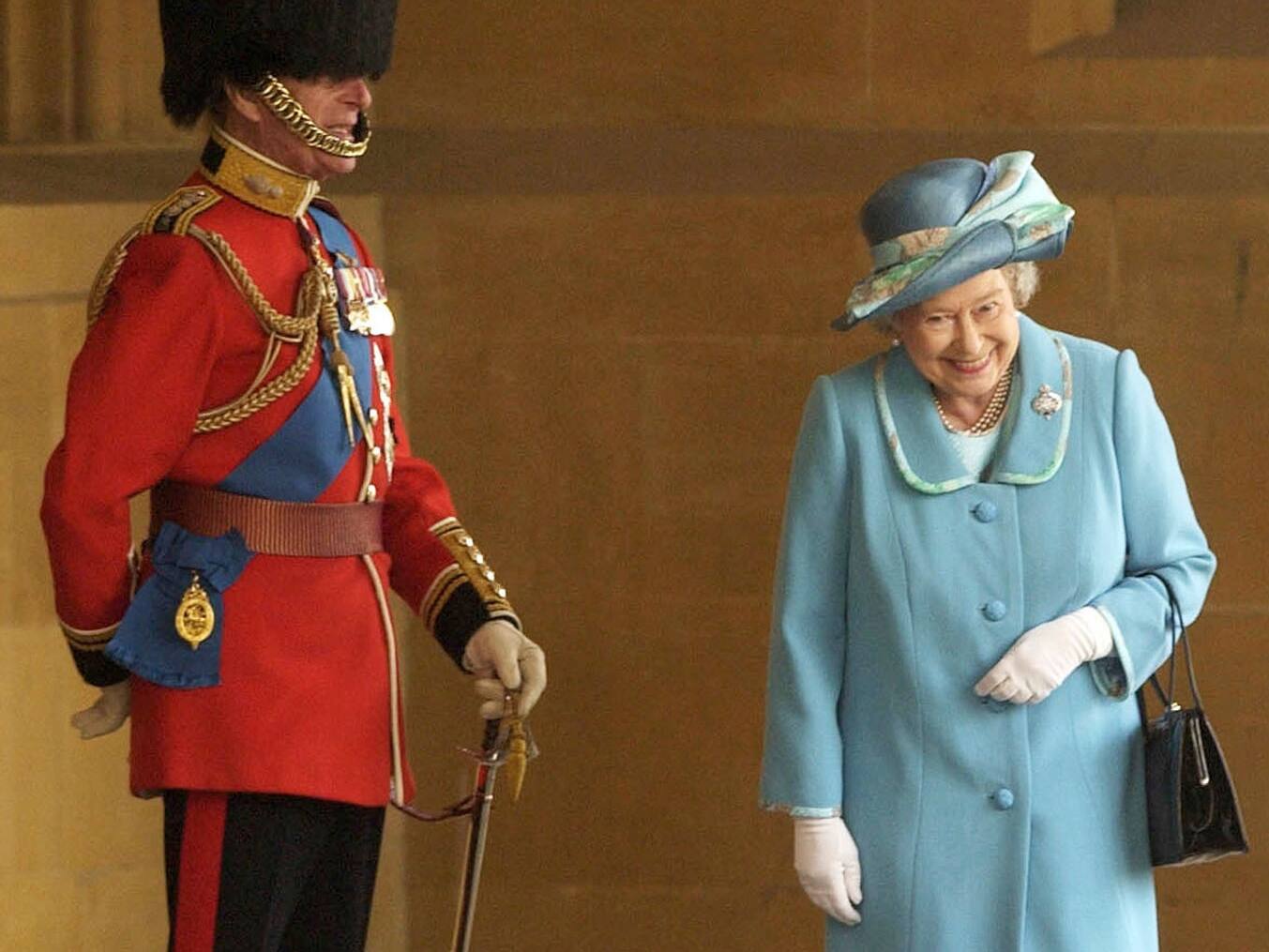 But one particular image generated a lot of buzz online.

The year is 2003 and Philip stands in full ceremonial uniform and a traditional bearskin cap, ready to accompany the queen to a ceremony at Windsor Castle. But as she arrives, wearing a powder-blue ensemble and white gloves, a large grin spreads across her face. Together they chuckle, sharing a moment that some said was indicative of a lifetime of love.

On social media, many wanted to know: What exactly were the “mischievous” pair laughing at?

Some had theories: The monarch was laughing because her husband had dressed up as a guard to “surprise her.” Others said the duke, who was known for his quirky personality and sense of humor, had been playing “a prank” on his wife.

“Does anyone know the story behind this picture? I read that #PrincePhilip was playing a joke on the Queen by dressing as one of her regular sentries — and this was the moment she realised,” British presenter Jeremy Vine tweeted Saturday.

“I’d really love to know what was said to make Queenie grin like this,” read another tweet.

As misinformation swirled, full details of the photo soon emerged. Chris Young, the photographer behind the image, recalled what really happened on that April day as he spoke with the BBC.

According to Young, the queen was indeed taken by surprise — not by a hoax but instead a swarm of bees that had invaded the royal grounds before a review of the Queen’s Company, 1st Battalion Grenadier Guards. At the time the photo was taken, Philip was in uniform as he was serving as colonel of the Grenadier Guards, a role he held until 2017.

“I recognised that it was a human moment. She was giggling like a little girl, and he was laughing too,” Young said. He called their reactions “pretty unique.”

He said he felt lucky to have witnessed the moment, which resulted in a beekeeper being called to remove the swarm, which had attached itself to one of the chairs.

British media reports from the time described how guests were forced to take cover inside while the royal beekeeper and several guards worked to contain the insects — which had managed to sting a retired sergeant major on the forehead.

“We had two queen bees on show — and one was very amused as she watched her rival being taken away,” the Daily Mail wrote the day after the incident, quoting a Buckingham Palace individual.