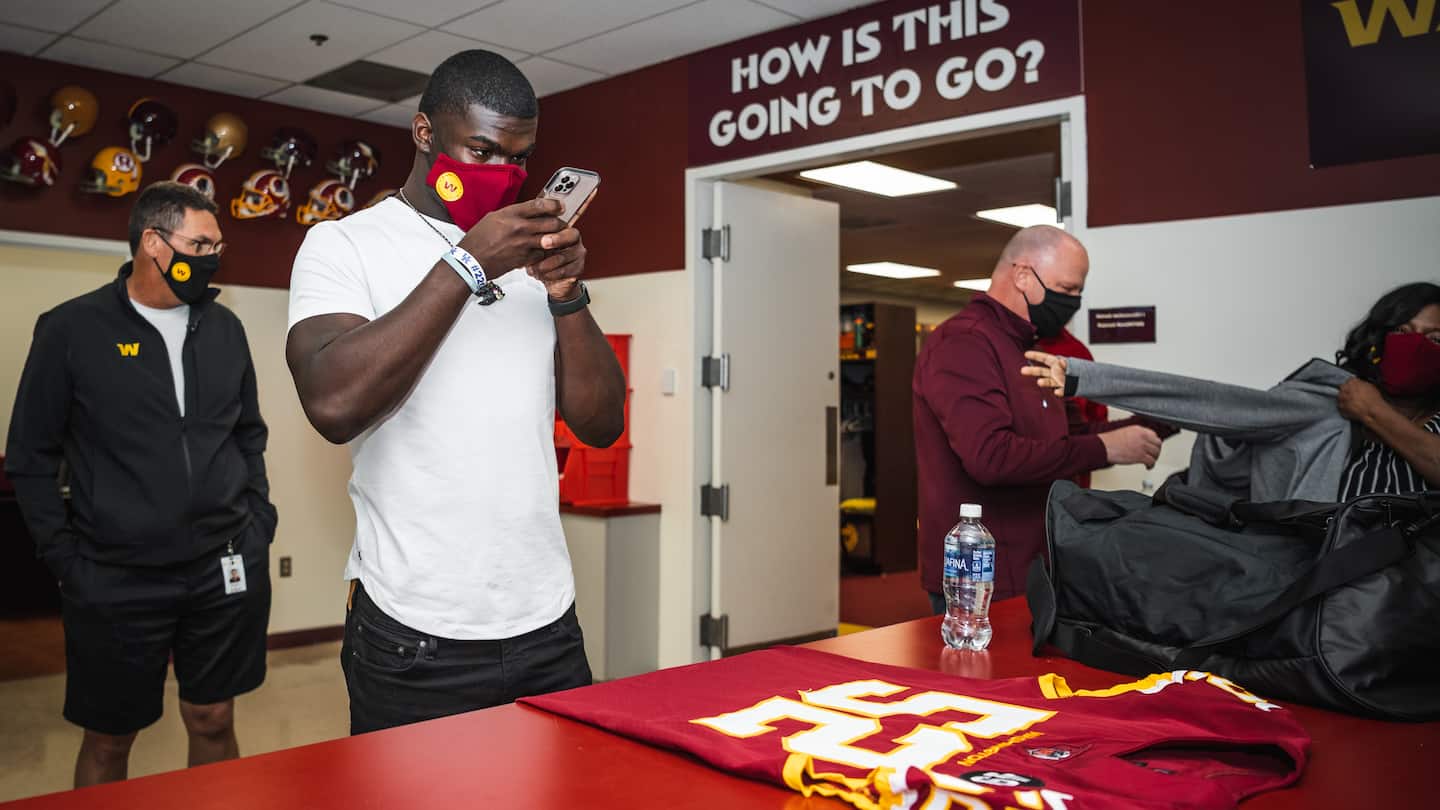 Accompanied by his parents, Tanga and James, Davis was greeted by Rivera, who gave him a tour of the team’s Ashburn training facility. He met with his new defensive coordinator, Jack Del Rio, and new positional coach, Steve Russ, both of whom were NFL linebackers. He shook the hand of Doug Williams, who starred in Washington a decade before Davis was born. And then he saw his own burgundy jersey, complete with his surname stitched on the back above the number 52.