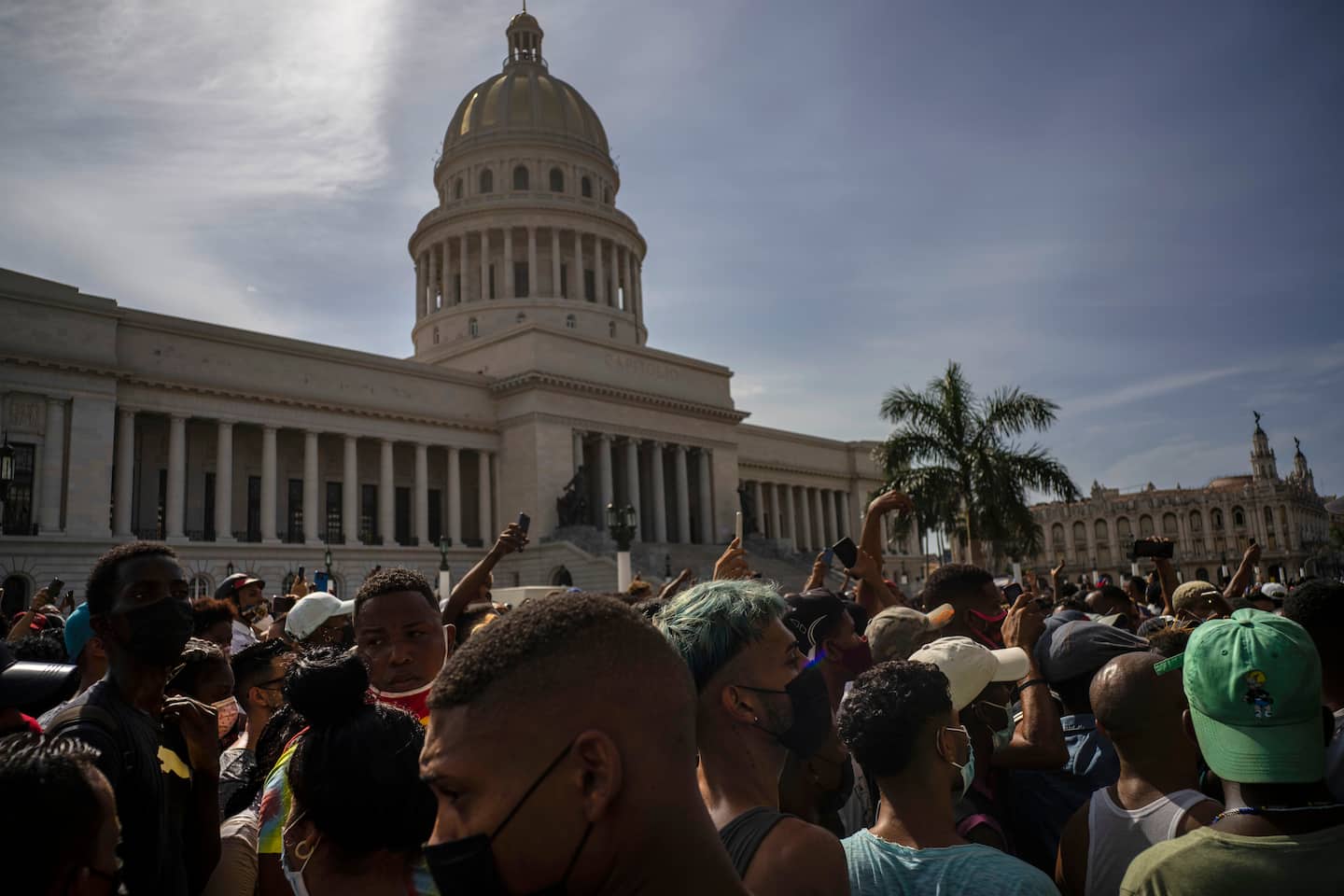 Except for insults and force, the government seems out of ideas for countering Black Cubans and the hip-hop artists who voice their feelings. Last spring, official media labeled Yotuel Romero, one of the Black vocalists on “Patria y Vida,” a “jinetero” — prostitute — an allusion to his marriage, in Spain, to a White woman. In Cuba in April, rapper Maykel “Osorbo” Perez escaped arrest and led a crowd in chants against Cuban President Miguel Díaz-Canel — a handcuff still dangling from his wrist. Days later, he was beaten by plainclothes agents.