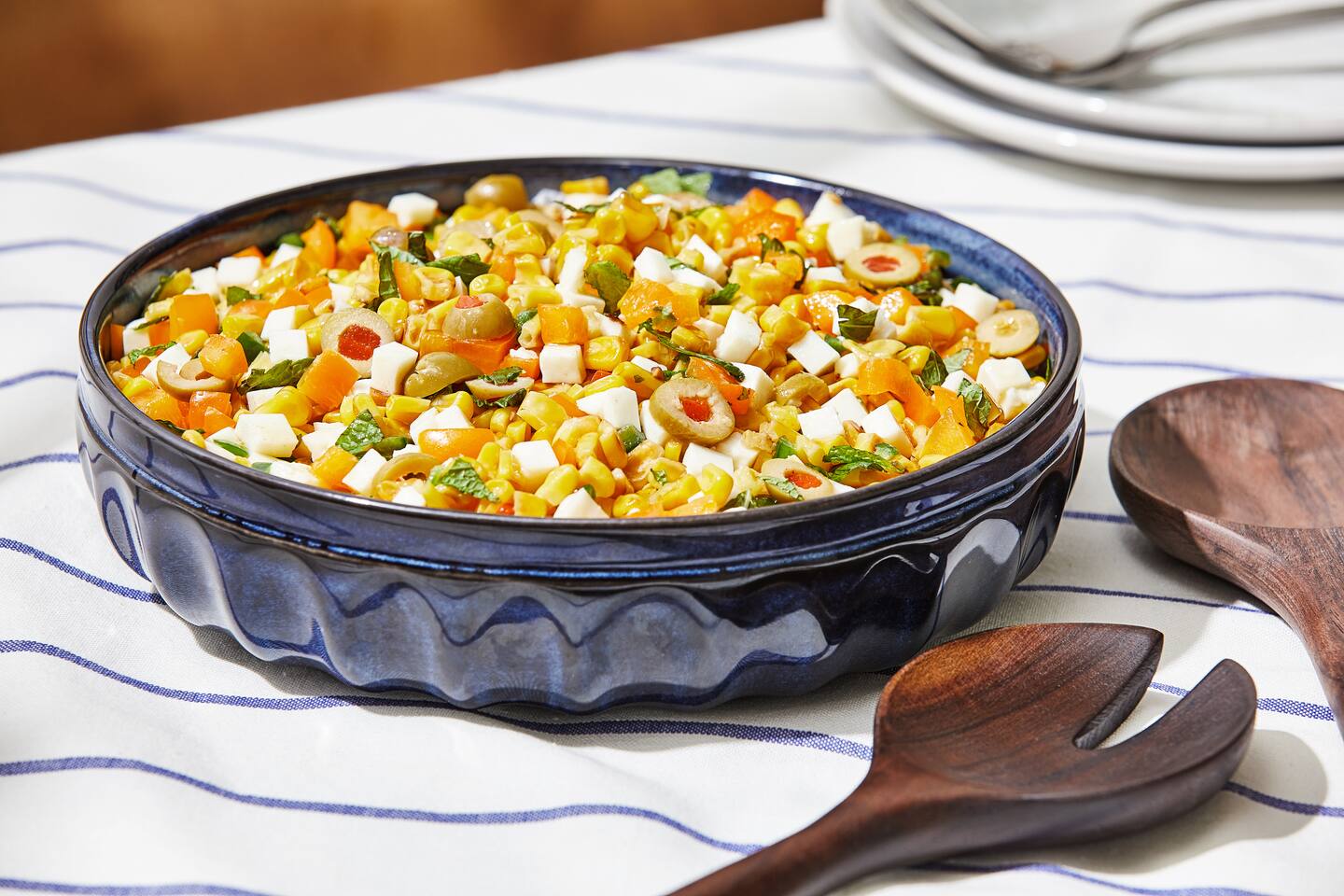 In a large, nonstick skillet over medium heat, heat the oil until shimmering. Add the corn in a single layer and cook without stirring until the kernels sizzle and pop and start to caramelize, 3 to 4 minutes. Toss the kernels well — they will have browned in spots — and spread out in a single layer again. Cook until the kernels are browned all over, about 3 minutes more. Remove from the heat and allow to cool slightly. (If your skillet is smaller, you may need to cook the corn in batches.)