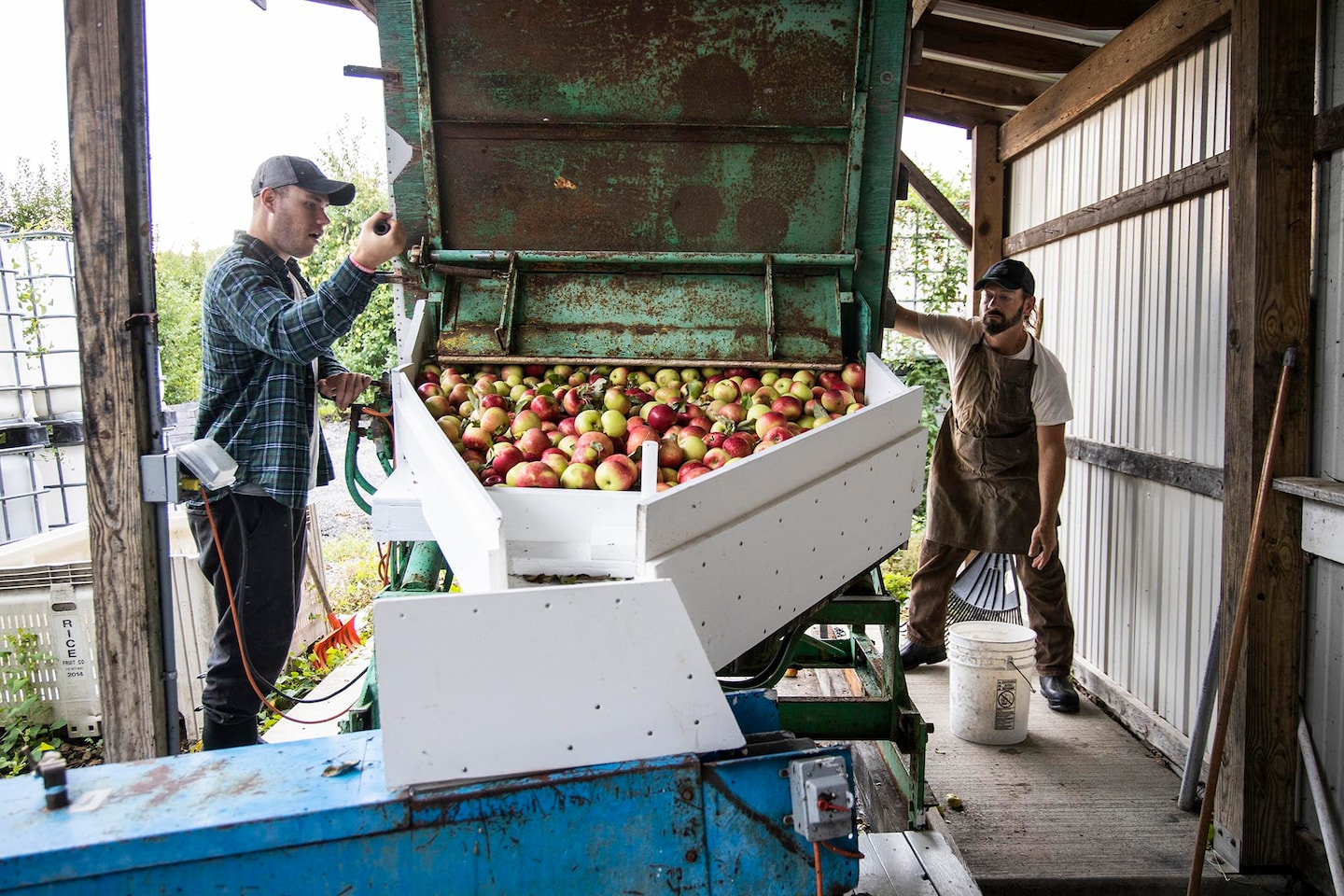 In 1991, there were 10 cideries in the United States, Dan Pucci and Craig Cavallo wrote in “American Cider: A Modern Guide to a Historic Beverage.” As of 2020 there were nearly 1,000 cideries in the country. By contrast, according to the Brewers Association, there are nearly 9,000 breweries, including craft and lager. “Beer is made from water, wine is a higher price point, cider’s not good enough for a lot of wine drinkers, and we’ve ended up at a beer price point,” Lehman said. “We’re not made of water, we’re made from juice. We have more dollars in every gallon produced, less margin, and that’s a lot of the reason why cider is only as big as it is.”