Crypto’s plummet tests the durability of a hype-driven industry 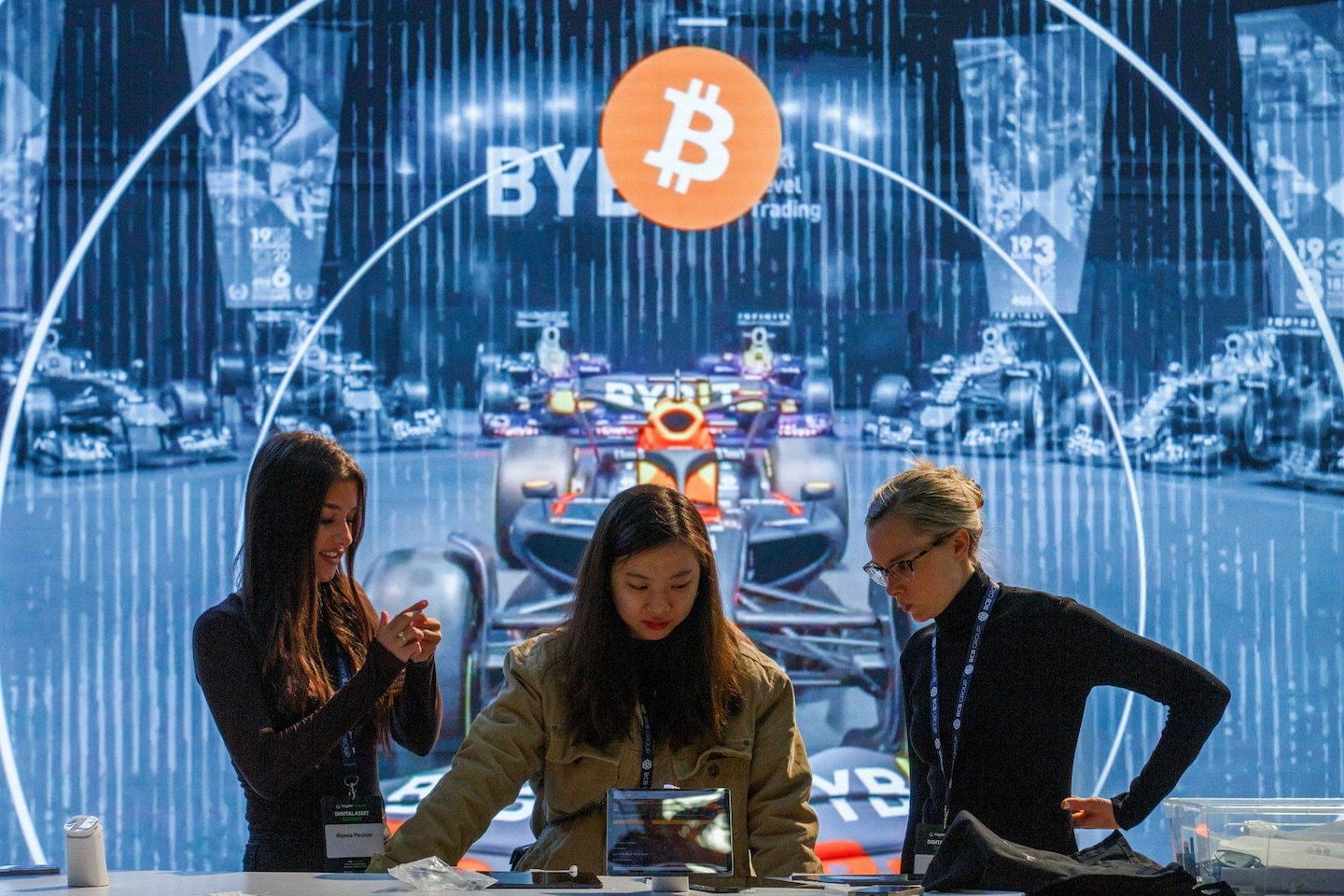 An earlier version of this story gave an incorrect title for Janet Yellen. She is Treasury secretary. This version has been corrected.

Amid a collapse in many cryptocurrency prices this week, fans of the Washington Nationals might have spotted an odd tweet from the baseball team’s account. “Crypto 101,” it read, as an embedded video played clips of Nats stars in action and a voice-over introduced basic concepts of digital money. “You have questions. We’ve got answers.”

Terra, the crypto company that sponsored the tweet, could have started by answering some questions about itself.

The company earlier this year signed a five-year, $40 million promotional deal with Washington’s baseball team that includes introducing its cryptocurrency as a payment method at the ballpark as soon as next year. Yet that digital coin, a type of crypto known as a stablecoin because it aims to keep its price at $1, has been in free-fall this week. TerraUSD, or UST as it is known, was priced as low as 30 cents on Wednesday and was trading around 40 cents Thursday evening (crypto trades around the clock).

It isn’t clear yet what sent UST into a tailspin. But the cratering of what had been the third-largest stablecoin by total market value points to a wider reckoning for a hype-fueled asset class that is deflating as dramatically this year as it inflated in 2021.

A sell-off over just the past seven days has erased more than a quarter of the value from the global crypto market, according to CoinMarketCap. Most dramatically, UST’s sister coin, Luna, lost almost all of its value in the past week, all but wiping out most people who had invested in it.

And interest in crypto trading overall seems to be cooling off. Coinbase, the largest U.S.-based crypto trading platform, posted a first-quarter loss of $430 million on Tuesday as its stock continued a slide that has it down nearly 77 percent this year. The exchange reported that its active monthly users dropped to 9.2 million in the first quarter of this year, down from 11.4 million in the previous quarter.

An ex-cop fell for Alice. Then he fell for her $66 million crypto scam.

Bitcoin, the world’s most popular cryptocurrency, dropped below $29,000 on Thursday, down 59 percent since its all-time high in November. It is now trading below its 2021 low, meaning investors who bought it as popular interest in crypto surged last year are now in the red on their investments. In total, an estimated 40 percent of bitcoin holders are underwater on the asset, according to a new analysis from crypto analytics firm Glassnode.

Ethereum, also widely held, has more than tripled since December 2020 but is down 60 percent since its all-time high six months ago. Yet the most popular stablecoin, Tether, has not seen a similar drop, though early Thursday it dipped to 95 cents, worrying investors, before rising again to 99 cents several hours later. It does not use algorithms the way UST does; the latter is an unorthodox method that essentially relies on trades instead of assets to back it up, which may be responsible for its plummet.

The plunge in crypto prices tracks a broader move by investors to dump risky assets, such as tech stocks, as the Federal Reserve hikes interest rates to battle inflation. The tech-heavy Nasdaq has fallen 11 percent since last Thursday. Giants like Netflix and Meta are among the companies that have been hit hardest in 2022 — Netflix has dropped 74 percent in the past six months, while Meta, Facebook’s parent, has fallen 45 percent over that time.

But the downturn in the crypto market is particularly stinging for the upstart industry. It comes just as industry leaders saw the technology gaining the type of institutional adoption they hope will push it irreversibly into the financial mainstream.

Institutional players have overtaken retail investors on Coinbase, for example. Mom-and-pop traders accounted for a third of the volume on the platform last year, down from 80 percent in 2018, according to new research from Morgan Stanley. And Wall Street firms continue edging into the sector. Goldman Sachs in March executed its first over-the-counter trades of bitcoin options; BlackRock last month announced it is investing in the stablecoin company Circle Internet Financial.

Tyler Gellasch, founder of the nonprofit Healthy Markets Association, said traditional financial institutions have missed too many years of booming crypto values to be dissuaded from the crypto market now. “Concerns over fraud, volatility, and regulatory uncertainty kept many traditional financial firms on the sidelines for the boom in digital assets,” he said. “After several years of missing out on the profits, many in traditional finance have just recently committed to getting involved in digital asset markets. I’ll be surprised if they immediately U-turn now. They’ve committed too many resources to figure out how to offer something to their customers.”

Crypto’s challenges could also tarnish some of the entities that have aligned with it. The NBA, for example, has bet big on it, with the Warriors, Mavericks and Heat all making splashy deals with crypto companies — a potential optics issue as all three teams play postseason games this week. The specter of companies like Coinbase (the league’s official crypto-platform partner) and FTX (which has deals for arena branding with the Warriors and Heat) pushing their services as the sector craters is an awkward look for a league that likes to position itself as younger and smarter than its counterparts.

Some academic experts say the volatility is nothing new in crypto and cautioned against reading a fundamental meaning into this week’s crash or the larger drop over the past six months.

“We’ve been to this movie before,” said David Yermack, professor of finance and business transformation at New York University’s Stern School of Business who closely studies crypto and the economy. “There was a big drop in 2014, and then in 2018, there was a ‘crypto winter,’ and many smaller episodes in between. It’s just very volatile. And we may see that again — in both directions.”

He said he did not foresee any contagion to the larger economy or other investments. “The total market cap of the crypto economy is $1.3 trillion, which is so much smaller than what people invest in stocks and real estate,” Yermack said. “This is mostly speculation by young people taking a small chance at a big payday.”

Those people, however, were feeling the pain, particularly from Luna. A Reddit forum devoted to the currency this week featured dark storiesof people who say they lost money on the Terra currency.

“Lost $15,000,” wrote a user named No-Forever2056. “I got greedy hoping to get more money so I can at least afford a down payment for a house for my family. I guess no house and savings then.”

Another, going by the handle CryptographerTop8162, wrote, “my friend and ex-colleague (my manager for 15 years) tried to commit suicide this morning. He basically moved all of his savings to crypto in 2021 and LUNA was a massive player in his portfolio.”

Other financial giants are signaling they see no reason not to make it easier for everyday Americans to invest in crypto, despite pushback from Washington policymakers. Fidelity Investments last month said it will become the first major retirement plan operator to allow investors to put some of their 401(k) savings into bitcoin. The announcement drew criticism from the Labor Department and a pair of Democratic senators — Elizabeth Warren (Mass.) and Tina Smith (Minn.) — who wrote the company asking it to address the “significant risks of fraud, theft and loss” associated with the assets.

Warren said this week’s meltdown in crypto prices underlines the danger for retirees. “We can’t put Americans’ life savings and retirement on the line when unregulated and unstable crypto gambles crash,” she said in a statement.

But Fidelity showed no signs of backing off. Company spokesman Eric Sandwen said Fidelity is offering “a responsible solution for plan sponsors who want to meet the demands of mainstream interest in crypto and provide their employees with exposure to digital assets.” He said the company is providing “institutional consumer safeguards,” including investing limits and education, and will continue to discuss the matter with policymakers.

But Fidelity’s 20 percent limit on the amount of bitcoin a 401(k) account can hold isn’t seen as much of a limitation. Morningstar senior research analyst Madeline Hume called the limit “pretty generous, based on the volatility of the asset class,” adding that Morningstar, an influential investment research firm, isn’t recommending crypto to investors focused on their retirement.

“The tide of investor sentiment can turn quickly, as we’ve seen,” Hume said. And investors lack protection that more heavily regulated investment tools offer. “There’s no prevention against insider trading in crypto at the moment. Investors can be trading behind the flow of information in the market, which is a significant risk.”

Some say a longer view will reward those with a greater risk appetite. Professional crypto investors note that the industry has weathered crashes before and that the ongoing sell-off was inevitable. “Prices had to come back down to earth, and it happened,” said Abraham Chaibi, co-founder of crypto trading firm Dexterity Capital. “This is not an existential crisis for crypto by any means.”

In the world’s first crypto war, uncertainty about who will benefit

“If you look back at the dot-com era, Webvan and Pets.com crashed and went away quickly too,” he said. “But that didn’t mean that we wouldn’t want to shop for groceries or pet supplies online. It was just the wrong implementation at the wrong time.”

The crypto crash has not spurred a groundswell of new momentum for creating clearer federal rules for the assets. But UST’s implosion is drawing more scrutiny. The coin relies on complex financial engineering to maintain a steady price, and crypto sleuths are still debating the chain of events that kicked off over the weekend, when UST first slipped to 99 cents. The company did not respond to a request for comment.

Treasury Secretary Janet L. Yellen, testifying before the Senate Banking Committee on Tuesday, said its fate highlighted the threat unregulated stablecoins could pose to the entire financial system. “That simply illustrates that this is a rapidly growing product,” she said, hours before the Nats posted their Terra-sponsored tweet, “and that there are risks to financial stability, and we need a framework that’s appropriate.”