Abortion feels hyper-polarized. But what if it’s not? 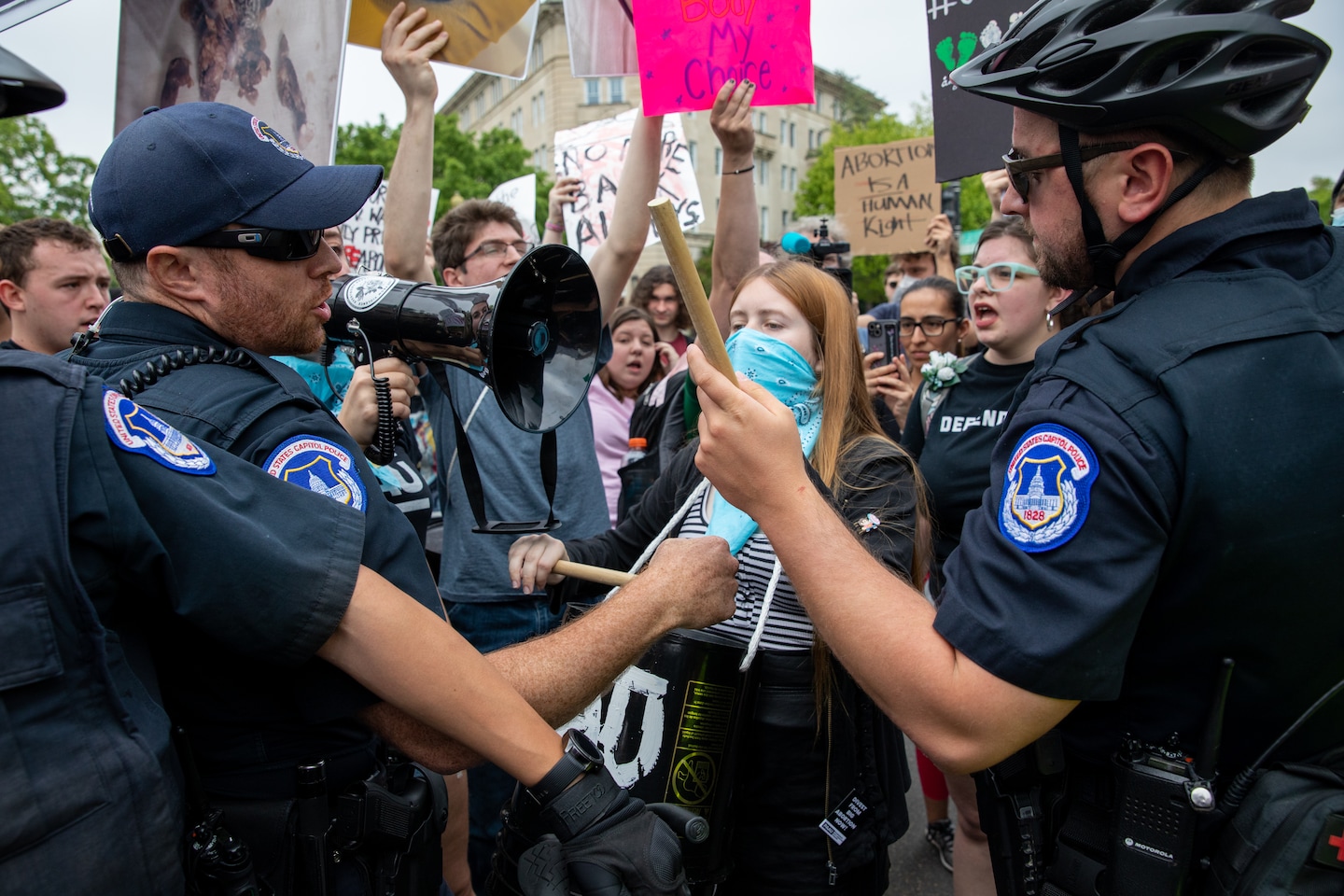 The leaked Supreme Court draft opinion on Roe v. Wade has reminded Americans that divisions over abortion are deep, that the issue is far from resolved and that the conflict remains red-hot.

That last part, though, was never a given — and may not even be accurate.

Data show that Americans hold nuanced views about abortion, that they see gray areas and that their attitudes are contingent upon a variety of circumstances, such as how far along a pregnancy is or how risky it is for the mother. According to a recent Pew Research Center survey, relatively few Americans hold absolutist views on abortion: Only about 1 in 5 say it should be legal in all cases, and fewer than 1 in 10 say it should be illegal without exception.

So why does our abortion debate feel completely inflamed? Because it has been exploited.

In her 2021 book “High Conflict: Why We Get Trapped and How We Get Out,” journalist Amanda Ripley explains what can turn disagreement — inevitable in any group or community — into potentially ruinous “high conflict”: a moment “when conflict clarifies into a good-versus-evil kind of feud, the kind with an us and a them.”

In high conflict, the nuanced middle flees the debate, leaving only the most extreme voices to shout from their two distant poles. The threats feel existential. And the normal rules of engagement — the ones that allow a society to function — cease to apply.

Karen Tumulty: Politics has obliterated the common ground on abortion

The runaway blaze of high conflict is stoked by what Ripley calls “conflict entrepreneurs”: those who have something to gain from the conflict’s continuing, and who thus help it along rather than seek to tone it down, bundling conflicts together to make them feel worse and more distressing. These people delight in the fight, and in adding fuel to the fire.

When it comes to abortion, there are many such entrepreneurs — whether it’s GOP candidates trying to rally the base by painting their across-the-aisle counterparts as unrepentant baby-killers, or Democrats building their brand by painting a post-Roe world in the galvanizing colors of fear.

Whole lobbies live off abortion as a salient conflict, especially on the right. (That’s partly why the Supreme Court leak felt like such a “dog catches car” moment: If you’ve campaigned, fundraised and organized for decades on the cause of overthrowing Roe, what do you do once it has happened?)

In certain instances, the entrepreneurs are barely interested in abortion at all. Some individuals and organizations are served by any conflict that pits two sides against each other — that makes partisanship and polarization more entrenched, and that drives up emotions of loathing and anger. Our former president was one: For most of his public life, Donald Trump identified as pro-choice. By the 2016 election season, he was telling lurid tales about how his former allies would “rip the baby out of the womb in the ninth month on the final day.”

This domination of the scene by inflammatory actors is tragic. Because conflict, when managed well, can be productive. As Ripley writes: “Most conflict, after all, is a force for good. It allows us to defend ourselves, to speak our mind, and pushes them to be better. And vice versa.”

When not calcified into a state of high alarm, conflict can be positive — it can force us to reckon with our own beliefs and those of our neighbors. Conflict can motivate us to be better people, and compel us to seek solutions that might actually create radical and productive societal change.

At the heart of the abortion question is the basic problem of unexpected pregnancies. Both sides could come together and lessen their number, if they were to direct their energies toward that task instead of ratcheting up the rhetoric. Expanding access to contraception is an easy compromise that could lessen the need for abortion. Free, high-quality pre- and postnatal care, combined with expansive economic and social support for parents and children, would make choosing parenthood a less daunting prospect.

It would be naive not to acknowledge that there is an incommensurable issue at the base of all of this. There are some who wholeheartedly believe that abortion at any stage is the murder of a human. There are others who believe with the same intensity that abortion access at any point in a pregnancy is necessary for women’s equality and autonomy.

But we live with incommensurables all the time. We have to. The constructive approach is one of curiosity and recognition — a commitment to finding the common ground that must and always does exist, and to not throwing more fuel on the fire.