Biden pivots to Asia as Ukraine war rages on 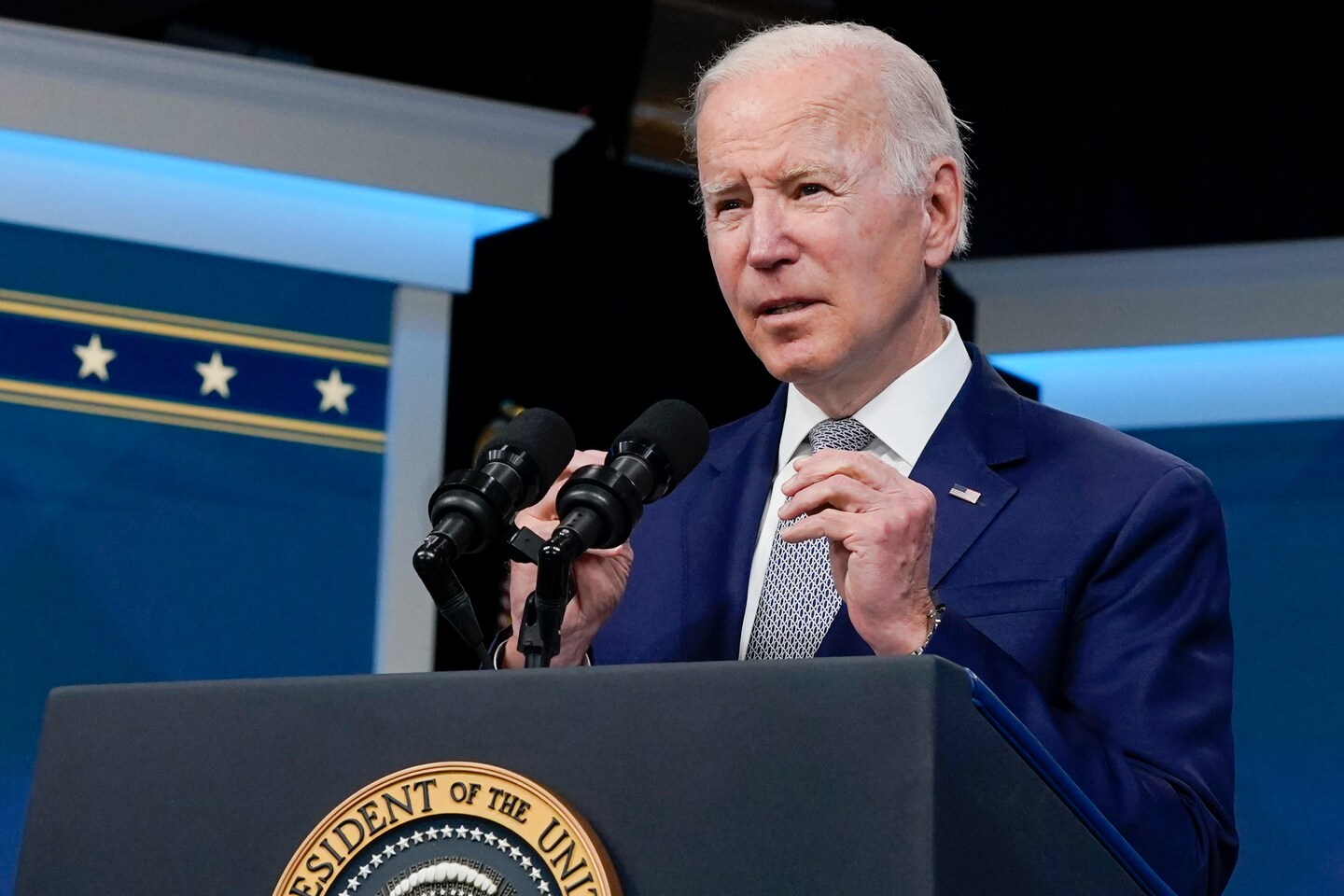 You’re reading an excerpt from the Today’s WorldView newsletter. Sign up to get the rest, including news from around the globe, interesting ideas, and opinions to know sent to your inbox every weekday.

The past couple of months marked a rallying moment for the geopolitical West. The Russian invasion of Ukraine triggered a sweeping, united response from Europe and its allies across the Atlantic. It led to far-reaching, coordinated sanctions on Moscow. It provoked a new, steely approach from many Europeans to diplomatically and militarily confront Russia. And it spurred the imminent expansion of NATO, an alliance cast by critics not long ago as an obsolete relic of the Cold War.

The United States and its E.U. partners are flooding Ukraine with weaponry and aid. By some accounts, the Biden administration alone has mustered more funding for Ukraine in recent weeks than it is committing in the next fiscal year for fighting the planetary peril of climate change.

Yet in Washington, there remains a large elephant in the room: China. New battles with the Kremlin have enervated the doyens of the city’s foreign policy establishment, many of whom cut their teeth during the Cold War. But the Biden administration is trying to show that it hasn’t lost sight of its key 21st century “strategic competitor.” And it recognizes that its contest with China requires closer partnerships well outside Europe.

A new push started this week. On Thursday evening, the White House hosted a dinner with eight leaders of the Association of Southeast Asian Nations (ASEAN) as a part of a major U.S.-led summit with the regional bloc. On Friday, the Southeast Asian delegations are slated to continue discussions at the State Department before a plenary session with President Biden. Next week, Biden will embark on a five-day trip to South Korea and Japan, culminating in another meeting of the “Quad” grouping with Australia, Japan and India.

U.S. officials recognize that a decade of talk about a strategic “pivot” to Asia has yet to yield concrete results. “Several administrations in succession in the United States have tried … to launch more fundamental efforts, policies, frameworks in Asia, East Asia, Indo-Pacific, and found themselves stymied or misdirected or directed toward other pursuits,” said Kurt Campbell, the White House’s lead official on Indo-Pacific policy, in a speech this week at the Center for Strategic and International Studies in Washington. “And that has been something that I think all of us are deeply aware of in the formulation and execution of policy.”

The Biden administration aims to show that its heavy involvement in the Ukraine war is not a distraction from its priorities to the East. But it is climbing an uphill road with ASEAN countries, where many officials lament a lack of American engagement, especially during the years of the Trump administration.

Rasjid stressed the need for the U.S. government and private sector to compete economically with China in the Southeast Asian market. Since 1999, China has been ASEAN’s biggest trade partner. In 2020, trade between China and the bloc reached to $685 billion, roughly double the figure of U.S. trade with Southeast Asia. (U.S. officials have announced agreements this week that add up to about $150 million in new investment.)

“We always say we’re not closer to China [than the United States],” Rasjid said. “It’s just that there are so many Chinese companies that are at the doorstep of ASEAN and want to invest. For us in Indonesia, we are open to investments.”

Trade will feature prominently in discussions Friday, with the Biden administration pushing forward its proposed Indo-Pacific Economic Framework (IPEF), a new mechanism to make up for the collapse of the long-mooted Trans-Pacific Partnership free trade agreement with Asian countries abandoned by the Trump administration. Critics, though, see it as a patchwork approach to regional trade that’s still light on specifics and which may be of limited merit to ASEAN countries.

“The results will do little to change the basic economic balance between the United States and China,” wrote James Crabtree, executive director of the International Institute for Strategic Studies-Asia. “The IPEF will ultimately leave the Biden administration reliant on the same old, unbalanced strategy, where Washington must focus on its military and security heft to prop up its regional influence.”

No FTA negotiations. IPEF is a “far cry” from TPP, she says.https://t.co/LgapJqU6Nt

That raises other wrinkles in the relationship. Lawmakers in Congress and officials in the administration have been disappointed in ASEAN’s tepid response to the Russian invasion of Ukraine. Only Singapore pushed through direct sanctions against Moscow. A handful of countries, including Indonesia, issued statements condemning the invasion, but without explicitly mentioning Russia. The difference of views rankles many in Washington, a city animated once more by the pursuit of great power rivalry.

But few countries in Asia want to yoke their foreign policy that close to the United States.

“An approach that invokes a clash between democracy and autocracy will only risk alienating governments that do not look at the world in such absolutist and simplistic binary categories and have no wish to be forced into them,” wrote Bilahari Kausikan, a former top Singaporean diplomat. “The Biden administration would be ill advised to pursue such ideological projects much further in Southeast Asia.”

Analysts advise a more clear-eyed pragmatism on the part of the Biden administration, which has largely muted its concerns about democracy and human rights in some ASEAN countries dominated by single-party regimes.

“The ASEAN approach is not a matter of colonialism or historical hostility or sentimentality, it’s a classic balance of power game,” Renato Cruz de Castro, an academic at De La Salle University in Manila, told Politico. “China’s economic presence is growing, but ASEAN countries are generally suspicious of China.”